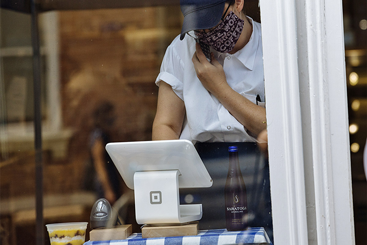 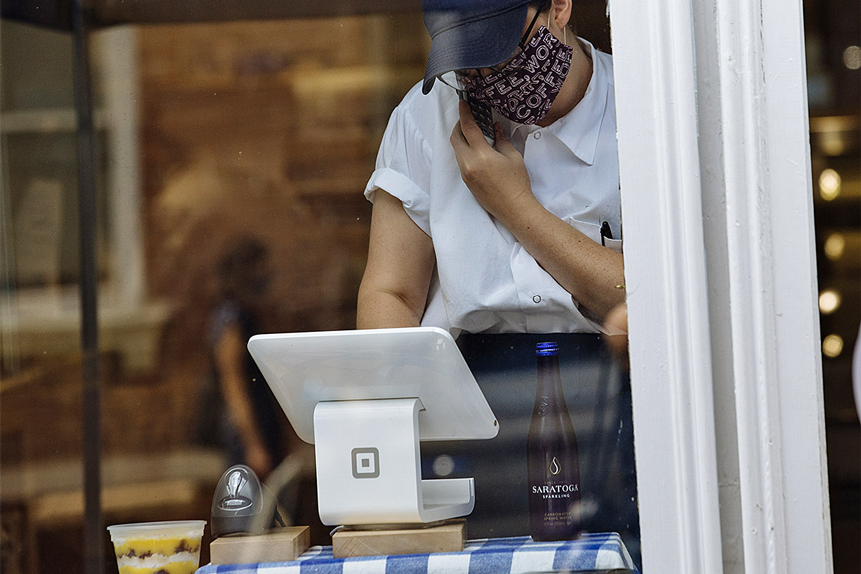 The death of cash has led to the rise of digital payment solutions providers. After closing at $155.23 on 2 November, Square’s [SQ] share price is up a whopping 148% year to date and a phenomenal 380.1% from its 52-week low of $32.33, at which it bottomed out on 18 March. Could Square’s share price climb even higher when it reports its third-quarter earnings on 5 November?

Square’s share price hit an all-time high of $193.44 on 14 October following a price target lift from Susquehanna. Jamie Friedman, an analyst at the firm, raised his target from $180 to $195. Although Square’s share price has since pulled back slightly, a strong earnings call, supported again by Square’s Cash App, could help drive the stock higher. 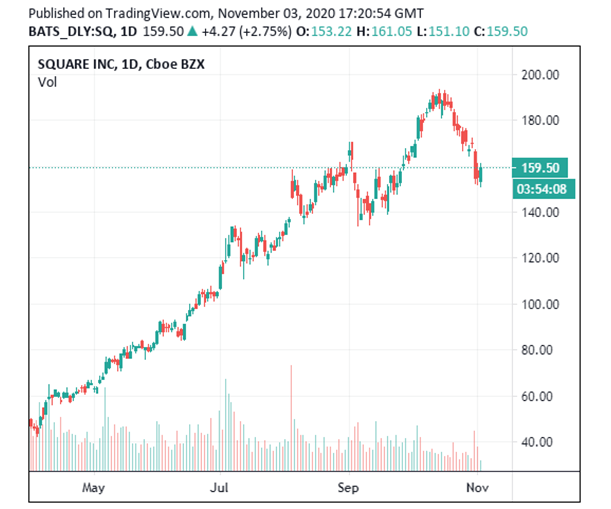 The steep loss in the three months to the end of March was attributed to the impact COVID-19 was having on total payment value, and saw Square’s share price dip.

Square had seen a slowdown in the first quarter as people lost income and initially reduced their online spending. Nevertheless, the company’s peer-to-peer platform, Cash App, brought in $528m of the $1.38bn total revenue — $306m of which was through bitcoin.

Cash App was the driving force behind Square’s second-quarter 2020 earnings and share price rally. The app generated $1.2bn in revenue and delivered a profit of $281m, which represented year-over-year growths of 361% and 167% respectively. Although total payment volume dropped 15% from the year-ago quarter, online payments made using Cash App were up by circa 50% from Q2 2019.

The trend is likely to have continued throughout the third quarter, and could see Square’s share price continue to rally. Square hasn’t provided any guidance but the company’s CEO Amrita Ahuja did say on the Q2 2020 earnings call that $100m would have been invested in sales and marketing investments to drive growth in Q3 2020 and beyond. Jack Dorsey added that Cash App is seeing mainstream adoption and is “broadening the base of people that we can actually reach”.

In the near-term, the lack of a fresh stimulus deal is likely to be a headwind for Square’s share price, as millions waiting on cheques will reduce their spending once again. That said, Susquehanna’s Friedman isn’t overly concerned.

“Although Square’s Cash App is likely off its stimulus-driven highs, the suggestion it’s still growing faster than its [pre-COVID-19] levels implies to us it’s here to stay,” he wrote in a note to clients, as reported by The Motley Fool.

Friedman said profit from Cash App could have grown by 174% in Q3 2020. However, Susquehanna is expecting revenue to “net out to zero”.

“While Cash [App] revenues may have seen some months of 200% plus growth, we believe some of this has subsided as Q3 did not benefit from consumer relief payments,” he added.

Oppenheimer’s Jed Kelly believes that Square is well placed to grow its total payment volume significantly, especially through Cash App, as more merchants look to digitise their sales. He estimates the company’s addressable market to be $160bn and has forecast profits from Cash App to rise from $1bn in 2020 to $2.5bn in 2022.

Kelly raised his rating for the stock from Market Perform to Outperform and has set a target of $185 on Square’s share price.

In total, Square has 42 Wall Street ratings, according to MarketBeat. 20 are Buy, 18 Hold and four Sell.