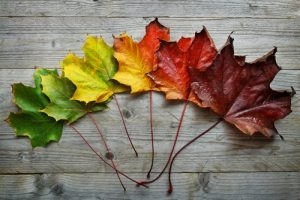 Change is the only constant

What a time to be alive! The current market scenario has left traders, newcomers and experienced alike, gasping in amazement. Where on one side we have a hypothetical currency sweeping away investors off their feet, on the other side we have equities showing off their grip over the bull ladder like never before. And all this is crumbling the aesthetics of presumed tricks of the trade.

Ample of efforts have failed in vain in predicting the highest high. Every record is being continuously broken and new milestones set. Look at Dow Jones – 70 psychological resistances broken in 12 months! US stocks on an average have produced over 20% return last year and this year no fundamentals indicate a change. Robust corporate earnings and promising economic growth are pushing hopes higher.

For the first time since the mid-1950s, we are witnessing a coordinated global economic growth. President Trump’s tax overhaul bill, which was passed in late 2017, lowered corporate tax rates for the first time since it’s lowest in Eisenhower’s 1980s. Not only that! We are also headed for three rate hikes this year. This entire perspective is a lottery ticket for the banks and companies which have cash cooking noodles overseas. The money will now swim back home, and get engaged in massive investments stateside. We expect to see lots of improved dividends and stock buybacks making people happy.

But that’s just the corporate side of things. Since December, gold and 10-year US treasury yields have changed their relationship status. Previously their negative correlation was thought to be a trading bible. But since December things have been going positive. This has happened briefly before in the summers of 2013, 2014, 2015 and 2016. What really matters here is the sentiment behind changing of statuses. When bond yields rise because investors expect faster economic growth, it is clearly bad for gold. But when bond yields jump as traders are afraid of inflation or don’t want to hold the U.S. dollar, it doesn’t have to be negative for the yellow metal. Actually, the opposite might be true – like seen today. January of 2018 has hence seen the highest of the 10-year US Treasury bond yield since 2014, at 2.646% and a bullish sentiment in Gold along with it.

What we are wary of is the repercussion of having fiscal stimulus when the economy doesn’t really need one. This also reflects concerns on the federal deficit rising by $350 billion due to tax cuts. The impending rate hikes also come in when the yields of the US treasuries are at crucial levels. It is breakouts everywhere.

There can never be a rule-book when it comes to functioning in the real world. Every reaction today is defined by actions behind them. Blindly falling into old sayings (read strategies) or word of mouth can be dangerous. 2017 taught us this lesson well. Where traders assumed dollar to strengthen as the rate hike news followed, considerations for this news being priced in was widely ignored. Thus, having a fair knowledge of economic and fiscal dynamics will help assess stock market movements better and help us catch the beneficial side of a trade.