Coronavirus: Will the S&P 500 and Dow Jones drop further? 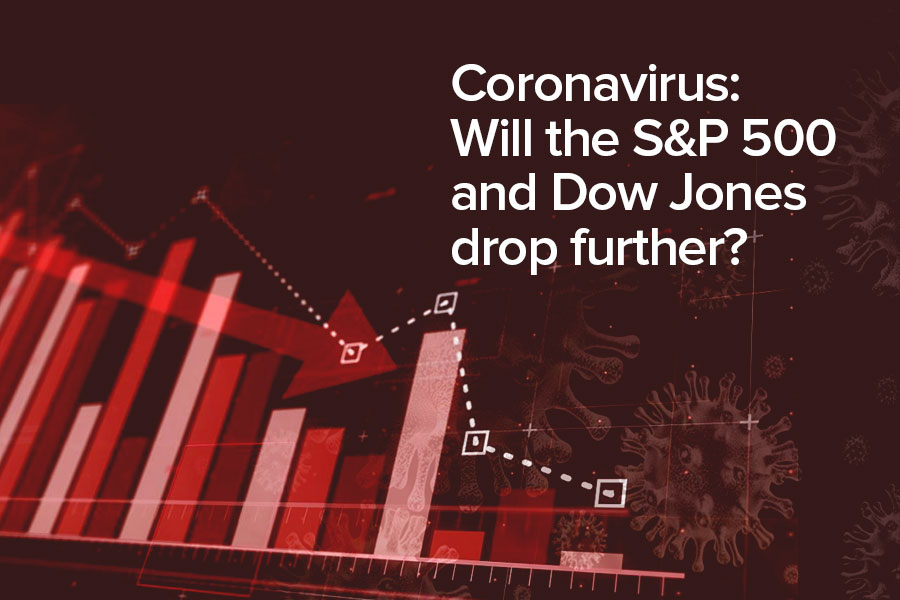 As the coronavirus worsens in the US, will the S&P 500 and Dow Jones drop further? It’s no understatement to say that US markets are going haywire right now. The longest bull run in Wall Street’s history has come to a crushing end. In the chaos, the Street saw two of the worst days on record just a few days from its fourth-ever best day.

Driving these gains were the Fed’s monetary easing policy and the US government’s $2 trillion relief bill – the largest bailout in US history. However, with coronavirus cases growing in the US, are there more falls to come for both the S&P 500 and the Dow Jones?

What could see the S&P 500 and Dow Jones plummet further?

Some analysts think we are facing the deepest recession in history, surpassing the economic impact of the first and second world war. If this does happen – and it’s looking likely – Wall Street, the S&P 500 and the Dow Jones more specifically, could take a big hit.

President Trump has set a goal of reopening the country on 12 April, Easter Sunday. But with the number of coronavirus cases standing at almost 140,000 at the time of writing, the US has a long, hard road ahead of it. In the short-to-mid term, we can expect to see volatility in the market as traders react to the daily coronavirus news cycle.

The first taste of the economic fallout came on Friday and the numbers are stark. Last week US unemployment claims came in at 3.3 million – the highest number on record.

In April, companies will start reporting quarterly numbers, which will likely make for sobering reading.

“Economic data is deteriorating quickly, and we still have few signs on just how severe the economic impact will be. Earnings estimates are falling, and many companies are completely withdrawing guidance, making it tougher for investors to predict how low profits could go.”

Richard Beales’ BreakingViews column on Reuters argues that S&P 500 companies are looking at nine months of no revenue. In these unprecedented times, Beales points out that any attempt to gauge the extent of the damage of coronavirus on the markets right now is a thought experiment.

Lessons from the financial crash

Only recently analysts were speculating over whether the S&P 500 would continue its historic bull run into 2020. Now we know the answer, with the S&P 500 and the Dow Jones having experienced one of the quickest meltdowns in history.

In such turbulent markets, traders might be best looking to the past for guidance. Andrew Adams, an analyst at Saut Strategy, argues that even during the 2008 financial crisis the markets saw big one day rallies. He points out in a note to investors: “major bounces can happen even within a continuing downtrend.”

“The history of huge one-day rallies like yesterday’s is clear and well-known. All occurred in deeply depressed markets, none marking an exact low.”

Santoli urges investors to use ‘near-term caution’ and to be ‘open-minded about how this plays from here, and what history lessons are most germane.’

Have we hit the ‘panic low’?

Speaking to CNBC’s Trading Nation, Canaccord Genuity’s Tony Dwyer suggests that the S&P 500 may have already hit what he calls the ‘panic low’. Dwyer argues that while the low might be tested, the market should rebound:

“Once you make a panic low, you typically have this relief rally,” Dwyer said. “Unfortunately, the vast majority of time you go back down and test that low.”

Dwyer cites the financial and monetary stimulus package that has come into play as reasons for optimism. His strategy is to wait until the S&P 500 tests the panic low again and then buy.

“I know once we bottom out after the COVID-19 weakness has hit its limits, I think the rebound is going to be extraordinary.”