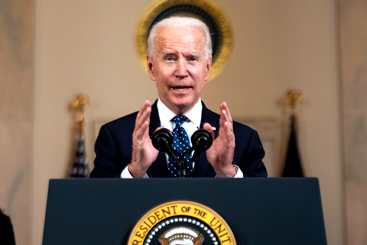 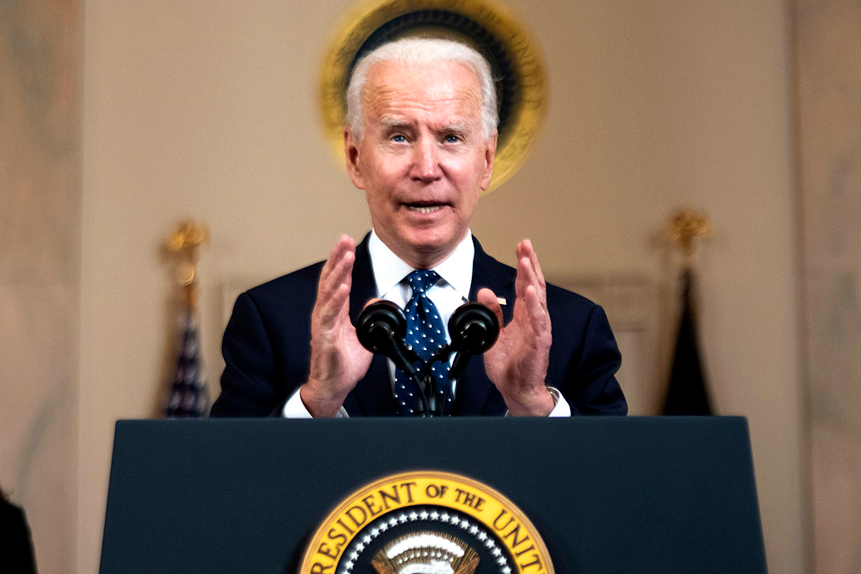 It’s been another eventful few days in the crypto and blockchain space as US president Joe Biden’s tax plan hit the price of bitcoin [BTC].

Alongside this, we’ve picked out three other notable stories from the last seven days – the Bank of England’s announcement of a centralised cryptocurrency, tether [USDT] emerging as a safe haven amid bitcoin volatility, and the former bank regulator who has taken over at the world’s biggest crypto exchange, Binance.US.

Our thematic performance screener shows that the Blockchain theme fell -1.17% last week, as of Friday 23 April’s close, but remains marginally higher over the month, having gained 0.81% over the period.

Both bitcoin and ethereum [ETH] saw a bout of selling on 22 April, after US president Joe Biden revealed proposed changes to the US tax code, including “a plan to nearly double taxes on capital gains to 39.6% for people earning more than $1m”, reported Reuters.

The consensus view is that the downturn is unlikely to be prolonged, due to growing investor acceptance of digital currencies, and because “news-based selling generally reverses”, according to Avi Felman, head trader and portfolio manager at crypto and blockchain investment firm BlockTower Capital. On 25 April, BTC was trading just below $50,000 at $49,844.04, with ETH recovering to $2,311.34.

The Bank of England and the Treasury are creating a joint taskforce to explore a central bank digital currency, dubbed “Britcoin” by UK chancellor Rishi Sunak in a tweet last Monday. The taskforce’s goal is to boost the UK fintech sector after Brexit. The taskforce, which is jointly led by Bank deputy governor for financial stability, Jon Cunliffe, and Katharine Braddick, the Treasury's director general of financial services, will “push the boundaries of digital finance and … propel us forward”, said Sunak.

Part of the rationale behind the move is central bank concern over the growing popularity of cryptocurrencies, with their potential to become important payment systems, according to thisismoney.co.uk’s Camilla Canocchi. Blockchain technology enables individuals and companies to transact without any interference from banks or governments.

If created, the new UK digital coin would, unlike cryptos, “be tied to the value of the pound”, says Jeremy Thomson-Cook, chief economist at business payments firm Equals Money, reports Canocchi. Thomson-Cook adds it could lead to “wider investment into the UK tech sector and lower transaction costs for international businesses.” Looking slightly further ahead, he predicts that “the wider payments landscape will be entirely online within the next decade.”

Tether's price surged to its highest level last week since the “Black Thursday” stock market sell-off in March 2020, rising above $1.004 as bitcoin fell on Sunday 18 April, reports Coinbase’sMuyao Shen. “Tether’s market value has more than doubled from c$20bn at the start of the year, in a sign of traders’ growing embrace of the stablecoin’s convenience and efficiency as the de facto form of cash in cryptocurrency markets”, said Shen. Tether’s market cap is up to $51.86bn as of 23 April’s close, according to Coindesk.

Launched in 2014, tether was one of the first cryptos to peg its market value to a fiat currency; hence its reputation as a stablecoin. Interestingly however, tether’s price diverged significantly from its peg to the US dollar during bitcoin’s most recent price drop. This demonstrates the token’s increasing use as a safe-haven asset, according to blockchain data analytics firm Kaiko, reports Coinbase:

“During a crash, traders will race to sell their bitcoin in exchange for tether, which is similar to the US dollar in that it’s recognised as a temporary safe haven amid extreme price volatility … a sudden increase in buying pressure for tether often has the effect of causing positive drift from the stablecoin’s one-to-one peg.”

Former US Treasury regulator takes the helm at Binance.US

Brian Brooks, a former Coinbase executive and acting comptroller of the currency under former US president Donald Trump, is to become CEO of Binance.US, replacing incumbent Catherine Coley. Brooks left his public sector role in January this year. Under Brooks, the Office of the Comptroller (OCC) published a number of interpretive letters on how national banks can interact with cryptocurrencies, and in particular with stablecoins, reports Coindesk’s Zack Seward and Nate DiCamillo. It could see banks conducting payments using stablecoins, providing crypto custody services and partnering with or acquiring crypto custody providers.

Brooks’ plans in his new role include evolving the crypto exchange into “a more diversified platform [and] not just crypto-asset trading but of other kinds of service.” Intriguingly, Binance recently listed tokens representing fractions of real-life stocks, including Tesla [TSLA] and Coinbase [COIN], reports Coindesk. These tokens allow holders to earn dividend rewards backed by the actual stock, which is managed by a German investment firm.

No doubt investors will be watching developments at Binance.US with great interest.