Datadog’s share price: What to expect from Q3 earnings 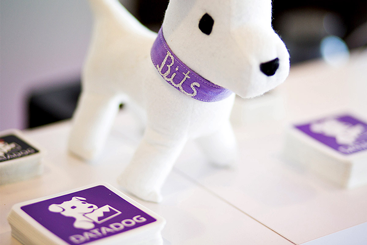 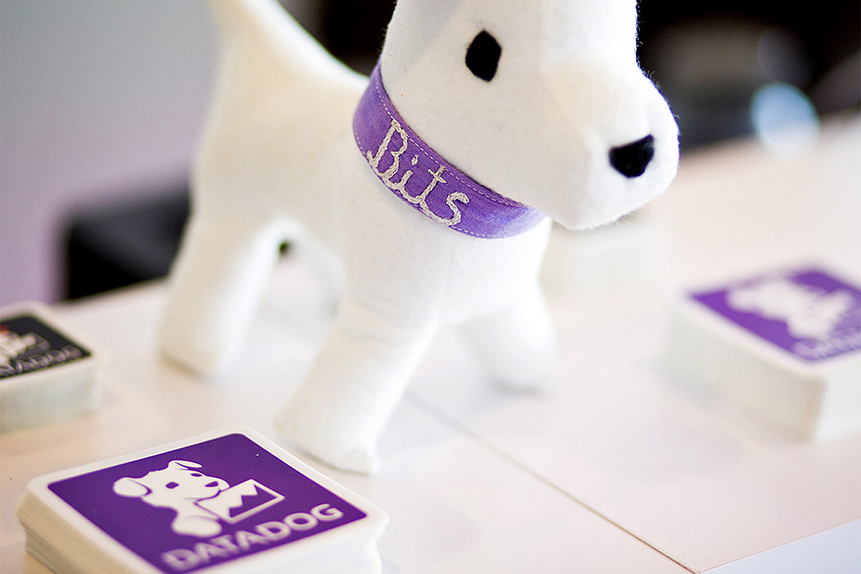 The coronavirus pandemic and resulting shift to remote working has seen Datadog’s [DDOG] share price rise in 2020. The company has benefitted from increased demand for its analytics-based cloud monitoring services this year. Datadog’s share price has soared 247.5% from its 52-week intraday low of $28.88, which it hit on 16 March, to $100.35 at 6 November’s close. As the New York-based company gets set to report its Q3 2020 earnings, can investors expect strong figures to push Datadog’s share price higher?

Datadog’s share price is currently trading 14.1% below its all-time high of $116.87, which it hit on 13 October. The gains it made in the first part of the month followed the announcement of a strategic partnership with Microsoft [MSFT] on 30 September.

Datadog’s share price has more than tripled since its IPO on 19 September last year, when it debuted at $27. It became the fourth software IPO of 2019 to reach a $10bn valuation. 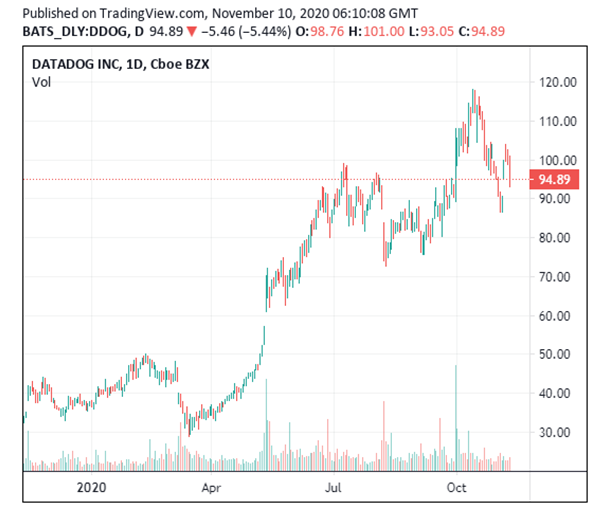 In the three months to the end of June, Datadog’s revenue was up 68% year-over-year to $140m, surpassing the expected $135m.

The company also posted a 400% monster EPS surprise beat. It had been expected to post a $0.01 profit, but reported a profit of $0.05. It continued the company’s hot EPS streak — in the three months to the end of March, it had been expected to report a loss of $0.02 per share but posted a profit of $0.06, delivering an EPS surprise just short of 200%.

Despite the strong figures, it wasn’t enough to prevent Datadog’s share price from tumbling 16.4% in after-hours trading following the earnings call on 6 August.

Growing the customer base

The movement of Datadog’s share price following the earnings announcement will depend on whether the company continues this upwards revenue trend, as well as whether investors believe any good news is already baked into the current valuation.

Attracting and retaining commercial customers during the pandemic has been a challenge for many technology and software companies, despite the increased demand for cloud services and infrastructure. By the end of Q2, Datadog had 12,100 customers, up 37.5% from the 8,800 it had in the year-ago quarter. Its net dollar retention rate was 130%.

Analysts at Berenberg believe that Datadog will continue to see strong customer growth thanks to its expertise in cloud and IT monitoring. They expect the company to take spend from the security market in the long term — more businesses relying on cloud applications means an increase of cyber threats.

Others, like Jonathan Ruykhaver, analyst with Baird, are less enthusiastic. He assigned the stock a Neutral rating and set a price target of $92 on the basis of its high valuation compared to competitors. Splunk [SPLK], for example, could be a slight cause for concern going forward.

“Datadog offers a cloud-native [software-as-a-service] platform primarily addressing observability. This company is well-positioned to benefit from a continued move towards the cloud,” he wrote in a cautious research note released in mid-September, according to Barron’s.

Among 19 analysts polled on CNN Money, the consensus was to Hold the stock, a rating given by 10 analysts while nine rate it a Buy. The median 12-month price forecast given by 15 analysts on the site of $100 would represent 0.3% decline on Datadog’s share price as of close on 6 November.