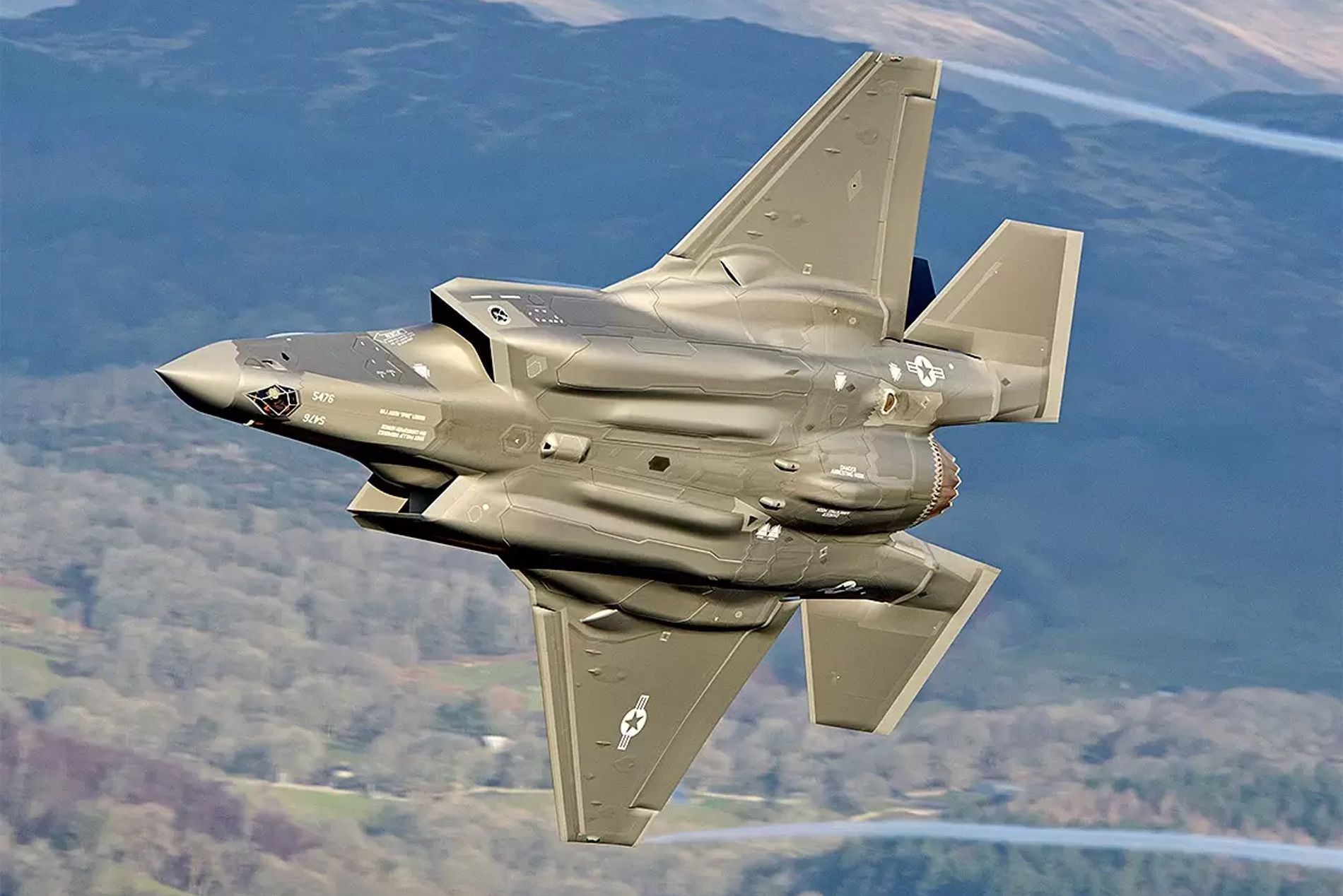 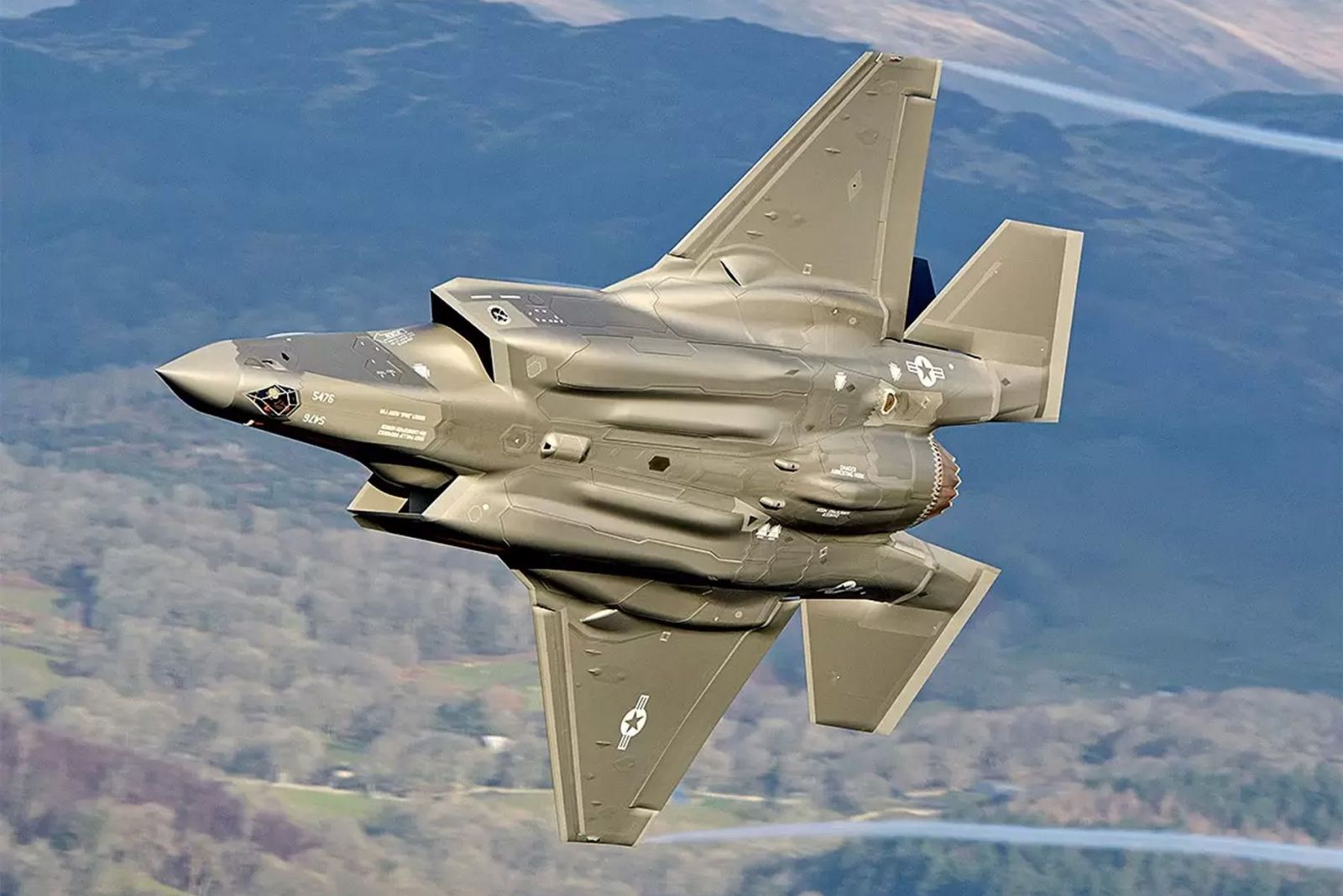 Defence stocks have been rising as governments across Europe pledge to increase spending in response to Russia’s invasion of Ukraine. While the Lockheed Martin share price has gained since the conflict began, particularly following a recent deal made with Germany to purchase its fighter jets, the stock has also dipped after the US cut orders.

Following Russia’s invasion of Ukraine, governments across Europe have been pledging to increase defence spending — sending shares in the aerospace and security tech company upwards.

On 14 March, Germany announced that it was purchasing 35 F-35 fighter jets from US defence firm Lockheed Martin [LMT]. The deal is the first following the country’s pledge to spend €100bn upgrading its military capabilities. The day after the announcement, the stock was up close to 1%.

Shares in Lockheed Martin have gained 12.2% (through 22 March) since the Russia-Ukraine conflict began on 24 February. Its competitor Raytheon Technologies [RTX], which makes the ground-to-air missiles the German government is supplying to Ukraine, has seen a similar price performance, rising 10.5% during the period. Meanwhile, BAE Systems [BA.L] has seen the biggest jump compared to peers, gaining 22.6%.

InvestorPlace’sSamuel O’Brient noted that Germany’s commitment to increase defence spending was “no small thing for a country with this type of history”, referring to its military-averse mindset since the Second World War. “If Germany is feeling pressure to bolster its military and defence systems in this way, other countries are likely to follow suit,” he wrote. “This means that companies that produce military technology and weapons are likely to see a significant spike in demand throughout the coming months.”

The situation in Ukraine is continuing to develop rapidly, and the share prices of companies supplying defence systems have been on a rocky ride as a result.

While Germany’s commitment to defence spending sent Lockheed Martin’s share price up, Joe Biden’s State of the Union address — where the US president pledged a fractional increase in military spending — was seen as bad news for investors. Between 1 March (the day of the announcement) and 3 March, the stock fell 1.9%.

On 16 March, another blow was dealt by the US Defense Department, which announced it was cutting requests for Lockheed Martin jets by 35%, reducing its commitment to fund 94 planes to just 61. The stock had fallen 6% by the end of the day.

While Lockheed Martin’s home country of the US may not have too much of an appetite for increased military spending, governments across Europe do. Denmark has said it will increase military spending to 2% of GDP by 2033, a $2.65bn increase. Sweden, Spain and the UK have also announced plans to increase their defence budgets.

The company’s recent financial results have also not provided too much reason for cheer. In its full-year 2021 results, released in January, it reported fourth-quarter net sales of $17.7bn, up 4.1% from the previous year’s $17bn. For the full year, sales hit $67bn, up from $65.4bn in 2020.

“We delivered significant value back to shareholders in 2021, including $7bn in dividends and share repurchases,” CEO James D Taiclet said in a statement released with the results. On the earnings call, Taiclet added that he expects the “renewed great power competition” to result in increased defence budgets, and therefore more sales opportunities for companies in the defence industry.

Still, Lockheed Martin is well-positioned for the expected continued rise in defence stocks. Looking at the world’s top five defence contractors by revenue, there is only one that hasn’t enjoyed a rise in its share price — Boeing [BA], which is also exposed to the civil aviation industry and made the headlines this week after one of its 737 aircraft crashed in China.

Analysts weigh in on the Lockheed Martin share price

According to MarketScreener, analyst attitudes to Lockheed Martin’s stock price are mixed, with 11 rating the stock a ‘hold’ and five a ‘buy’. One analyst rates the stock ‘outperform’.

But price targets for the stock have been rising. On 8 March, Jefferies upped its target from $375 to $505, with analyst Sheila Kahyaoglu citing increases in defence spending as her reason for boosting the stock price target.

Source: This content has been produced by Opto trading intelligence for Century Financial and was originally published on www.cmcmarkets.com/en-gb/opto/defence-stocks-rally-bolsters-the-lockheed-martin-share-price.