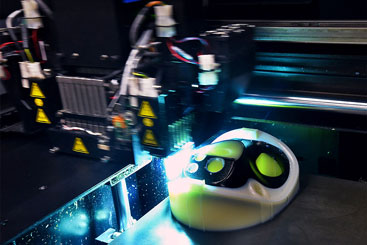 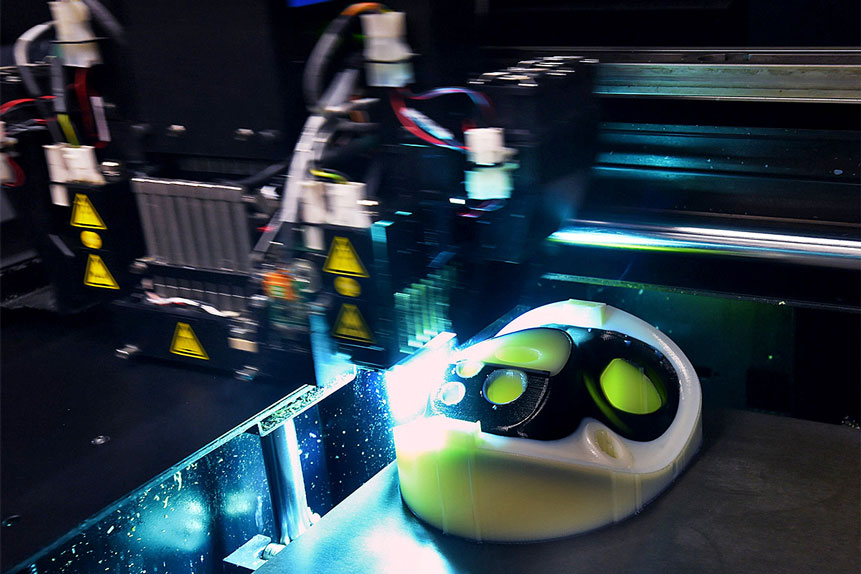 The passively managed ARK 3D Printing ETF [PRNT] had a good start to the year so far, climbing 58.7% to a peak of $49.95 on 9 February. It has been unable to maintaining these lofty heights since, falling to $38.92 at the close on 16 April.

Furthermore, the ETF has seen a vast improvement since the coronavirus pandemic heavily dented the fund’s share price last year. In the past 12 months (to 16 April), the ARK 3D Printing ETF climbed 118.5% and as of close on 16 April, it was up 23.7% so far in 2021.

As of 19 April, the ARK 3D printing ETF boasted net assets of $577m, while the year-to-date total daily return, according to data from Yahoo Finance is 22.89%.

The ARK 3D Printing ETF, which is composed of firms engaged in the 3D sector, including hardware, software and materials, has 56 holdings. As of 17 April, ExOne, a 3D Printing manufacturer, was the largest weighted holding at 6.39% of the fund, MGI Digital Graphic Technology was weighted 4.88%, and 3D Systems Corporation 4.84%. Next down the list was IT giant HP 4.81%, dental industry-focused printer maker Straumann which constituted 4.79% of the holdings while Internet of Things (IoT) software provider PTC was weighted at 4.45%.

Recent orders include a 3D printing factory pod in a shipping container for the US Department of Defense, which can be deployed into battle zones or disaster relief operations.

“With a record year-end backlog, strong interest in our core binder jetting technology, and expansion into new product areas like bound metal and sintering furnaces, we remain optimistic about our future,” said John Hartner, CEO of ExOne.

PTC shares have grew 22.2% so far in 2021 to $146.16 on 16 April as first-quarter revenues climbed 20% to $429m, boosted by increasing adoption in industrial markets of technologies incorporating software-as-a-service (SaaS).

Straumann, meanwhile, has been supported by an increasing prevalence of so-called digital dentistry. This has included the printing of dental parts, while 3D systems have also seen demand from healthcare for printed face masks and ventilator parts.

Remodelling for the future

The ARK 3D Printing ETF has, as it has outlined, clearly benefited from manufacturing and industrials companies embracing innovation. The need to change business processes and models in the pandemic has also given 3D printing a boost, as manufacturers look towards more local production methods to smooth out bumpy supply chains.

The technology has also proved effective during the crisis in the health and pharmaceutical sector by helping with the production of much-needed personal protective equipment (or PPE), as well as medical and testing devices.

According to Statista, the global market for 3D printing products and services is expected to reach nearly $41bn in 2024 at a compound annual growth rate of 26.4%.

The pandemic has helped “jump-start” demand, and 3D printing is “just scratching the surface”, Tom Lydon wrote in ETF Trends. In particular, printing for end-use parts and prototypes are reaching only 1% and 40–50% of their market potential, respectively.

However, there are some potential warning signs for investors, mainly around Ark 3D Printing ETF’s shareholding. Bloomberg data has shown that the recently launched ARK Space Exploration and Innovation ETF [ARKX] is the largest shareholder of the 3D-focussed fund. The ARK 3D printing ETF is the second-largest holding in the ARK Space Exploration and Innovation ETF, weighted at 6.02%.

“[The ETFs] are propping one another up. It’s a little bit cheeky,” Kenneth Lamont, Senior Fund Analyst for Passive Strategies at Morningstar, told the Financial Times. “There is something a little bit strange in it, especially considering the liquidity issues around thematic funds. You are really adding another layer of complexity.”

Lamont noted that the quick sale of one would impact the other. “Their destinies are conjoined to some degree,” he said.

Yet, the message regarding ARK Invest’s interlinked ETF need not detract from the ARK 3D Printing ETF as a whole, as this is a potentially exciting time for 3D printing.