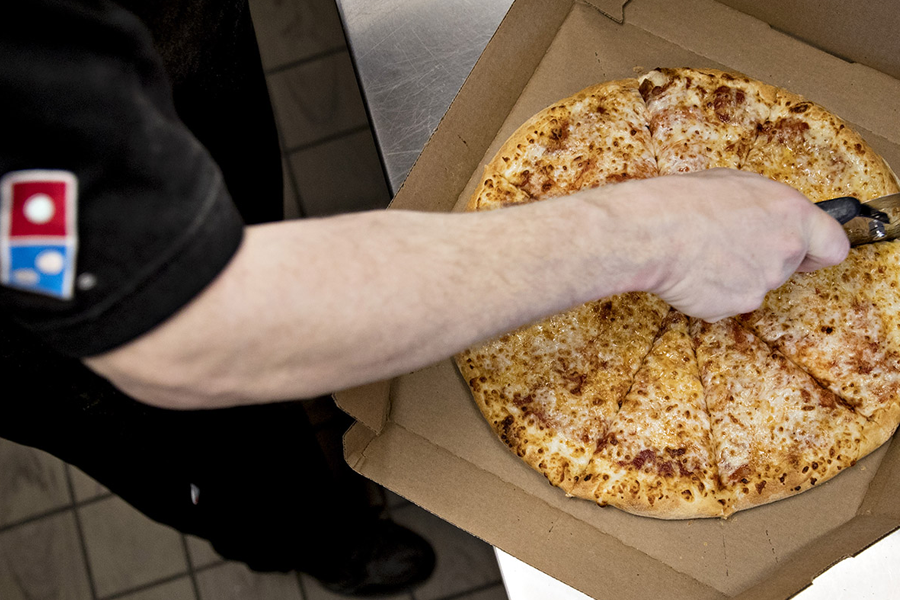 It is 16 years since Google and Domino's Pizza joined their respective stock exchanges in the US and, despite the plaudits received by the former and its FAANG peers, it's the pizza takeaway chain that has arguably relatively better share price performance of the two.

Domino's share price performance is one that you would come to expect from a technology giant. Google and now Alphabet’s share price, for example, has climbed 1,543% since its IPO offer price of $85 a share (through 29 June). 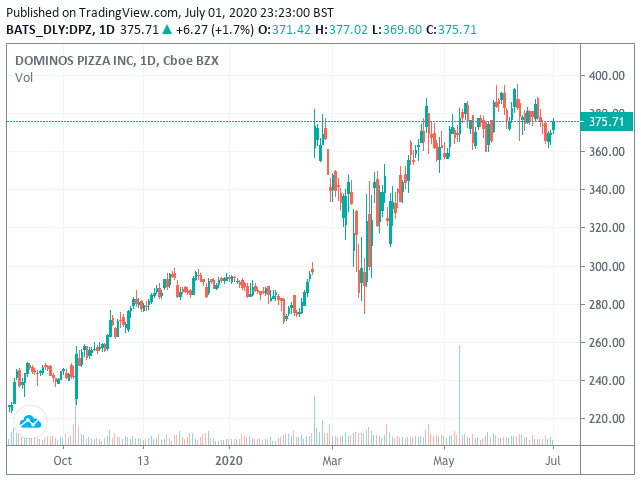 Putting tech at the heart of pizza

Despite techs dominance over the stock market, Domino's outperformance suggests that staple businesses can and do become top traded stocks. It’s not alone, one of its biggest competitors in the pizza delivery space, Papa John's International [PZZA], has risen 4,238% since its IPO, more than a decade before Domino’s Pizza in 1993.

In the early years, it was Google that was the more dominant of the two. The company profited from the growth of the internet, which drove up its advertising revenue.

But while everyone loves pizza, Domino's Pizza’s original focus was about getting affordable products to customers as quickly as possible. It developed a reputation for poor quality pizza, and as a result, the stock had an underperforming price-to-sales ratio from 2009 to 2010, according to the Motley Fool.

Over the years, the company has revamped its whole recipe and menu. Behind its success is not just a taste for its dough but also the technology that it relies on to attract sales and retain customers.

The company is very much an innovator in the takeaway restaurant space. It was the first major pizza chain to offer online and mobile ordering while allowing customers to check the progress of an order using its tracker, which debuted in 2008.

Its innovative approach is, arguably, why its share price has remained steady during the COVID-19 crisis. Sales are up amid the global lockdown restrictions. The company has even been on a hiring spree to help to cope with the demand.

Google, meanwhile, is likely to see its ad revenue fall as global advertising spend slows down as a result of the coronavirus pandemic. In Q1 2020, advertising accounted for 82% of total revenue.

Total revenue was $41.15bn, up 13% year-over-year, and ad revenue was up 10% year-over-year at $33.76bn. This, however, marked a sudden slowdown in growth, and forecasts point towards things getting slightly worse in the months ahead.

Both Domino's Pizza and Alphabet have seen their share prices recover since the market sell-off on 23 March. They have recovered 14.2% and 32.5%, respectively, as of 29 June.

Taking a bigger slice of the pie

Over the long term, Domino's Pizza is likely to remain a top-performing stock based on its increasing market share.

Domino's Pizza’s short-term outlook also looks positive. Although there have been worries that restaurants reopening post-lockdown could hit sales due to more people dining out, Matthew DiFrisco, an analyst at Guggenheim, isn't overly concerned.

"May's strong growth delivery, in our view, suggests there is more spending power from what we see as the more risk-averse households," DiFrisco wrote in a note to clients, reported by Barron's.

He reiterated a buy rating and raised the price target from $417 to $447 in the most bullish move of the 31 Wall Street analyst ratings available for the stock, according to MarketBeat. Among those polled 20 rate the stock a buy and 11 a hold.

As for Google’s stock, there are currently 44 ratings available, 42 of which are a buy and the other two a hold. The consensus price target is $1,535.60.

The consistent growth in Domino's Pizza’s share price, as well as the strong growth of Alphabet’s share price, is a good representation of how even not pure tech companies benefit from using technology to innovate.