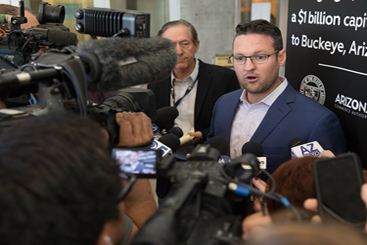 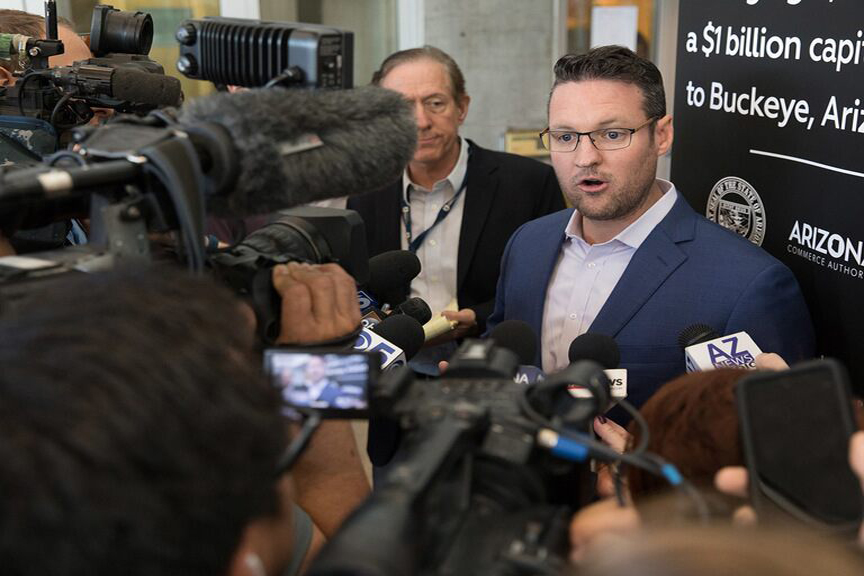 Since electric vehicle (EV) mania crept into the markets, Nikola Corp’s [NKLA] share price has proven to be one of the biggest beneficiaries.

That said, Nikola’s share price has been far from stable since its IPO in June, which saw it float for $34 in a reverse merger with VectorIQ. On its debut, the share price hit an intraday high of $38.88, before closing at $33.75.

Following this peak, Nikola’s share price slowed down through June and July, before a major slump on 30 July which saw the stock fall to $29.06. 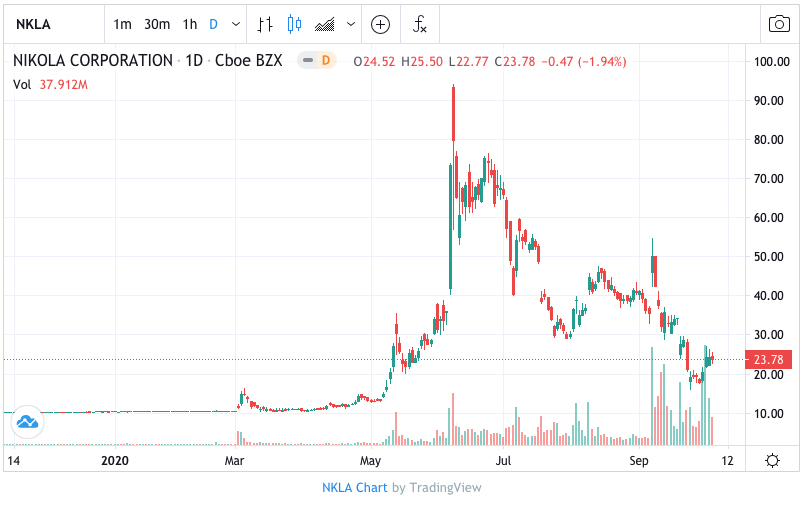 More recently, Nikola’s share price surged 40.79% on 8 September, following the news that it had struck a deal with General Motors [GM] worth $2bn, with GM taking an 11% stake in Nikola.

However, just two days later, Hindenburg Research released a damning report accusing Nikola of “intricate fraud”. As a result, Trevor Milton, the company’s founder, resigned on 21 September, and Nikola’s share price plummeted to a four-month low in the following days, closing at $17.88 on 29 September.

Then, just a few days after his resignation, Milton was accused of sexual assault by two different women, including a former work assistant. Milton denied the allegations.

Nikola’s share price has since staged a recovery of sorts, climbing to close at $24.25 on 2 October. However, it is still down 28.1% from its debut price.

Although the General Motors deal helped Nikola’s share price regain some of the value it lost since its peak in June, the Hindenburg Research report stopped any recovery in its tracks.

The report claimed that Nikola is “built on dozens of lies over the course of its founder and executive chairman Trevor Milton’s career”.

The research company went on record to say that it had gathered “extensive” evidence, including private communications and photographs, all of which detail “false statements” made by Milton.

The company, which specialises in forensic financial research, said: “We have never seen this level of deception at a public company, especially of this size.”

While the list of Milton’s alleged lies is extensive, one which sticks out is the “staged” video titled Nikola One Semi-Truck in Motion, which depicts the truck travelling down a road at speed.

“Our investigation of the site and text messages from a former employee reveal that the video was an elaborate ruse — Nikola had the truck towed to the top of a hill on a remote stretch of road and simply filmed it rolling down the hill,” Hindenburg said in its report.

Following the report, Milton announced his resignation as executive chairman via a press release.

“Nikola is truly in my blood and always will be, and the focus should be on the company and its world-changing mission, not me. So I made the difficult decision to approach the Board and volunteer to step aside as executive chairman. Founding Nikola and growing it into a company that will change transportation for the better and help protect our world's climate has been an incredible honour,” Milton said.

Replacing Milton is Stephen Girsky, formerly vice chairman with General Motors. “I am confident Steve is the right leader to guide our vision at the board level. In addition to being an early believer and supporter of Nikola, Steve has more than 30 years of experience working with OEM [original equipment manufacturers] leaders,” Milton noted.

Although Nikola’s share price has plunged, is there a chance it will bounce back with Milton gone?

“The recent questions surrounding the Nikola story raised by the bears will be a dark cloud over the stock until answered, especially with no fundamental or delivery catalysts in the near-term,” said Daniel Ives, analyst at Wedbush, according to Bloomberg.

Ives also cut his recommendation to Underperform from Neutral and slashed his price target from $45 to $15, the lowest among analysts followed by the publication.

Zacks has a consensus Sell rating on Nikola stock. Meanwhile, the consensus among five analysts polled by CNN Moneyis to Buy the stock, with two analysts giving this rating, two a Hold and one a Sell.

Among the five analysts offering 12-month share price forecasts, CNN Moneyreported a median target of $29, with a high estimate of $79 and a low of $15. The median estimate represents a 16.6% increase on Nikola’s share price of $24.25 through 2 October’s close.