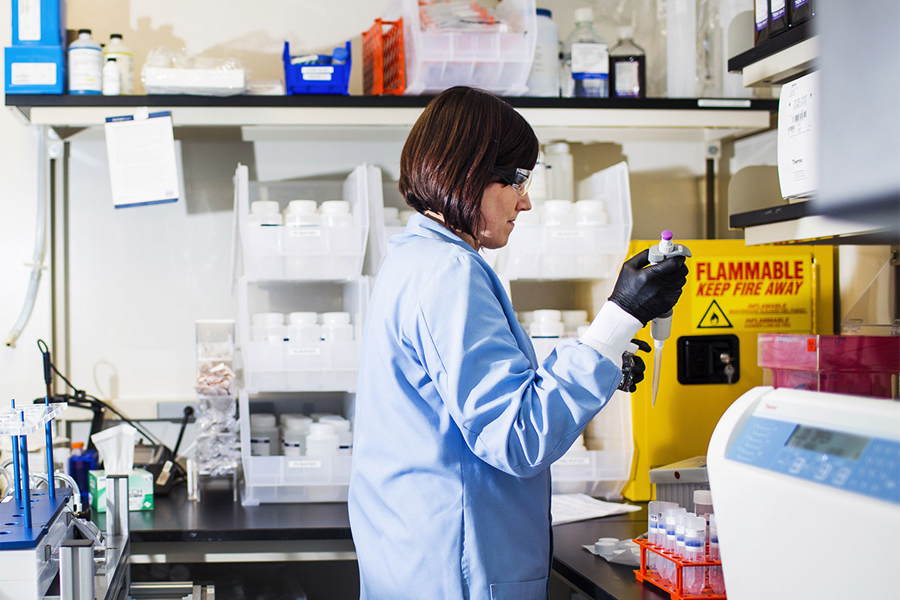 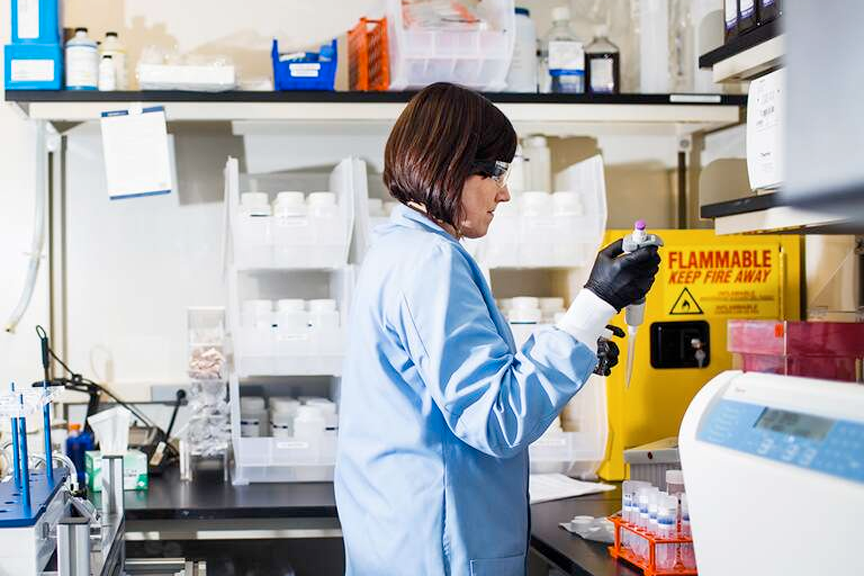 Since the race toward a coronavirus vaccine started, investors have been flocking to biotech stocks in the hope of future returns. Moderna’s [MRNA] share price has climbed 273.27% for the year to date to 13 July.

But as suddenly as Moderna’s share price gained it fell, dropping 34.8% to close at $52.18 just six sessions after its peak. However, this still far exceeded the level the stock had seen before April and had still left the share price up 166.8% YTD.

One of the most significant reasons behind Moderna’s share price spike surrounds its race for a COVID-19 vaccination. 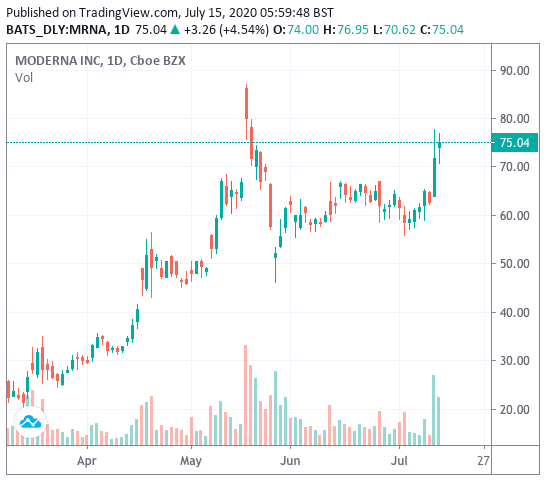 Up until recently Moderna [MRNA] was relatively unknown. Although it doesn’t have the same reputation as heavyweights like Pfizer [PFE] or AstraZeneca [AZ], it’s now making a name for itself in the fight against COVID-19.

Furthermore, Moderna’s share price seems to be unaffected by its Q1 earnings report at the start of May. The company reported that in the first-quarter total revenue of $8.4m was down nearly 50% from $16m seen in Q1 2019. However, CEO Stéphane Bancel said he had “never been as excited and optimistic about the future of Moderna.”

Between the start of the year and 26 June, Bancel was reported to have earned $21m from the sale of shares in Moderna, $6m of which came in May, according to a report from Reuters.

The publication spoke to seven executive compensation experts, who suggested that this highlighted “unusually powerful incentives for biotech executives to highlight development milestones that often never get approached of sold”.

However, Reuters did also note that it had found no evidence that Bancel or the company’s chief medical officer Tal Zaks had exaggerated the progress of Moderna’s vaccine.

Moderna’s novel approach to developing medicines has put it at the front of the fight against COVID-19. Most vaccines work by giving a weak strain of a virus so the body can learn how to fight it, but Moderna’s method uses messenger RNA to stimulate the immune system to make similar proteins to the coronavirus, which in turn would trigger a protective immune response, according to LiveScience. This approach has allowed Moderna to skip the animal testing phase, which is usually required before human trials can take place.

When the company announced it had started human trials on 16 March, its stock gained 24.4%. This jump proved to be the early signs of Moderna’s share price climb to new heights.

Moderna is up against 22 competitors with vaccines in clinical evaluations and 137 others in earlier development stages, according to the World Health Organization. Few companies are expected to get vaccines to the market, according to biotech executives and health experts.

“Moderna has more than 20 experimental drugs and vaccines for cancer, infectious diseases and other conditions in development, but none are close to being commercially available to patients,” The Wall Street Journal noted recently.

Among 13 analysts polled by CNN Money, the consensus rating is to buy the stock, a rating held by 12 with the remaining analyst suggesting to hold the stock.

The median 12-month price target among 12 analysts polled by the publication is $90.00, representing a 43.7% increase from its close price on 10 July.

Analysts at Morgan Stanley suggest that the successful launch of a COVID-19 vaccine, and a dozen other trial medicines, would help push Moderna’s share price to $279 based on new revenue. This would represent a sensational 1326% YTD increase.

But Morgan Stanley also has a “bear case” scenario, Reuters notes, indicating that if its drugs don’t go to market then Moderna would only be worth as much as the cash on its balance sheet.