How long will Boohoo's share price be in vogue? 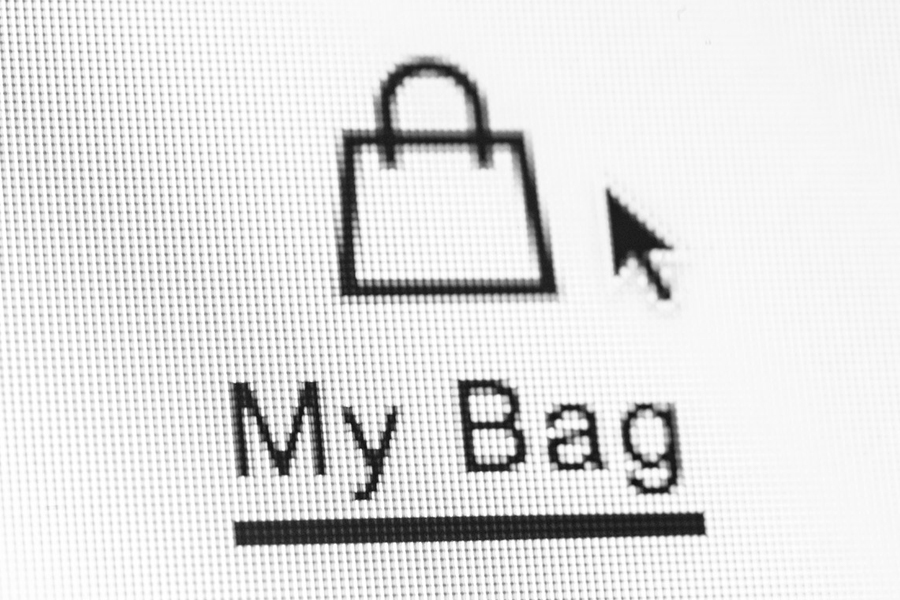 When online fast-fashion retailer Boohoo [BOO] announced on 28 May that it will be buying the remaining 34% stake that it doesn’t already own in its subsidiary company PrettyLittleThing, its share price closed at 384.6p, an increase of 14.84% on the previous close of 334.9p.

Two months previously, Boohoo’s share price had previously been on sale, dropping by 48.86% over a two-week period (4 March to 18 March). However, its share price has since recovered and is performing better than it was before the drop. Over the course of May, the value of Boohoo’s stock grew by 24%.

Since the start of June, however, Boohoo’s share price appears to be slipping again, dropping 4.7% to 371.70p throughout the month to 15 June. 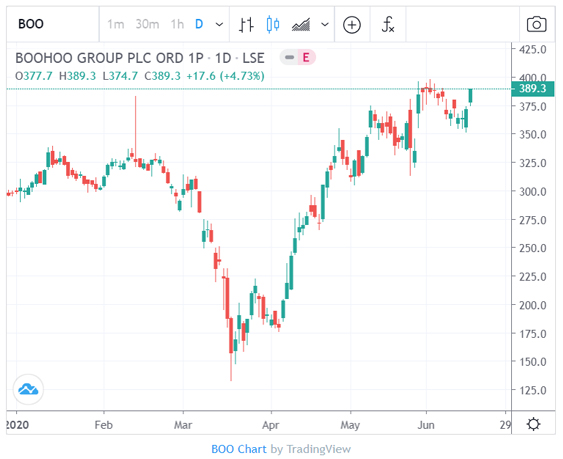 Could a number of headwinds, both to the wider retail market and in the form of report over the state of Boohoo’s cashflow, affect the confidence of those invested in Boohoo’s share price?

Boohoo’s share price climbed 14.8% on 28 May after its founder Mahmud Kamani said that he would buy out PrettyLittleThing’s CEO Umar Kumani — who is his son and one of the company’s founders — as well as COO Paul Papworth.

Kumani and Papworth will be paid £108m in new Boohoo shares and £161.9m in cash, according to Yahoo Finance. However, the deal could be worth more.

Boohoo said in a statement that “the acquisition is for an initial consideration of £269.8m, with a further £54m of consideration contingent on the Group's share price averaging 491p per share over a six month period between completion and a longstop date of 14 March 2024.”

Despite raising £200m to pursue acquisitions in May, Boohoo has said this deal will be funded by the £240m cash it had on its balance sheet at the end of February.

A look at Boohoo’s recent performance

Having released it’s annual results for fiscal year 2020 in April, it would appear that business for Boohoo has been booming. The online retailer reported 54% year-over-year increase in pre-tax profit to £92m for the fiscal year and that revenue grew by 44% to £1.24bn.

The company has its sights set on becoming a global brand, as it continues to expand overseas. It reported growth in all markets with sales outside of the UK accounting for 44% of its total revenue.

Despite the positive report, and the fact that sales for April improved year-over-year, global uncertainty over the coronavirus pandemic has left Boohoo unable to provide financial guidance for 2021.

Despite this growth, there’s a chance that Boohoo’s share price would be performing even better if it wasn’t for a negative report published by British short-seller Shadowfall just before the announcement.

The report accused Boohoo of misrepresenting its cashflow, an allegation it “strongly refutes”, according to Yahoo Finance.

“Since 2014, we believe that BOO has provided a misleading impression of its cumulative free cash flow by 67%,” Shadowfall stated.

“We see a risk that BOO doesn’t use its recent cash call for M&A, but instead combines it with its considerable £241m net cash, to be paid to BOO’s chairman’s son, through material dividends and a potential PrettyLittleThing (PLT) NCI buy-out. We also question if PLT’s profit is boosted by another BOO entity ‘wearing’ some of its costs and calculate that this could result in an additional £193m paid to PLT’s NCI.”

The release of the report on 26 May pushed Boohoo’s stock down by more than 6%, but its share price was quick to bounce back following the acquisition announcement and since hit an intraday all-time high of 397.8p on 2 June.

Among 17 Wall Street analysts polled by MarketBeat, there’s a consensus buy rating on the stock — made up of a majority of 13, whilst three analysts gave it a hold and one recommendation to sell.

The same analysts have an average twelve-month share price target of 356.79p, with high estimates of 430p and lows 150p.

“Apart from PrettyLittleThing’s impressive sales performance since boohoo acquired its majority stake back in 2017, there are other reasons for optimism,” said Sophie Lund-Yates, an equity analyst at Hargreaves Lansdown.

“Namely, execution risk is vastly reduced in this deal. PrettyLittleThing has been part of boohoo’s story for a while now, so this won’t come as a shock to the operating system and means the benefits can be reaped quickly,” she wrote in a note to analysts.