How will the cost of living crisis affect Sainsbury’s earnings? 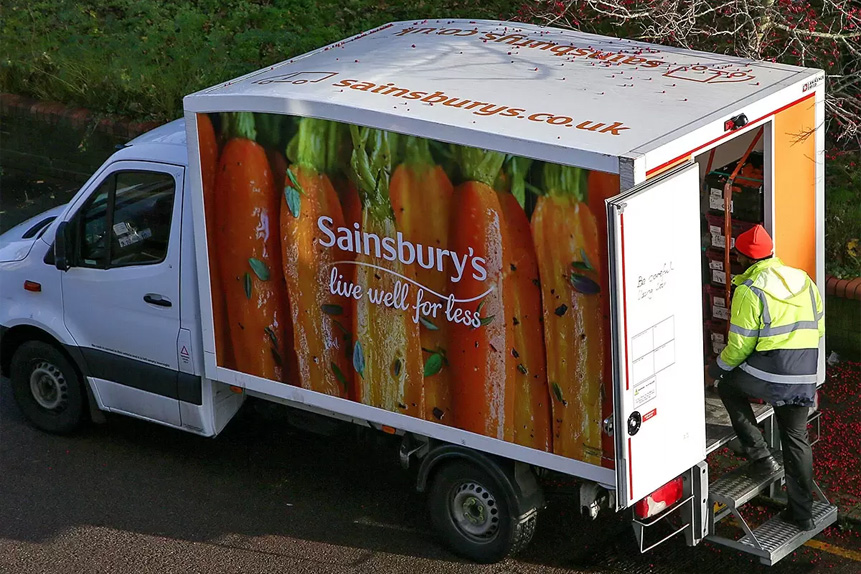 Sainsbury’s posted year-over-year declines in all divisions besides fuel in its most recent trading update, and the trend is likely to continue as inflation bites into the budgets of British consumers. Sainsbury’s bulls will be hoping the company can maintain its optimistic guidance when it reports this Thursday.

The cost of living crisis could mean a squeezing of profits for Sainsbury’s [SBRY.L] when it announces interim results this week on 3 November.

Rising prices have hit supermarket giants like Tesco [TSCO] and delivery services like Deliveroo [ROO]. The former announced a profit warning and the latter a reduced order outlook in recent weeks, as consumers tighten their wallets against rising inflation across the UK economy.

Analysts don’t feel that Sainsbury’s will be able to avoid the storm, with earnings per share for FY 2023 forecast to fall 14.8% from 24.5p to 20.88p according to the Financial Times.

Inflationary pressures on Sainsbury’s costs could be at least as influential a factor as reduced footfall and spend. However, revenue is set to rise a modest 2.9% from £29.9bn to £30.78bn according to the FT’s panel.

Shore Capital, one of the company’s in-house brokers, has forecast that pre-tax profits will fall 11% to £318m, with grocery sales rising 0.8%, Argos sales falling 5% and clothing sales falling 1%.

In a Q1 trading statement in July, Sainsbury’s reported that its outlook for the 2022/23 financial year remained unchanged, forecasting underlying pre-tax profit of £630m to £690m.

Grocery sales were down 2.4% year-over-year, but this fall was attributed to the impact of the Covid-19 pandemic elevating the previous year’s performance. Compared to pre-pandemic levels, grocery sales were up 8.7%.

Crucially, Sainsbury’s reported that it was investing £500m over the two years to March 2023 in a bid to keep food costs down, with the investment being “funded by cost savings”.

In his statement accompanying the results, CEO Simon Roberts sympathised with the struggle currently facing “millions of households”, and said the supermarket chain is “working hard to reduce costs right across the business so that we can keep investing in these areas that customers care most about”.

While inflationary pressures are a major headwind for Sainsbury’s retail business, they have had a positive impact on its fuel sales, which were up 48.3% year-over-year. This graced the company’s earnings with a 2.5% year-over-year increase in total retail sales, underscoring the loss it took in other retail segments.

Following the encouraging overall performance in the most recent update, the Sainsbury’s share price gained 1.06% following the announcement on 5 July.

The overall trend for the Sainsbury’s share price has been downward through 2022, with the stock falling 26.2% in the year-to-date, a performance which has lagged behind the FTSE 100’s 3.9% drop over the same period.

Compared to its closest rivals, Tesco [TSCO.L] fell 22% over the same period, while online grocer Ocado’s [OCDO.L] share price has nosedived 71.8%. The latter particularly emphasises the positive impact that coronavirus lockdowns had on earnings in the sector, given its online-only model.

But while the cost of living has depressed investor sentiment over the bulk of the year, the Sainbury’s share price has rallied 11.5% over the last month – suggesting it could be on the path to recovery.

Following the Q1 update, Susannah Streeter, senior investment analyst at Hargreaves Lansdown, said that consumers were being “super-vigilant” about their spending in light of the cost of living crisis.

“Investors will keep a keen eye on whether full year underlying profit is still set to come in between £630m and £690m,” said Streeter, “but it is beginning to look more likely it’ll come in near the lower range.”

Gloomy ONS retail figures also paint a bearish picture as far as Sainsbury’s Argos and homeware brands are concerned. “However,” said Streeter, “a fresh round of investment in keeping prices low means the group’s been able to offer its strongest value proposition in years, which should help it cling onto market share.”

Analysts are split on Sainsbury’s long-term prospects. Out of 13 polled by the Financial Times, one rated the stock a ‘buy’, three say it will ‘outperform’, six advise to ‘hold’, and three rate it ‘underperform’. The median price target of 210p represents an 8% increase from the most recent closing price of 194.40p.

Source: This content has been produced by Opto trading intelligence for Century Financial and was originally published on https://www.cmcmarkets.com/en-gb/opto/how-will-the-cost-of-living-crisis-affect-sainsburys-earnings.