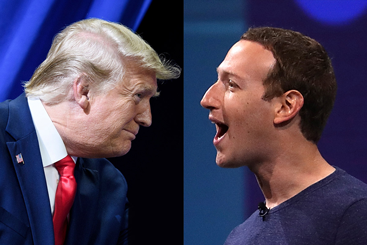 Will Trump's Ban on Social Media Affects its Share Price 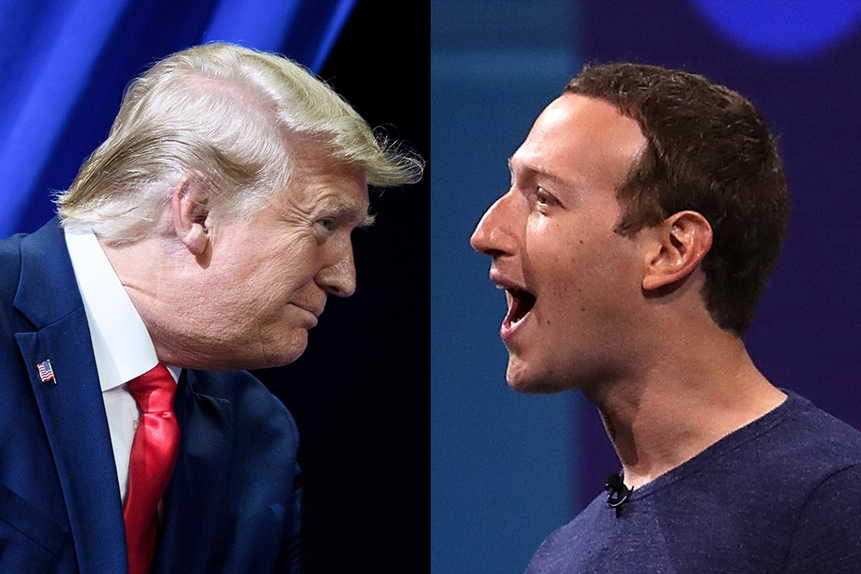 While 2020 was a year to forget for many, it was a memorable one for Facebook’s [FB] share price, which gained 33.1% throughout the year, hitting an all-time high of $304.67 during intraday trading on 26 August. Twitter’s [TWTR] share price saw even greater growth, increasing 68.9% through 2020. However, anyone predicting that 2021 would usher in a period of calm was disproved less than a week into the New Year.

On 6 January, one of America’s most tumultuous days in recent history, Facebook’s share price fell 3.3% overnight, from $270.97 to open at $262.00. The Democrats won both seats in the Georgia Senate runoff elections, giving the party — which is likely to increase taxes, regulatory hurdles and antitrust threats to tech giants — control of both the White House and Congress. By market close at 4pm EST, Facebook’s share price had settled at $263.31.

Meanwhile, in Washington DC, a mob of raging supporters for outgoing US president Donald Trump stormed the seat of US democracy, and members of the House of Representatives and Senate were evacuated from the Capitol building as the National Guard was deployed. Facebook and Twitter both drew criticism as the outgoing president used the platforms to encourage the unrest.

While Twitter’s share price was virtually unchanged on the week through 6 January, it fell on the morning of 7 January and continued to drop until early afternoon on 8 January, hitting an intraday low of $50.19 — 6.8% down from its 5 January closing price of $53.88. Towards the end of the day, Twitter then announced it was banning Trump permanently.

Having previously held the stance that public interest was served by broadcasting world leaders’ content, even if this was untrue or toxic, Zuckerberg announced on 7 January that, “The shocking events of the last 24 hours clearly demonstrate that president Donald Trump intends to use his remaining time in office to undermine the peaceful and lawful transition of power… We believe the risks of allowing the President to continue to use our service during this period are simply too great”.

The statement went on to confirm that Trump would be locked out from his Facebook and Instagram account indefinitely, and at least until incoming president Joe Biden’s inauguration on 20 January.

Twitter initially barred Trump for 24 hours for referring to the Capitol insurgents as “patriots”. Within hours of his return to the site on 8 January, Trump posted two tweets regarding the election result that Twitter viewed as subversive and “in violation of the Glorification of Violence Policy”, and his account was permanently suspended.

Social media giants have been under pressure to moderate content on their sites more effectively for years. The pendulum has swung towards moderation ever since Twitter responded to a House Foreign Affairs Committee letter in 2015 — which urged stronger barriers against terrorists using the site — by defending users’ free expression, “including views that many people may disagree with or find abhorrent”.

In 2016, Twitter changed its own rules, from a zero-moderation/censorship (with limited exceptions) policy to one that permitted “some limitations on the type of content and behaviour”.

The Democrats’ clean sweep of America’s governing bodies signifies a shift in the political environment. Michael Pachter, an analyst at Wedbush Securities, sees the Trump lockouts as an attempt to pre-emptively (or belatedly) gain favour with a party that has grown frustrated with social media firms’ perceived unwillingness to moderate the content on their platforms — in other words, to “show Congress that they’re the good guys”.

As well as alterations to Section 230, the federal legislation which protects internet companies from liability for content posted on their sites, Facebook is threatened by a broad antitrust lawsuit which could force its dismantlement, so it will be eager to please incoming Democrat lawmakers.

The movements of Facebook and Twitter’s share prices on the morning of 7 January — when Facebook had announced a long-term ban, but Twitter had not yet — were modest, but could indicate the markets’ approval of the bans. Abram Brown, writer for Forbes, doesn’t expect Facebook to lose many users from the decision and suggests the favour banning Trump will curry with the incoming Biden-Harris administration is more valuable anyway.

Those critical of social media moderation are running out of alternatives.

Parler, a microblogging site that attracted a user base frustrated at the restrictions of mainstream sites by branding itself as “Twitter without rules”, was odds-on to reap the benefit of Trump’s bans until Google suspended the app from the Play store. Apple has also removed the platform from its App Store, until such a time that Parler can demonstrate its ability “to effectively moderate and filter the dangerous and harmful content” on its service.

Will a shift, voluntary or otherwise, towards greater self-regulation benefit social media businesses? Facebook’s previous attempts to detoxify its platform yielded mixed results. A machine-learning algorithm that demoted “bad for the world” posts reduced toxic content, but also led to fewer logins. Limiting bad news appears, in the short term, to be bad news for Facebook, so in this sense banning Trump and looming regulation appear ominous.

Kevin Roose of the New York Times, however, feels decisions by Zuckerberg and Jack Dorsey, CEO of Twitter, will have accounted for all relevant factors, not least the impact of inaction on employee morale, given the calls for bans from within their companies. Silicon Valley can be a bitter employer-branding warzone for tech talent, and when engineers demand something en masse, companies that refuse can see severe casualties.

Above the power of tech workers though, the bans (according to Roose) demonstrate the gravity of their CEOs’ decisions. Trump’s cultural impact, with his 35 million-follower Facebook and 88 million-follower Twitter accounts, arguably outweighs that of the Oval Office, as evidenced by his contrite admission of electoral defeat in a video posted hours after the sites first threatened to ban him.

Tech investors would be wise to consider Roose’s suggestion that “Mr Trump would rather lose his presidency than his posting privileges” before concluding the platforms are a weakening prospect.