How will Vodafone’s share price react to half-year earnings? 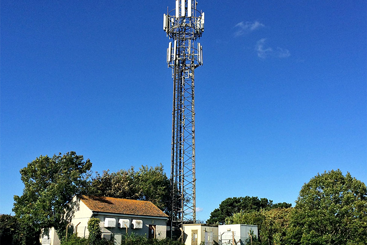 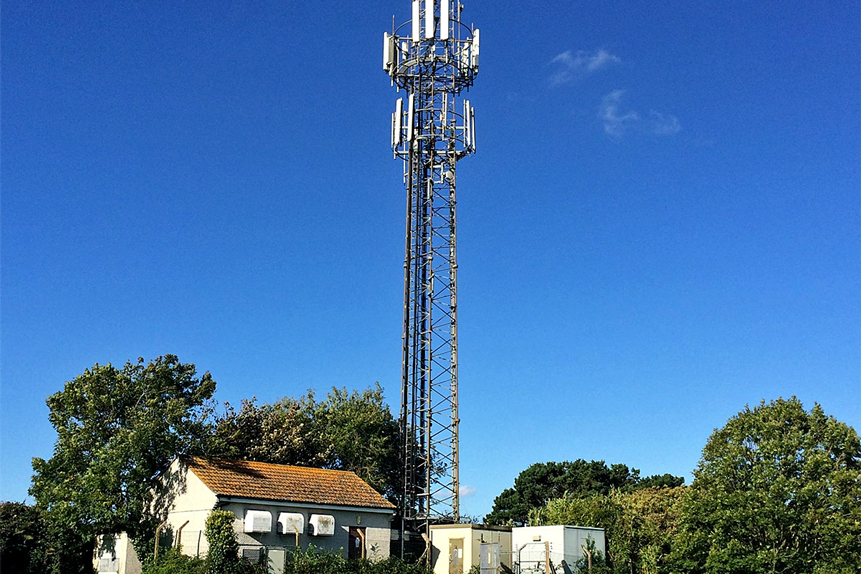 Vodafone’s [VOD.L] share price has continued to dial down this year as investors remain fretful over debt, competition concerns and the cost of the 5G revolution. The telecoms giant has also largely failed to benefit from increased mobile phone usage at home due to lockdown, with its roaming revenues hit by the shutdown of international travel. How will Vodafone’s share price react to its half-year earnings report on 16 November? 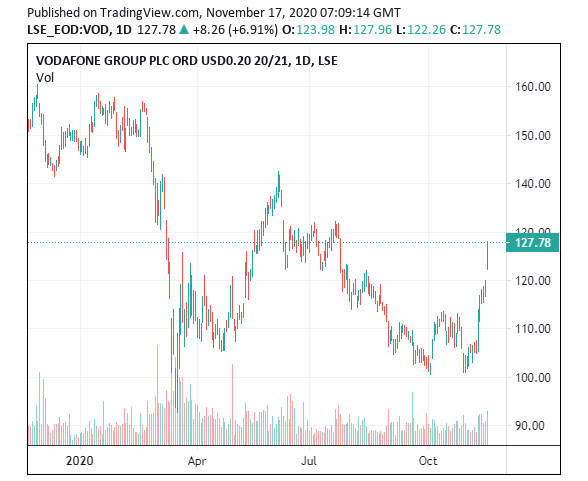 Vodafone’s share price rebounded just short of 40% to 136.46p on 8 June as lockdowns eased, but it has fallen away since, hampered by mixed first-quarter results.

In its first-quarter earnings, Vodafone revealed that service revenue was down 1.3% to €9.1bn, with total revenues of €10.5bn down 2.8% organically on the same period last year. It was hit by lower revenue from roaming services and visitors, as well as lower prepaid revenue in some of its smaller markets.

It wasn’t all doom and gloom, however. Q1 highlights included record broadband additions in Europe and an uplift in mobile contract customers, aided by people keeping in contact and staying entertained via their mobiles during the lockdown.

There was also positive news around Vodafone’s tower infrastructure company, Vantage Towers, with its IPO on track for early 2021. This will help tackle the group’s huge €42bn debt mountain, partly resulting from the acquisition of Liberty Global’s European cable TV assets last year.

Severe challenges do remain ahead for Vodafone’s share price, including competition in the firm’s core Spanish, German, Italian and UK markets and currency market volatility.

“Shares in Vodafone are trading at their lowest levels since 2002, when the tech, media and telecoms bubble was in full retreat,” said Russ Mould, investment director at AJ Bell.

He said that this was in spite of efforts by Nick Read, Vodafone CEO, to target better infrastructure returns and to restructure its portfolio through sales and mergers, such as in New Zealand, Egypt, Australia and India.

The outlook for Vodafone’s earnings before interest, taxes, depreciation and amortisation (EBITDA) for 2021 remained unchanged — namely “flat to slightly down”. A consensus of analysts has forecast a 4% drop to €14.3bn from 2020’s results.

UBS expects second-quarter service revenue to be down 2.3%, again, due to the lacklustre travel sector. However, it adds that for the third quarter, revenues will likely recover to be only 1.2% lower.

UBS expects mobile and broadband data usage to have increased over Q2, with recent 5G demand helping, especially in the UK, Germany and the Netherlands.

The Share Centre rates Vodafone a Buy, stating that, “at times when dividends are slim, Vodafone will be looked at as a good option”. Indeed, the group, unlike several blue-chip firms in the pandemic, is expected to pay a dividend of €4.50 per share in the half-year.

Deutsche Bank has a Buy rating and a 230p target on Vodafone’s share price (up from 225p in July), with analysts supporting the chances of a demand recovery next year and rising telecom infrastructure valuations. “Increased appreciation of infrastructure value within Vodafone should be materially beneficial for the company's shares,” said Robert Grindle, analyst with Deutsche Bank.

USB also has a Buy rating and an average target price of 188p on Vodafone. Polo Tang, analyst at USB, said: “While the shape of any recovery may not be linear, we see Vodafone as too cheap and see scope for the shares to re-rate as European service revenues recover.”

The near-term outlook for the share price may be uncertain, but in the medium- to long-term, Vodafone is a good investment given its valuation, Rupert Hargreaves wrote in The Motley Fool.

“The share price looks desperately cheap after recent declines. It is trading at an enterprise value-to-earnings before interest, tax, depreciation and amortisation (EV/EBITDA) ratio of 4.2,” Hargreaves said.

“The rest of the telecommunications sector is dealing at an EV/EBITDA ratio of 5.2, suggesting Vodafone is undervalued by around 25%. Therefore, I think this could be one of the best stocks to buy now based on its income and capital growth potential,” he added.

The consensus among 16 Wall Street analysts polled on MarketBeat is to Buy the stock and the average 12-month price target of 177.87 would represent a 48.8% increase on Vodafone’s share price as of close on 13 November.