Is a New Commodities Supercycle Powering Up? 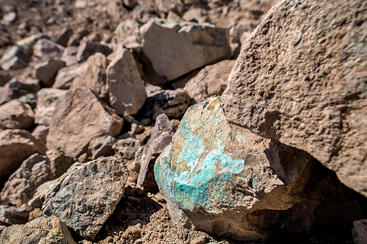 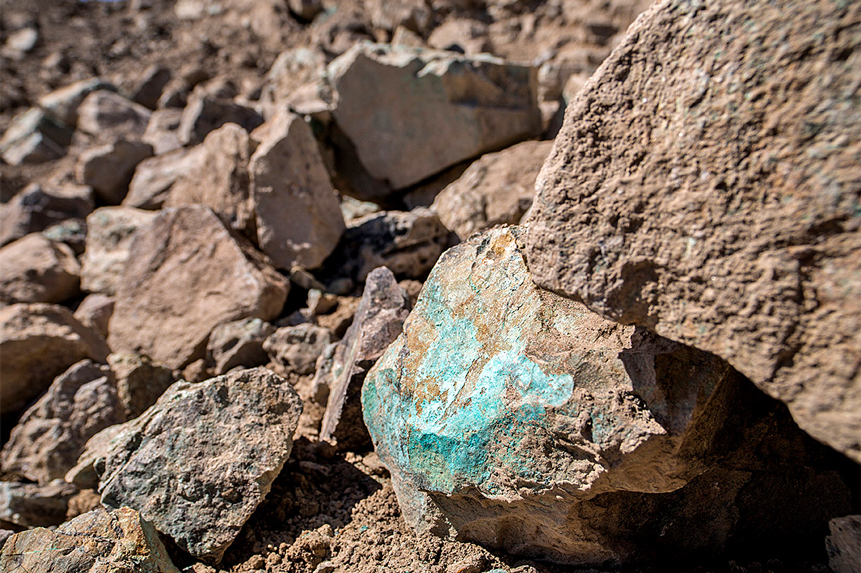 In this article, Frank Holmes, CEO of US Global Investors and executive chairman of HIVE Blockchain Technologies, considers whether the commodities market is headed for a new supercycle and explains why he’s bullish on copper.

As many of you know, I grew up in Toronto, where winters can be brutally cold. Like most people who live in northern US states, I’m accustomed to driving on snowy, icy roads.

But then, roads in the north are ploughed, sanded and salted when there’s snowfall. With rare exception, the roads here in sunny San Antonio, Texas, do not see that kind of maintenance. There are no snow ploughs or salt trucks. Driving, then, can be several times more precarious when we get the kind of extreme weather that hit us recently.

Similarly, our electrical power infrastructure was designed to withstand heatwaves, not blizzards. I think a lot of Texans recently learned for the first time that a large share of the Lone Star State’s power grid operates separately from the rest of the US. Because of this, much of the infrastructure, including plants and pipelines, has not been winterised, which contributed to the widespread outages that left millions without power and water for days. 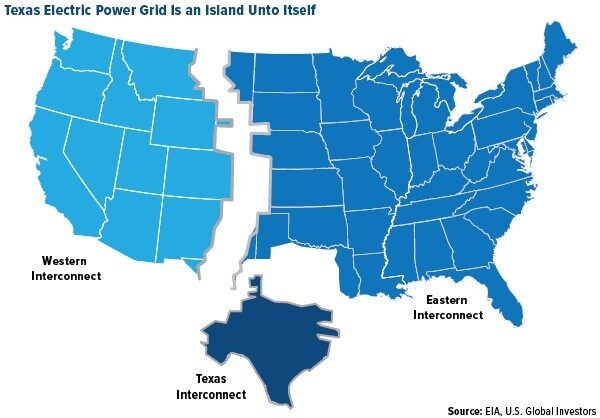 That fact alone, I believe, presents a good investment case for commodities and natural resources.

A joint state and federal investigation into the outages was already announced on 16 February, and improvements to (and winterisation of) aging infrastructure will likely be recommended, if not required, to prevent this from happening again. Such a massive overhaul would require an incredible amount of metals and other basic materials, which would be positive for miners and producers.

We’re particularly bullish on copper, used extensively in electrical wiring and circuitry. Our favourite explorer-producer is Ivanhoe Mines [IVN.TO], which recently announced positive mining results at its Kamoa-Kakula project in the Democratic Republic of Congo (DRC). Ivanhoe’s share price was up circa 116% over the past 12 months (through 22 February).

Our favourite speculation play is CopperBank Resources [CPPKF], which offers investors optionality to higher copper prices. Shares of the company had hit an intraday high of CA$0.65 on 22 February, marking a more than 200% climb for the 12-month period.

Texas is the ninth-largest economy in the world, ahead of Canada, South Korea and now Brazil. According to the Energy Information Administration, it consumes more energy than any other US state. Its residents and businesses deserve a world-class power grid that operates reliably in all weather conditions, even those that strike only once every 100 years.

No energy source alone is to blame for the outages

I want to briefly address something that I’ve been hearing and reading this past week. Some have used the outages as an opportunity to point fingers and criticise the reliability of different forms of energy, from fossil fuels to renewables.

Not only is this kind of talk counterproductive, but it’s also simply not rooted in fact. No single energy source was responsible for bringing the whole system down. Texas is well diversified when it comes to electricity generation, as you can see below. 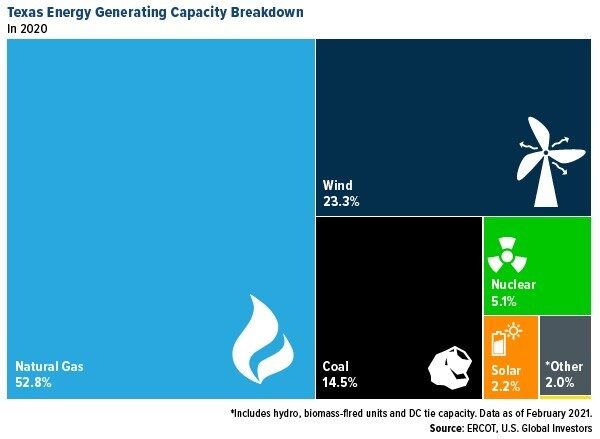 A little over half of Texas’s power comes from natural gas, which largely went down due to frozen wells and pipelines, according to The Wall Street Journal.The state’s next biggest source, wind, also had issues, but these issues represented only around 13% of the blackouts. That’s according to Dan Woodfin, senior director for the Electric Reliability Council of Texas (ERCOT), which manages the Texas grid, the publication reported.

As I’ve pointed out before, Texas is the US leader in wind energy, with close to 31,000 megawatts (MW) of installed capacity and 7,620 MW currently under construction, according to data by WINDExchange.

However, another state’s wind capacity ranks higher in terms of percentage of its total energy. In 2019, wind accounted for 42% of Iowa’s net generation, the largest share of any other state, according to the Energy Information Administration.

We invest heavily in renewable energy, and we will continue to do so because that’s where the trend is headed. Among our largest holdings are Vestas Wind Systems [VWS.CO], Canadian Solar [CSIQ] and Plug Power [PLUG]. These positions have helped us crush the S&P Global Natural Resources Index over a number of time periods.

It’s not just renewables, though. We believe commodities as a whole look very attractive right now due to a number of factors.

I believe we’ll see demand from China surge in the coming months and years as the country comes out of the coronavirus pandemic as the only major economy to expand in 2020. Last Thursday, 18 February, Chinese stocks, as measured by the CSI 300 Index, hit a new all-time high, exceeding the previous record set in October 2007.

That was near the end of the last commodities supercycle. One highly regarded quant analyst believes we may be on the verge of the next one, according to the Financial Times.

In a note to clients on 16 February, JPMorgan’s Marko Kolanovic wrote that he thinks commodities have finally turned after a 12-year down cycle. The potential drivers of a secular bull market, says Kolanovic, include the end of the pandemic and reopening of economies, fiscal stimulus, end of the US-China trade war, ultraloose monetary policies and increased and “tolerated” inflation.

He also notes ESG investors — those who put special emphasis on environmental, social and corporate governance concerns. US president Joe Biden seeks to go big on an infrastructure package that’s expected to favour renewables, which is supportive of metals, electric vehicles and batteries

Kolanovic’s outlook is shared by many other analysts and investors, including Goldman Sach’s Jeff Currie, head of commodity research. In a recent interview with S&P Global Platts, Currie (who called the previous supercycle) said he’s bullish on oil and believes copper is likely already in a secular up cycle. “I want to be long oil and hang on for the ride,” he said in an interview on 5 February.