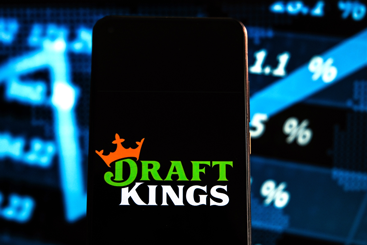 Is DraftKings’ share price a good play for Ark Invest?

In a report, Hindenburg Research questioned the valuation of DraftKings compared with rivals. The report also alleges that the merger with Bulgaria's SBTech that brought DraftKings to the public leaves the sports betting company exposed to black-market gambling activity. Unsurprisingly, DraftKings went on the defensive:

“This report is written by someone who is short on DraftKings stock with an incentive to drive down the share price,” the online fantasy league turned sports betting platform said. “Our business combination with SBTech was completed in 2020. We conducted a thorough review of their business practices and we were comfortable with the findings. We do not comment on speculation or allegations made by former SBTech employees.”

While DraftKings’ share price managed to claw back some Tuesday morning’s losses, it still finished the week down 9.5% to close at $48.05. Is this a good price to buy into DraftKings, or is Hindenburg Research onto something?

So is Ark Invest right to pick up DraftKings’ share price on the dip, or is Hindenburg correct in its assessment? There’s a definite sense on Wall Street that the allegations against DraftKings are nothing new, and are in fact par for the course when it comes to sports gambling companies.

Morgan Stanley analyst Thomas Allen wrote that “‘unregulated’ market exposure is a common theme for [international] online gaming/sports betting companies.” According to Allen, SBTech operates in a grey area that is permissible under a policy issued by the New Jersey Division of Gaming Enforcement in April 2016. Allen has a $58 price target on the stock to go with his Overweight rating.

And according to Susquehanna Financial Group analyst Joseph Stauff in a note released last Tuesday, “all European/U.K.-based bookmakers operate in gray/black markets throughout the world, and it certainly doesn’t surprise us that SB-Tech did as well.”

It’s also worth noting that SBTech represents 3.7% of DraftKings’ business, in a company that’s looking at $5.4bn in annual net revenue, according to Cowen analyst Stephen Glagola, as reported by Barron’s.

Jefferies analyst David Katz noted that the SBTech acquisition was mainly for developing tech, rather than international revenue. Jefferies kept its $75 price target and Buy rating.

That bullishness is not unique. Among the analysts tracking the stock on Yahoo Finance, DraftKings has a $70.63 average price target - hitting this would see a near 47% upside based on Friday’s closing price.

Opportunity in US sports gambling

Cathie Wood’s Ark picked up 870,299 shares in DraftKings through various funds - a position worth around $42.2m based on last Tuesday’s closing price of $48.51. DraftKings is in both the Ark Innovation ETF [ARKK] and the Ark Next Generation Internet ETF [ARKW]. Both ETFs have had a rocky time of it in 2021, down 4.49% and 1.66% since the start of the year, as of Friday’s close.

Wood is making a long term bet that could pay off as more and more states legalize gambling. In March, Ark’s founder and chief investment officer told Benzinga that ‘sports betting is losing its taint’ and that DraftKings was poised to benefit as states ‘in crisis with huge deficits’ begin to legalise sports gambling ‘one after another’.

In Massachusetts - DraftKings’ home state - testimony was heard arguing for legalising sport gambling on 17 June. This included testimony from DraftKings’ CEO Jason Robbins who said he would like to expand the company in the state, but couldn’t legally.

“The market is going bananas both in terms of revenue and market expansion,” James Kilsby, US vice-president at Vixio Gambling Compliance told the Financial Times. “There is a decent chance we could see New Jersey, Pennsylvania and Michigan become the third, fourth and fifth largest regulated online gambling markets in the world by the end of this year, only behind the UK and Italy.”

According to the American Gambling Association, revenue from sports gambling between January and April this year in the US came in at $1.24bn, up 364.5% year-on-year. DraftKings itself reported revenue of $312m in the first quarter, up 252% year-on-year, and raised its guidance for full-year revenue to between $1.05bn and $1.15bn.

Although, profitability was an area Hindenburg flagged in the report published 15 June, saying:

“DraftKings trades at a ~26x last twelve months (LTM) sales multiple and a ~20x estimated 2021 sales multiple despite (i) no expectation of earnings for years, (ii) intense competition, and (iii) regulatory risk. The company posted net losses of $844 million in 2020 and $346 million last quarter.”

Investors will need to decide whether Wood and the rest of Wall Street are right to back DraftKings as the US sports gambling market grows, or if Hindenburg's short position is justified.