Is Hyundai’s Share Price in the EV Driving Seat in 2021? 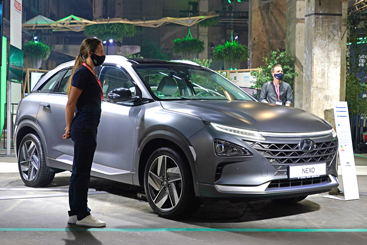 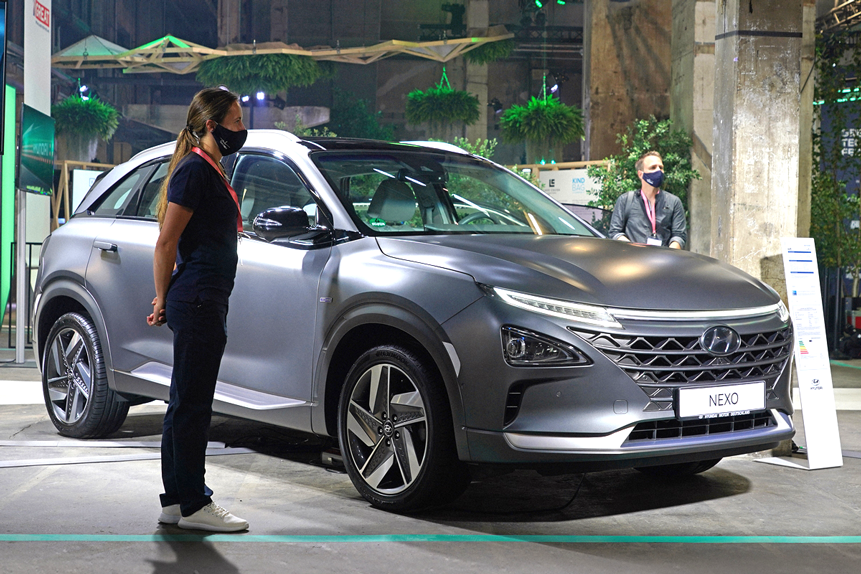 Hyundai’s [005380] share price didn’t exactly see the turbocharged performance of Tesla [TSLA] and Nio [NIO] in 2020. While Hyundai’s share price notched up a respectable 38% gain last year, its rise was nothing in comparison to Tesla’s near-700% increase and Nio’s 1000% plus increase in value.

Now Hyundai is making a play to be a serious contender for the electric vehicle (EV) market with the unveiling of its new, fully electric SUV, the Hyundai Ioniq 5. This is the tip of a longer-term plan to transition to EVs for the South Korean automobile giant. Hyundai and Kia also have a tantalising off-again, on-again relationship with Apple [AAPL] as the tech giant looks to develop its own electric car.

All things considered, is Hyundai now a better bet for investors interested in the EV sector than much-hyped stocks like Tesla?

What are Hyundai’s EV plans?

The next ten months are set to be important for Hyundai, as the firm has designated 2021 the “year of its great transformation”. The automobile manufacturer plans to sell 160,000 EVs this year, after selling 100,000 in 2020 thanks to strong demand for its Kona electric SUV.

Between now and 2025, Hyundai will launch 23 EVs globally as part of its Electric-Global Modular Platform (E-GMP). Vehicles developed with the platform will be capable of doing 0 to 60mph in under 3.5 seconds, with a top speed of 161mph and a range of 310 miles.

“We aim to cement our position as an EV leader by expanding our line-up and product quality,” Koo Za-yong, Hyundai’s head of investor relations, told analysts as reported by the Financial Times

Leading the charge is the Hyundai Ioniq 5, which has some eye-catching features in its top of the line edition, including a solar panel roof.

The solar panelled roof will help expand the car's range, rather than fully recharging its 58 kWh standard range or 72.6 kWh long-range battery. This will provide an additional 2,000km a year if driving in an area like the south of France — so UK buyers might have to temper their expectations. Another innovative feature is that, providing it has over 15% charge left, the Ioniq 5 can also charge other EVs.

How successful this EV programme proves to be will have an impact on Hyundai’s share price — after all, established car manufacturers will all have to switch to EV production in the near future.

Why is Hyundai’s relationship with Apple driving the share price?

Both Hyundai and Kia's share price dipped at the start of February, after the firms said they were not in talks with Apple to build a self-driving car. Hyundai had been in discussions with the tech giant, with reports that the two were on the verge of signing a deal for Kia to produce the Apple Car in the US.

Chung Sung-yop, an analyst at Daiwa, told the FT that Hyundai may have found "negotiations too favourable to Apple", with the iPhone maker known for making tough demands on sharing technology.

Still, there might be hopes for a tie-up. Apple needs to establish a partnership with an experienced player with a large-scale manufacturing process to realise its automotive dreams.

“[Hyundai's share price has] clearly overshot their fundamentals recently because of expectations for the alliance but Hyundai/Kia are already expanding their footing in the EV market. Their EV market share is likely to increase further once their new cars using an exclusive platform are launched," added Chung in the FT report.

Those hopes were stoked last week when the website Chosun Biz reported that a memorandum of understanding had been signed by Apple and Kia. The understanding covers eight areas, including electric cars, with a source telling Chosun Biz that “even if the negotiations on electric vehicles fail, there are many items that can be negotiated in other fields, so we are still optimistic about the possibility of partnership between the two sides."

Hyundai isn’t the only established automobile manufacturer the likes of Tesla will have to watch out for in the rear view mirror. In November, General Motors [GM] said it plans to have 30 EVs on the road by 2025, ranging from luxury motors to family run-arounds, and has earmarked $27bn to fund its transition to electric. Earlier this month, Ford announced it has doubled its investment in EVs to $29bn, with hopes to have 25 EVs on the market by 2025.

Considering that Tesla and other early EV manufacturers trade at toppy price to earnings multiples (Tesla’s forward P/E is 122.6X), these established automobile companies could be a better option for investors looking to back the transition to electric vehicles.