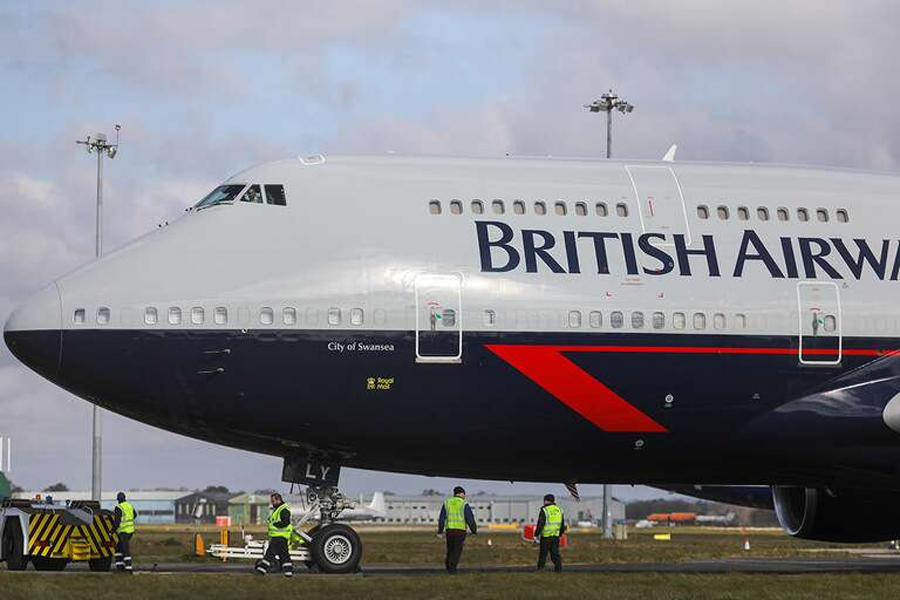 British Airways-owner International Airlines Group’s [IAG] share price has been volatile lately. Since hitting a low in mid-May, it's climbed around 85%. Yet, IAG's share price is still down over 50% since the start of the year. And considering the share price touched 684p in January, the current level could represent a discount for bargain hunters. But that depends on whether the rally can continue.

Headwinds include the UK's 14-day quarantine period and the establishment of safe travel corridors. With a July restart planned for some scheduled flights, will IAG's share price fly even higher? 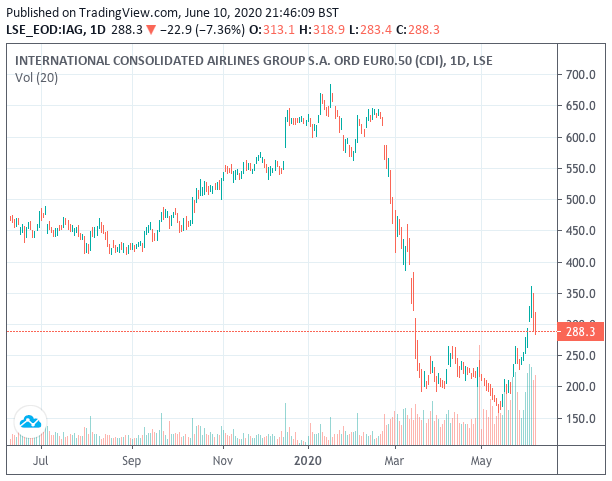 IAG-owned British Airways is threatening legal action against the UK government over its 14-day quarantine plan. Walsh describes the quarantine plans as 'irrational and disproportionate'. “It’s important to point out there was no consultation with the industry prior to enacting this legislation and we do believe it’s an irrational piece of legislation,” Walsh told Sky News. Ryanair owner Michael O'Leary has also described the plan as 'pointless posturing'.

The concern is that the plan will hinder any meaningful restart of the UK's grounded aviation industry. Walsh himself said that the measures have 'torpedoed' plans to operate 40% of scheduled flights in July.

And as BA struggles to resume flights it is burning through cash. According to the Financial Times, BA has already taken on an additional £800 million in debt to cover losses. Walsh had no problem spelling out the extent of the issue in a letter to the MPs:

“British Airways is not generating any revenues and continues to burn through approximately £20m of cash a day. The current situation is not sustainable.”

UK tourism lobby group Quash Quarantine reckons travel corridors could open 29 June. At least that's according to a senior government advisor. But with news that Spain is not discussing a travel corridor with the UK, there could be a bit of turbulence over actually implementing the plans.

The group, which represents 500 travel and hospitality companies, is also considering legal action against the UK government.

"We are still considering our options regarding legal action, including whether to join BA's claim or launch our own action, but would prefer that 29th June is confirmed as soon as possible for the start of travel corridors," Quash Quarantine's spokesman Paul Charles said.

With summer fast approaching, the UK could well miss out on any Europe-wide agreement. That would undoubtedly hit IAG's share price.

IAG-owned Iberia has reportedly agreed to buy Spanish-based Air Europa for almost 1 million euros. This will strengthen Madrid as IAG's Spanish hub and strengthen its network to Latin America and Africa.

IAG is planning to go through with the deal while still letting go of 12,000 jobs from British Airways. Controversially, this plan involves making the 42,000 strong workforce redundant. Then rehiring 30,000 on reduced contracts.

IAG's share price has been flying, going from 160p in mid-April to break through 300p this month. While this lags behind the wider index's rally that began in March, it is an impressive feat considering IAG's cash burn.

From a technical point of view, IAG's share price has broken through the 250p level that saw April and May's nascent rallies wiped out. Whether there is more upward momentum to come could depend on the fundamentals, but 250p could represent a natural support line.

Among the analysts tracking the share price on the FT the majority rate IAG’s stock Outperform. Of the 15 analysts offering share price targets, the 12-month average comes in at 370.16p – a 19% upside on IAG’s current share price.