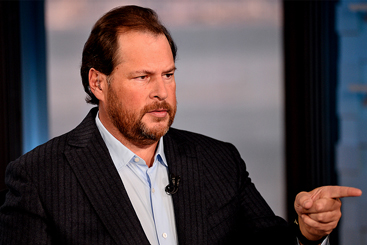 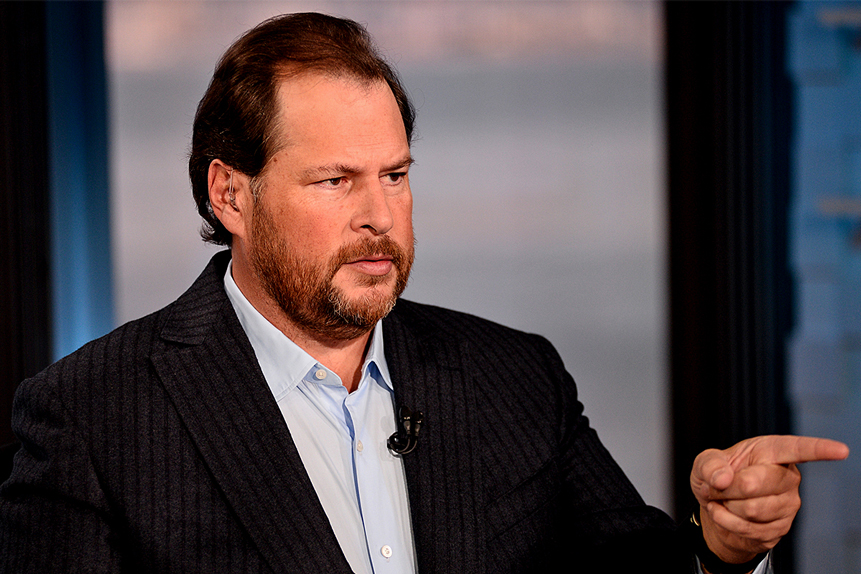 As worries about rising inflation continue to weigh heavily on a lot of the big tech stocks, Salesforce’s [CRM] share price has climbed 3% so far this year (through 24 May).

The software giant has performed respectably in comparison to a number of ETFs that hold the stock. The Global X Cloud Computing ETF [CLOU], in which Salesforce is weighted 3.98%, has fallen 6.7% so far in 2021 (through 24 May). The iShares Expanded Tech-Software Sector ETF [IGV] — which counts Salesforce as its third-highest holding, weighted at 8.86% — is up 0.1% during the period, and the Invesco NASDAQ Internet ETF [PNQI], in which the stock is weighted 4.26%, has climbed 3.1%.

Will Salesforce’s share price move in a positive direction following its first-quarter 2022 earnings on 27 May?

Revenue for the full fiscal year is forecast to be between $25.65bn and $25.75bn, up circa 21% year-over-year. Once closed, its $27.7bn acquisition of Slack [WORK] is expected to bring in $600m. This means the team communication tool alone would contribute approximately three percentage points of growth.

Marc Benioff, CEO of Salesforce (pictured), said during the Q4 2021 earnings call that mergers and acquisitions, including that of Slack, will be a short-term headwind, having a negative impact of $0.53 on the fiscal 2022 EPS forecast.

Despite the expected lower earnings, there are reasons to believe Salesforce could better its guidance. Not only has the company consistently posted positive EPS surprises according to Zacks data, but it has beaten expectations in the previous three quarters by an impressive 38%, 135% and 115%, respectively.

Salesforce’s share price is currently hovering at the December level that it hit shortly after the announcement it would be buying Slack. Benioff has described Slack as having the potential to be “the central nervous system for any company, connecting its people and data across systems, apps and devices from anywhere”.

He said during the Q4 2021 earnings call that Salesforce’s intention is to use Slack to “create the most open and interoperable ecosystem of apps and workflow and enterprise software”.

Speaking on an episode of Mad Money earlier in May, Jim Cramer called Salesforce “the real bellwether” among cloud stocks and argued that it could be considered cheap.

Keith Weiss, an analyst at Morgan Stanley, wrote in a note to clients seen by Barron’sthat the recent sell-off in the stock has now “made the valuation much more attractive” and that it is well positioned to capitalise on any rise in demand for digital transformation.

“Leading franchises do not stay cheap for long, particularly against the strong demand backdrop we foresee over the next several years,” Weiss pointed out.

He upped his rating for the stock to overweight, maintaining his price target of $270, which implies an 18.9% rise from Salesforce’s share price at close on 24 May.

Overall, Wall Street appears to be bullish on the stock. MarketBeatdata shows, of the 36 ratings currently available, two are a strong buy, 27 are buy, and seven are hold.