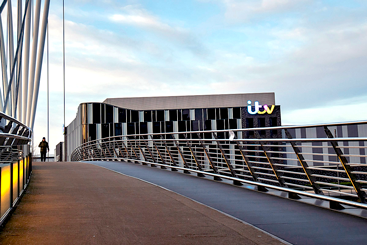 ITV’s share price: What to expect in Q3 earnings 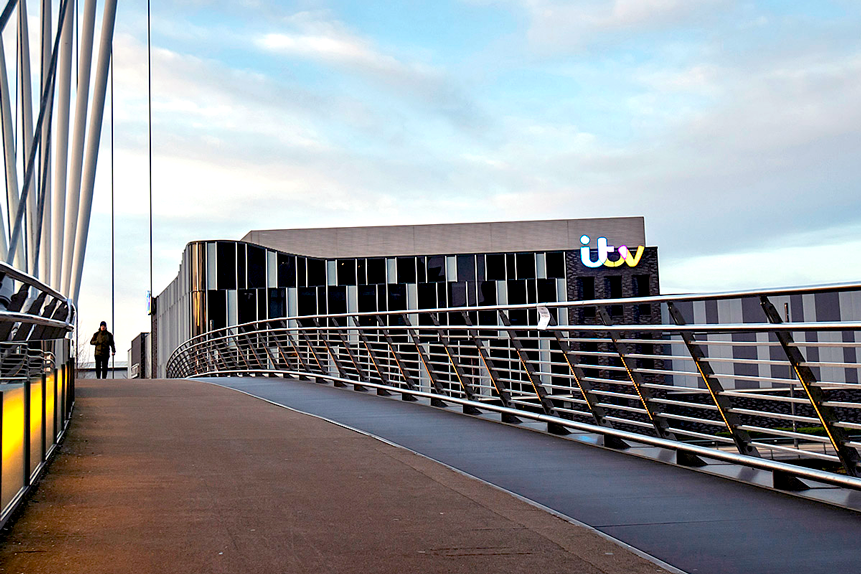 ITV’s [ITV] share price plummeted as the coronavirus pandemic took hold earlier this year. ITV’s share price started 2020 close to its highest level in more than a year at 151.90p, but by 23 March it had plunged 67% to just 50.06p. Since then, ITV’s share price staged a tentative recovery in June, before dropping back again, and then gradually rebounding to close last 10 November at 88.50p, 76.8% above March’s 52-week low. 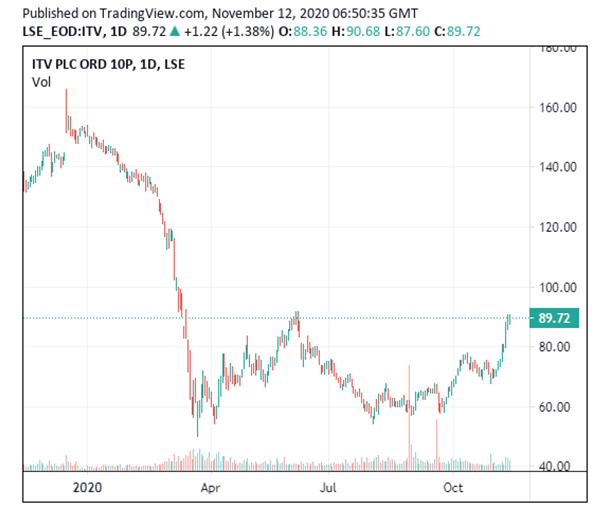 When is ITV reporting Q3 earnings?

ITV’s share price suffered as first-half numbers evidenced a tough period for the broadcaster. The effect of the pandemic took its toll, with total advertising revenue for the period down 21% to £671m, broadcast revenue down 17% to £824m, and ITV Studios revenue — normally an outperformer — down 17% to £630m, after the company paused production. ITV pulled both its interim dividend and guidance, and said it would continue to focus on reducing costs by £60m, with half of these cuts being permanent.

Amid the gloom, CMC Markets’ chief market analyst, Michael Hewson, noted an upturn in advertising spending ahead of its third-quarter results, saying “the return of sport to our screens will have helped boost ITV’s advertising revenues in this quarter, and Britbox revenues are likely to improve.” It looks like ITV and investors may have to play the long game, though, as Hewson added: “Overall, there wasn’t that much to cheer, even if advertising trends did improve in July and August, notably in travel companies advertising getaways, and car and indoor furnishing companies boosting ad spend.”

Heading into its Q3 numbers, does ITV’s share price represent a relative bargain, or could it be a value trap? According to Stockopedia’s Michael Green, ITV scores well as both a "high quality" and "relatively cheap valuation" stock. Using the Piotroski F-score, which assesses the strength of a company's financial position and helps find value stocks, Green gives ITV a 5 out of 9 score, suggesting it has "strong signs of quality".

In terms of value, ITV's earnings yield — which compares a company's profit with its market valuation — is 8.86%. Above the benchmark 5%, this also stacks up as a positive for investors, suggests Green.

According to Hargreaves Lansdown equity analyst Nicholas Hyett, a major fear for ITV is corporate advertising spend, after a 43% decline in Q2. Hyett says that, “while we know online advertising has recovered more recently, whether that extends to more traditional advertising venues is as yet unclear.” The second nationwide lockdown is unlikely to clear the picture for ITV, and Hyett adds that “the group can ill afford more cash outflows this quarter if conditions remain challenging going into 2021.”

Production arm ITV Studios does offer a potential ray of light ahead of the Q3 announcement, however. According to Hyett: “While the first lockdown meant many productions were put on hold, we suspect it will also have seen viewers burn through back-catalogue material, increasing demand for new content. ITV will be hoping that boosts activity going forwards.”

Hewson’s assertion that “it may be an uphill struggle for this terrestrial broadcaster, unless advertising revenue shows evidence of a sustained pickup”, is borne out in analysts’ expectations for the full-year results. ITV’ s consensus revenue estimate for FY2020 among 18 analysts tracking the stock with the Financial Times is £2.77bn. This would represent a 16.31% decline from the prior year’s revenue of £3.31bn. The consensus earnings per share estimate is 8.6p, which would be a 38.13% drop from 13.9p in 2019.

ITV's share price has an average target of 87.00p, with a high estimate of 135.00p and a low estimate of 50.00p, among the 16 analysts offering 12-month price targets with the FT. The average estimate represents a 1.7% decrease from ITV’s share price (as of 10 November’s close). Among 18 analysts tracking the stock, overall recommendations are positive, with three Hold, seven Outperform, seven Hold, one Underperform and no Sell ratings.