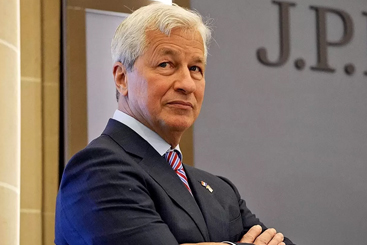 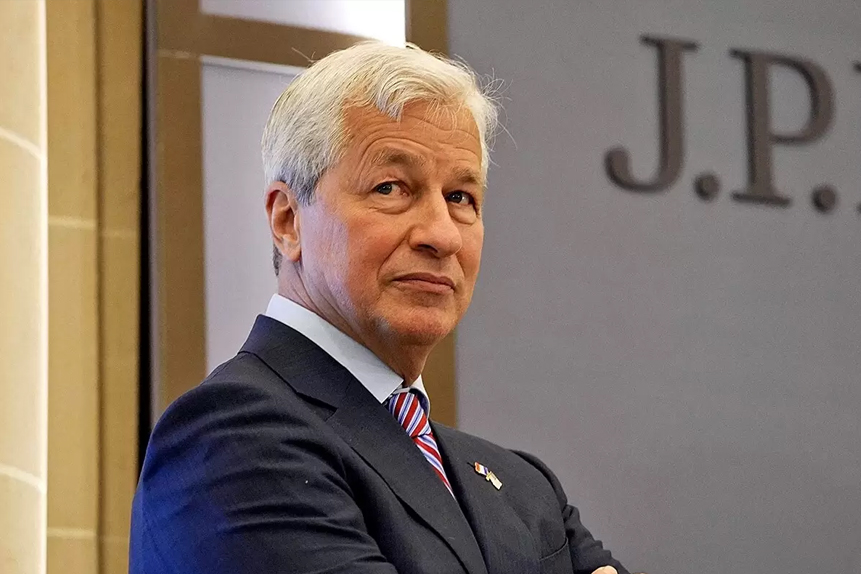 Banking giant JP Morgan Chase [JPM] is expected to report a 20.6% drop in year-over-year earnings, but a 2.3% rise in revenues when it reports its fourth quarter figures on 14 January.

According to analysts at Zacks the group is tipped to reveal quarterly earnings of $3.01 per share and revenues of $29.89bn.

In the preceding quarter the bank had written back $2.1 bn from its reserves because of improving economic activity. “We do not consider these scenario-driven releases core or recurring profits,” Jamie Dimon (pictured above), chairman and chief executive had said.

Zacks said that JP will have benefited from add-on acquisitions that over the past few months have included ESG investing platform OpenInvest and restaurant guide The Infatuation to boost its card business. It also bought a 75% stake in Volkswagen’s [VWAGY] payment arm.

Its other diversification moves, including Chase — its app-only bank account in the UK — are also expected to boost demand. JP said that it hopes to expand the Chase model across Europe in the next few years.

“Its initiatives to expand the branch network in new markets has also been a key catalyst for growth,” Zacks said. “JPMorgan is also likely to keep enhancing the shareholder value on the back of its impressive capital deployment activities.”

Zacks said that JP is also expected to show some modest improvement in loan growth, “but it has so far been a lot weaker than would be consistent with the degree of rebound in household and business spending”.

The expected fourth quarter performance marks a slowdown from the bank’s third quarter. Then revenues climbed 2% to $30.4bn year-over-year and earnings rose 28% helped by a strong performance from its investment bank and asset/wealth management.

The price dropped to $153 just before Christmas as worries grew about the new Omicron COVID-19 variant and what impact this could have on the economy and consumer financial confidence.

However, since the start of 2022 the share price has bounced back to sit at $167 at the close on 7 January.

The fillip has been reports suggesting that the US Federal Reserve could, as early as this March, start hiking interest rates to combat higher inflation. This would boost banking margins and profits.

Kenneth Leon, research director at CFRA Research, as reported by MarketWatch, said that the US economy is likely to be a key driver to bank performance in 2022. “Fed interest rate hikes expected in 2022 will lead to wider spreads and net interest margins, and higher net interest income.”

However, Leon has a ‘sell’ rating on JP Morgan, with Wolfe Research also recently downgrading the stock to ‘peer perform’ from ‘outperform’. Analyst Steven Chubak is concerned about tougher regulations ahead and higher expense growth as it “invests to compete with new entrants and inflationary pressures”.

But according to Market Screener, analysts have a consensus ‘outperform’ rating on the stock. The average target price is $179.78.

Barclays [BCS] has a target price of $202 with analyst Jason Goldberg, according to The Fly, expecting loan growth to accelerate this year and net interest margins to benefit from higher interest rates.

Commentary from management on interest rates and loan trends among consumers and businesses will be in focus during the results announcement.