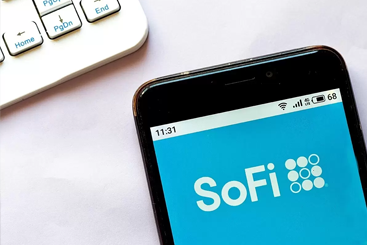 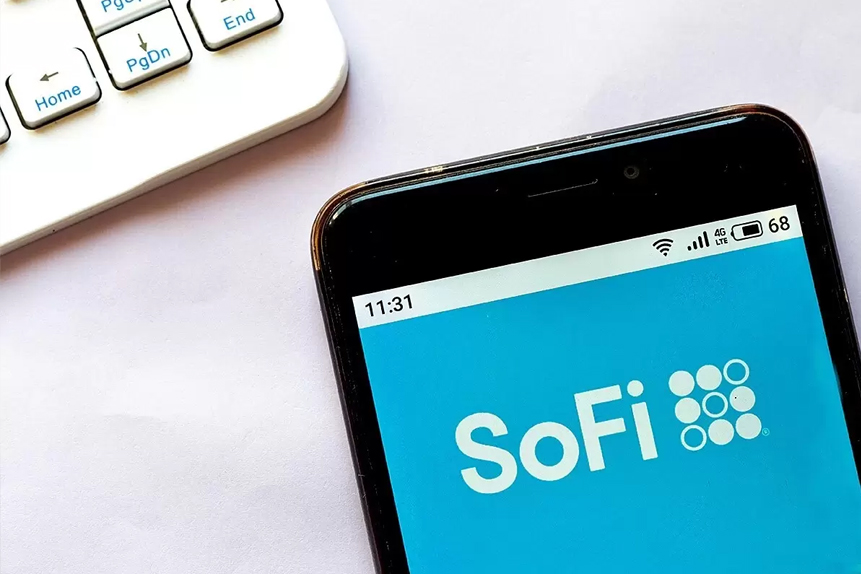 FinTech firm SoFi Technologies [SOFI] is expected to report a 10% rise in revenue growth year on year when it reports third-quarter earnings on 10 November.

Analysts expect the group — which began life as a student loan lender in 2011 but now offers banking, personal loans, mortgages and investing via its mobile app — to post revenues of $255mn.

The group forecast revenues to hit between $245mn and $255mn, with EBITDA loss of $7mn. It recorded a surprise operating profit of $11.2m in the second quarter compared to its outlook of a $8mn loss at the lower end.

SoFi, which has naming rights to the American Football stadium used by the Los Angeles Chargers and Rams, listed in June via special purpose acquisition company Social Capital Hedosophia Holdings. It raised $2.4bn and was valued at $8.65bn. Its share price climbed 12.4% on its first day — 1 June — hitting $22.65.

However, the price has failed to catch fire since, sitting at $22.74 at the close on 8 November. That is partly down to continued uncertainty about the economic recovery, and subsequent demand for lending as the COVID-19 Delta variant gains ground.

It has also been affected by the US Department of Education’s announcement in August that the student loan payment pause would be extended until the end of January 2022.

At least SoFi and its investors now have clarity on the end date. Analyst Morgan Stanley believes SoFi’S student loan refinancing business will surge after the extension ends with a 70% increase in student loan originations in 2022.

SoFi has doubled its customer base from 1.2 million to 2.6 million over the last year, and Morgan Stanley expects similar growth rate to result in 5.3 million customers over the next two years.

In its second quarter, SoFi announced a 113% acceleration in member growth to 2.6 million and record quarterly net revenue up 101%. However, it posted a loss of $165.3m, compared with a net income of $7.8m in the same period in 2020. It also said the student loans market was still depressed, further hitting investor sentiment and the share price.

Anthony Noto, CEO of SoFi, said at the end of the second quarter “We drove our 8th straight quarter of accelerating member growth, with even faster growth in cross-buying from existing members.”

Its acquisition of API and payments platform Galileo Financial Technologies last April was also revealed to have been going well, increasing its Galileo account base to nearly 79 million.

Back in March this year, SoFi announced it had bought Golden Pacific BankCorp. Its banking charter application is tipped by analysts to be granted in the first quarter of 2022.

This, as reported by Simply Wall Street, would boost its lending capabilities and mean it would no longer be relying on third-party banks for capital. It would also improve marketing and pricing control.

SoFi is also looking to beef up its operations. It recently partnered with Pagaya Technologies for artificial intelligence capabilities to expand its customer lending base.

Morgan Stanley believes a banking charter would boost total revenues by 10% in its first full year given benefits to net interest margin (NIM). It has an ‘overweight’ rating on the stock and a $25 price target.

“SOFI has a clear, deliberate overarching strategy with a painstakingly thought-out road map, all with a clear focus on individual product return hurdles,” wrote Oppenheimer’s Dominick Gabriele as reported by Yahoo Finance. “It is the only ‘Super App’ on the market.”

Competition from the big banks looking to go digital and other tech firms could pose a threat but “few can stack up against SoFi’s,” wrote Tip Ranks. SoFi’s popularity in the youth segment and constant innovation give it an edge, it said.

Still, there are some analysts who remain cautious about SoFi’s growth hopes in such a competitive marketplace.