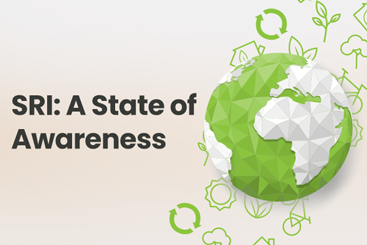 In the 1970s, air pollution was commonly accepted as the smell of prosperity, and the world remained largely oblivious to environmental concerns. This scenario changed when the New York Times bestseller, Silent Spring, raised public awareness on the links between pollution and public health. Earth Day 1970 achieved a rare political alignment between urban dwellers, farmers, business owners and labor leaders.

Three decades later, with over 5K environmental groups across 184 countries, Earth Day 2000 built both global and local conversations, leveraging the power of the Internet to organize activists around the world. In Washington, DC, the First Amendment Rally was made. Following which, Earth Day 2010 combated the cynicism of well-funded oil lobbyists and a divided environmental community with the collective power of global environmental activism. In the wake of these provocations, Earth Day prevailed, and EARTHDAY.ORG reestablished it as a significant moment for global action for the environment.

Over half a century later, the concept of earth day as of 2021 has shifted from individual initiatives to Socially Responsible Investing (SRI) on larger platforms for effective results. The business models that are creating a trailblazing presence in the green future are rethinking sustainability. Although for most parts of it, ESG, activism, and stewardship require people, not algorithms.

Listed below are five companies that have environmentally sustainable business models which genuinely believe in SRI.

Investors acquainted with NextEra Energy know that the company is heavily invested in clean energy and carbon reductions. The result has been a 52.2% decrease in carbon emissions between 2005 and 2019 and a 67.5% increase in clean electricity generation. By 2025, NextEra targets reducing carbon emissions by two-thirds from the 2005 baseline and double its electricity generation over that 20-year time frame. NextEra is an excellent example of a natural gas utility that embraced renewables. Its renewable capacity is gaining speed and is set to eclipse its natural gas capacity in just a few years.

Equinor, primarily owned by the Norwegian Ministry of Petroleum and Energy, is one of the world's most prominent integrated oil & gas players. Apart from being a dominating oil producer, Equinor has been a committed investor in offshore wind energy. The firm has cut its oil and gas budget substantially in favor of renewable investment. Norwegian energy firm Equinor and British utility SSE have recently agreed to develop the world's first 100% hydrogen-fueled power plant in Britain. Hydrogen is seen as a potential replacement for natural gas in power and heat generation, helping to achieve global climate goals. Equinor has pledged to become a net-zero emission business by 2050 or sooner.

It is one of the world's largest SRI companies and is valued at almost $2 trillion. The software company generates little waste - their key product is coding done by engineers. But the company has gone above and beyond its call of duty and has achieved 100% carbon neutrality every year since 2012. Moreover, Microsoft commits to being carbon negative by 2030. The company also donates $1.4 billion annually in software and services to non-profit organizations. And to top it all off, over the years, Microsoft has provided grants to 16K students with computer science education.

Its more than just a caffeinated beverage. Its top brands include other drinks and foods (Quaker Oats, Aquafina & Fritos). The company has gone the extra mile to fulfill its SRI obligations. PepsiCo has significantly cut down added sugars, sodium, and saturated fat in the company's beverages. In the wake of the same, in 2018, the company bought SodaStream, an Israel-based manufacturing company, to offer consumers great-tasting beverages while reducing the amount of waste generated. The company has a goal of replenishing 100% of the water used in high-water-risk areas by 2025, of which 22% was achieved in 2017. Expanding a sustainable farming program to include 7 million acres by 2025 is also a long-term objective for PepsiCo.

Its more than just Happy Meals! Given that McDonald's has a greater global reach than most restaurant chains, it can initiate more change than thousands of tinier restaurants summed together. The fast-food chain has been sourcing beef from sustainable farmers to ensure using antibiotic-free meat. By 2025, McDonald's has guaranteed 100% of packaging comes from recycled and renewable sources. The real leverage point unique to McDonald's is its position in the food chain. By interacting directly with the end consumer, it has the potential to affect wide-ranging changes.

SRI is an integral part of the equation as the future is based on a sustainable road of living, and companies that focus on environment, governance, and employee-related issues are bound to benefit from rebates, subsidies, and stimuli from the government. The era of green has begun.

Watch and tap into these sectors as the rally has begun!