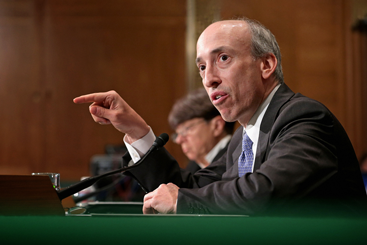 US Fund Managers Line Up for Cryptocurrency ETF Launch 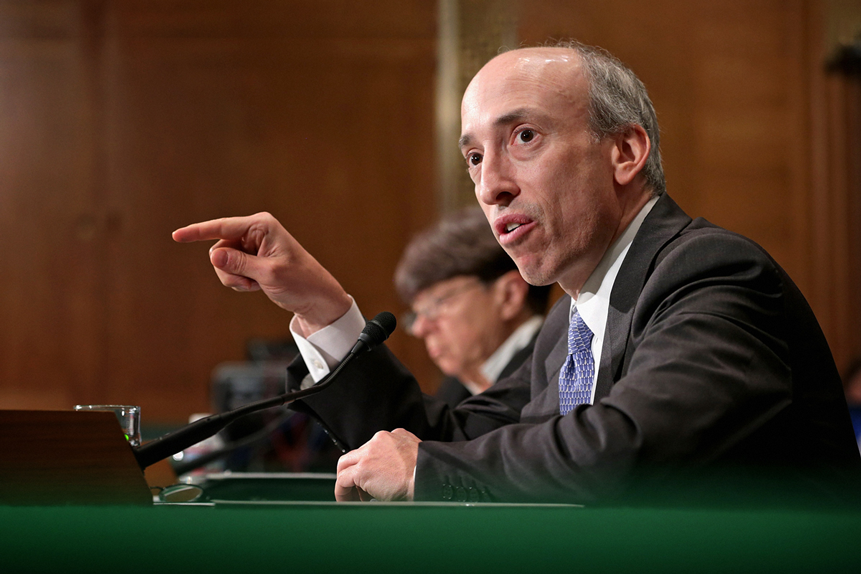 The race to launch the first US cryptocurrency exchange-traded fund (ETF) is hotting up, with a growing number of players scrambling to get a seat at the table.

“These funds are getting their ducks in a row. They’re getting their paperwork filed, so if or when the SEC [US Securities and Exchange Commission] does OK a Bitcoin ETF, these asset managers will be ready,” said Todd Rosenbluth, director of ETF research for CFRA Research, reports Bloomberg.

The Blockchain cryptocurrency ETF theme is the best performer on our thematic screener across the last month, with a gain of 6.94%, comfortably outperforming the S&P 500 index, which has slipped 0.49% over the same period (as of 19 March’s close).

VanEck’s bitcoin ETF application was acknowledged by the SEC last Monday, reports CoinDesk’s Nathan DiCammill, which could put the US global investment fund in pole position to launch the first US cryptocurrency ETF. Established in 1955, VanEck has a long history of identifying investment trends.

This formal acknowledgement opens a 45-day window for the SEC to make an initial decision on the proposal, although the commission can extend the review period by 240 days before making a final ruling. The SEC has rejected all previous bitcoin ETF applications to date, with the potential for “market manipulation” high among its concerns.

However, there are several reasons to believe it will be a different outcome this time. One of these is the incoming chair, Gary Gensler, whose appointment was ratified by the Senate Banking Committee on 11 March and who “has been fairly bullish on crypto and blockchain”, notes DiCammill. This offers a stark contrast with the outgoing chair, Jay Clayton, “a staunch Bitcoin sceptic” according to Modern Consensus’ Adrian Zmudzinski, who left in late December.

“The crypto market has matured since 2017 and 2018,” says CoinDesk’s Nikhilesh De, when the SEC was routinely rejecting cryptocurrency ETF applications. De cites VanEck’s application, which highlights that the bitcoin market “is approximately 100 times larger” in 2021 than in 2016, while regulated bitcoin futures represent close to $28bn in notional trading volume on the CME.

Chief investment officer of Bitwise Asset Management – creator of the world’s first cryptocurrency index fund, the Bitwise 10 Crypto Index Fund [BITW] – Matthew Hougan, argues that the key issue is whether the market has matured enough to meet the requirements listed under the Securities Exchange Act, the federal law that oversees US securities trading.

One relatively new hurdle could be last-minute rules proposed by the outgoing Trump administration, forcing financial services firms to record the identities of cryptocurrency holders. It could have “far-reaching consequences for an industry that prizes anonymity,” say Bloomberg’s Claire Ballentine and Olivia Raimonde. It’s unknown how US president Joe Biden and his choice of new SEC chief, Gensler, will deal with this issue.

Will a cryptocurrency ETF finally get SEC approval?

Cryptocurrency ETF approval in Canada should pave the way for the SEC to follow suit, reckons Bloomberg ETF analyst, Eric Balchunas. He says the “US usually follows shortly after”, adding that it’s a “ good sign” for American applicants. Balchunas even predicts late September for SEC approval, prompting $50bn worth of inflows in the first year.

President of advisory firm ETF Store, Nate Geraci, strikes a similarly optimistic tone when speaking to Bloomberg. “With Canada recently approving bitcoin ETFs and Gary Gensler poised to serve as SEC chairman, optimism abounds,” he said, adding that, “every issuer with any hope of having a meaningful Bitcoin ETF presence should be throwing their hat in the ring at this point.”

Despite a number of potential hoops left to jump through, it appears that the dawn of the US cryptocurrency ETF is a matter of when, rather than if, according to several industry experts.