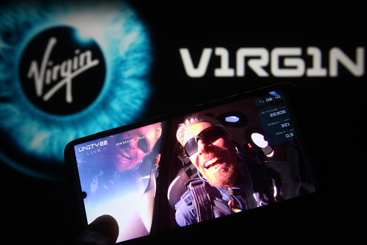 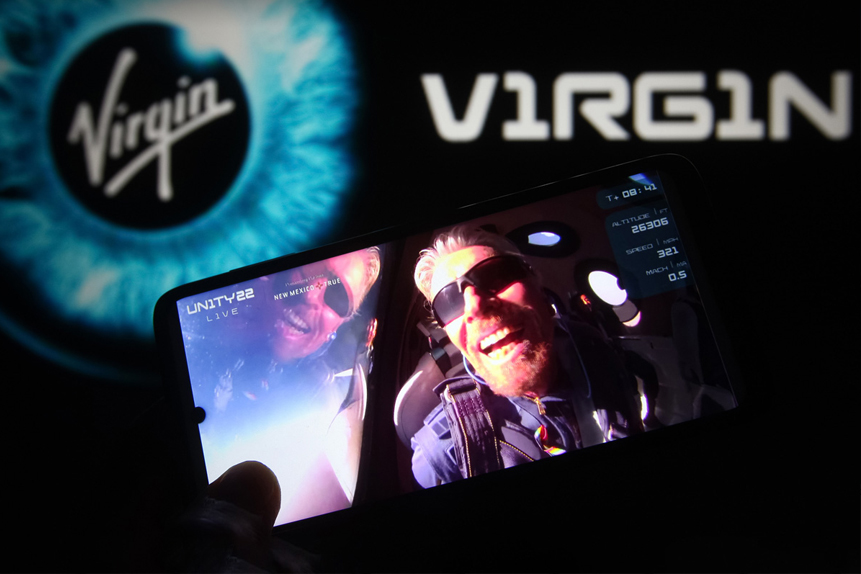 Virgin Galactic’s [SPCE] share price was on the end of a broker downgrade last week, after the stock soared 291% in just six weeks. However, it’s not necessarily bad news for investors, with reasons for optimism over the short-term at least, while the longer-term investment case appears unchanged.

The stock is sure to stay at the forefront of investors’ minds, as the space tourism company’s founder, UK entrepreneur Sir Richard Branson, joined Virgin Galactic’s first fully crewed test flight to the edge of space on Sunday 11 July. The flight soared 55 miles above the New Mexico desert and lasted approximately 90 minutes.

Since then though, the stock has soared 244.78% higher to Friday 9 July’s $49.20 close, helped by an upgrade from UBS analyst, Myles Walton, who moved the stock to a Buy rating on 20 May. The shares received yet another fillip on 25 June, after the company received regulatory clearance from the US Federal Aviation Administration to fly customers to space, reported MarketWatch. Virgin Galactic’s share price zoomed 38.87% higher to $55.91 on the day, its highest closing level since 11 February.

Despite only recently upgrading his Virgin Galactic share price rating to a Buy, Walton made an about-turn last week, as he downgraded the stock to Neutral. The UBS analyst pulled back from his more bullish outlook, raising concerns over the company’s valuation after the stock’s acceleration into overdrive since mid-May.

The boot was in fact on the other foot three months ago, as Walton upgraded the stock following its prolonged sell-off on possible test-flight delays and competitive pressures, shortly after the shares hit that 52-week low. With those previous red flag issues now in the distance, Walton is still optimistic on the stock despite the downgrade, report MarketWatch, saying: “Though we view this catalyst chain as appealing, at the stock’s current levels, we do see a lot priced in.” This is borne out in Walton’s 25% price target upgrade on the stock, to $45.00, which is 9.33% below Friday 9 July’s close.

Short-term, valuation-driven downgrades may not necessarily affect an investor’s long-term play, as fundamentals like revenue, profit and growth can help gauge whether a stock is living up to its valuation. Meme stocks are a case in point - soaring to potentially unrealistic valuations compared with their fundamentals and peers - Clover Health [CLOV] is one such stock which received a downgrade recently as a result. A decline in a stock’s shares may also present opportunity, as investors look to buy the dip.

While Walton says planned upcoming test flights, including Sunday’s with Branson on board, plus the reopening of ticket sales, should provide support for the stock over the next few months, a lack of catalysts could weigh on investor sentiment: “Looking beyond the summer of [test] flights, there is likely to be less news flow in the fall as the flight program stands down for maintenance into Q1 2022 … moreover, share lockups of the original investor base expiring could add some pressure.”

Looking further ahead, investors and analysts alike will be closely watching the test runs to gauge whether commercial activity can get underway early next year as planned, with Virgin Galactic set to operate 400 flights a year, says MarketWatch.

The 10 analysts offering 12-month price forecasts for Virgin Galactic have a median target of $38.50, according to CNN, which represents a 21.75% decrease from the last week’s close at $49.20. And with three Buy, six Hold and one Underweight rating among analysts covering the stock with the Wall Street Journal, the current consensus is to Hold.