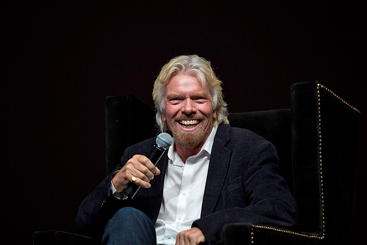 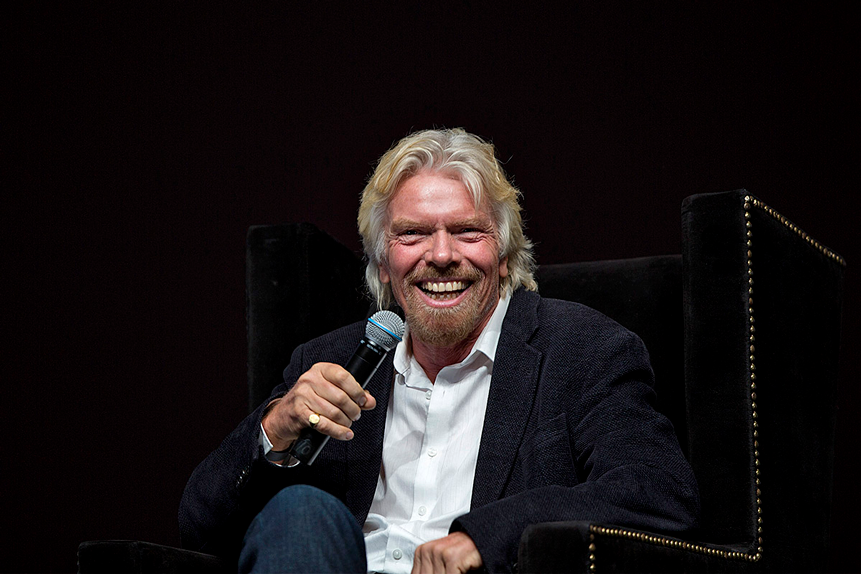 After opening 2020 at $11.70, Virgin Galactic’s [SPCE] share price skyrocketed to an astronomical $42.49 on 20 February before crashing back down to earth during the market downturn, bottoming out at $9.06 on 18 March. Will the company’s third-quarter earnings, due 5 November, boost Virgin Galactic’s share price to new heights? 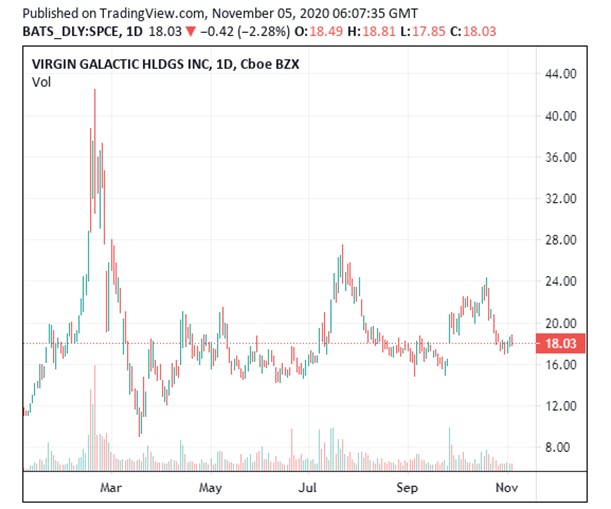 Virgin Galactic’s share price will likely move following the firm’s third-quarter earnings report, which is expected on 5 November. Investors in the space tourism business are unlikely to be expecting a great deal to change in terms of revenue or profitability from this update, however.

What will have a greater impact on Virgin Galactic’s share price, at this stage, will be any updates on progress towards the commencement of commercial flights — any further delays to this schedule will likely have a negative impact.

Virgin Galactic shareholders have invested not just in space, but time too.

Until recently, Virgin Galactic consistently assured investors that it would begin commercial flights in 2020. However, it recently delayed this due to a slowdown in research caused by the coronavirus pandemic. During its second-quarter results, the company revealed that it would not be ready to launch founder Richard Branson into space until early 2021.

Then, in a series of tweets, CNBC reporter Michael Sheetz revealed that the unique propulsion method used to power Virgin Galactic’s SpaceShipTwo craft into orbit will require the engine to be replaced after every flight, at a cost of between $250,000 and $275,000 per flight. With construction costs of a single SpaceShipTwo between $30m and $35m, this will extend investors’ wait for a break-even point even further.

But, in a recent meeting, Mike Moss, president of Virgin Galactic, told lawmakers that final test flights are on track to go ahead at the end of October, though the exact dates are yet to be finalised, ABC News reported.

For the time being, Virgin Galactic remains primarily a research and development company, though it has recently bolstered its pilot programme in preparation for commencing commercial operations, Aerospace Manufacturingreports.

Besides sales of shares, Virgin Galactic is currently dependent on flight deposits for revenue. It charges would-be space tourists a refundable $1,000 in order to get priority access to spots on commercial space flights once these are launched. The uptake in demand of these came to more than 700 at the end of the second quarter, compared to 400 in the first quarter.

Consequently, Virgin Galactic reported a loss of $62m last quarter, and it’s unlikely that much more will be forthcoming revenue-wise in next quarter’s announcement. CNN Money forecast sales between $500,000 and $2.1m, with a consensus estimate of $1.1m. Losses are forecast at between $0.28 and $0.21 per share, with a consensus estimate of -$0.26.

Given the exploratory stage the space company is currently at, analysts are not put off by the slow progress in earnings reports to date, recognising that Virgin Galactic’s share price is one to watch for its future potential rather than the company’s near-term performance.

Out of nine analysts polled on CNN Money, eight recommended to Buy the stock and one to Hold, emphasising that despite delays the firm has a robust business model with high customer demand.

For this reason, analysts expect Virgin Galactic’s share price and value to grow over the next twelve months, during which time we should see commercial operations commencing.

The median 12-month price forecast for the stock among nine analysts on CNN Money is $25, which would represent a 36.09% uptick on Virgin Galactic’s share price as of close on 3 November.