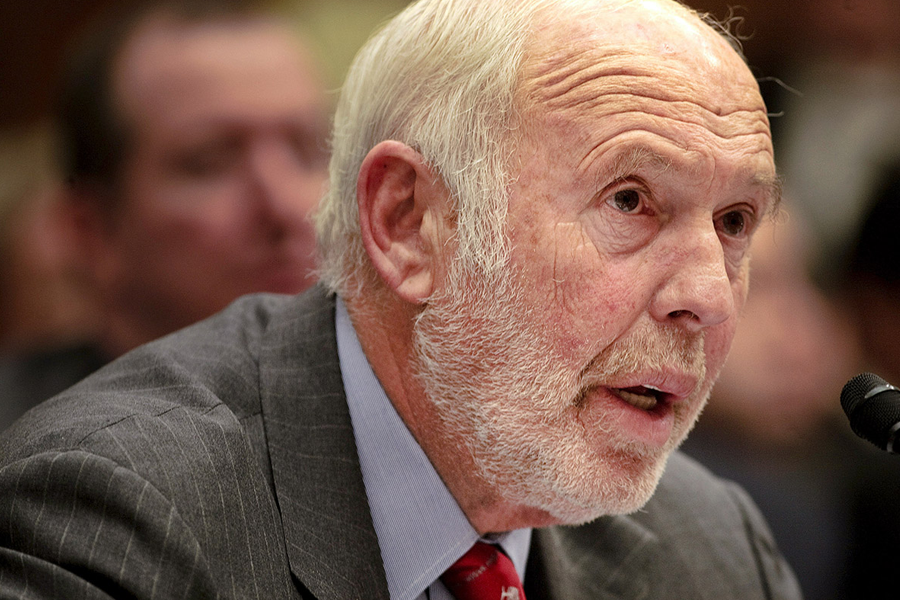 For maths genius Jim Simons, the numbers suddenly aren’t adding up. The legendary hedge fund manager’s Renaissance Technologies has endured a torrid 2020, most notably hit by Renaissance Institutional Diversified Alpha fund plunging 8.8% in the first week of June, leaving it 20.7% down for the year, according to the Financial Times.

As a number of rival funds successfully positioned to steady themselves following the shock impact of COVID-19, neither Jim Simons nor anyone else at Renaissance Technologies could halt the market-neutral Renaissance Institutional Diversified Alpha Fund’s slide.

But the quant fund’s mythical status proceeds it as does Jim Simons’ reputation as the world’s most successful investor — cemented by his Medallion fund, with reported average annual returns of 66% between 1988 and 2018. So what has gone wrong with the Renaissance Institutional Diversified Alpha Fund?

Renaissance is of course famed for its secrecy — employees reportedly sign a lifetime non-disclosure agreement — but Simons is known to have changed tack in late 2018. It was then that he effectively ditched the Renaissance Institutional Diversified Alpha Fund’s trend-following strategies, according to the Financial Times.

Such computer-modelling strategies were famously held to protect funds against market volatility and helped give many double-digit returns in the crash of 2008, but had lost popularity in recent years because relative market stability had given unimpressive returns. According to The Wall Street Journal and data from HFR, an investor buying into hedge funds using the strategy in 2011 would have netted returns of just 3.4% by July 2018.

The Renaissance Institutional Diversified Alpha Fund itself has cut its use of such strategies by two-thirds since the beginning of last year and was mooted by the Financial Times to be trading more in Japan- and Hong Kong-listed stocks.

However Renaissance Technologies, the assets of which total around $75bn, indicated the issue was something else entirely. In a note to investors in Spring, it hinted that one reason for its recent struggles may also be as much to do with circuit breakers, which by halting the freefall slide of the markets simultaneously prevent trades and stymie funds’ abilities to liquidate positions, according to Financial Review.

The Renaissance Institutional Diversified Alpha Fund’s unimpressive performance is not across the board at Renaissance Technologies. For instance, although the Renaissance Institutional Equities Fund was also caught out by the coronavirus pandemic-induced volatility, losing 14% in the first quarter - despite a 5% bounce-back in April -, the fabled Medallion Fund keeps on rolling. During the March chaos, it serenely rewarded its exclusive investors with 10% in that month alone and 24% for the year to 14 April, according to The Wall Street Journal.

But the reason for the return discrepancies in different Renaissance funds is easily explained, according to Institutional Investor. It highlights the opinion of Gregory Zuckerman, who profiled Jim Simons in his book The Man Who Sold The Market: “Medallion has short-term holding periods, RIEF and the other funds search for longer-term aberrations and own smaller stocks and other investments — things Medallion shies away from.” The Renaissance Institutional Diversified Alpha Fund holds significant individual positions on equities, and usually for a very long time.

Even in such a secretive industry, Renaissance Technologies’ founder Jim Simons is famous for playing his cards close to his chest. “How does Medallion do it? If I told you how, everyone would do it and it wouldn’t be good anymore,” he once told the Financial Times.

Simons is as taciturn about the Renaissance institutional Diversified Alpha Fund, but while the details of individual funds’ holdings are unavailable, Renaissance Technologies’ latest quarterly Securities and Exchange Commission filing offers some clues.

The three largest holdings in its F13 securities were all pharmaceuticals. Their recovery since the mid-March crash has been varied. In Q1 Simons added 5.7 million shares to his largest holding, Bristol Myers-Squibb, which makes up 3.57% of his portfolio. Although the stock bounced back 32% from its March low to a high of $64.09 in May, as of 29 June it’s still down 7.2% for the year.

Conversely, Danish firm Novo-Nordisk — in which Renaissance Technologies bought 1.6 million ADRs this year — and Boston-based Vertex Pharmaceuticals — from which Simons off-loaded close to 217,000 shares in the three months to March — are up nearly 10.5% and 32.3% for the year to 30 June.

Pharmaceuticals, healthcare and biotech also account for several other of Simons’ 10 biggest holdings, with Biogen, Allergan, AbbVie and health insurers Humana all in the list, which is completed with communications firm VeriSign, Chipotle Mexican Grill Inc and Walmart.

Simons tends to be philosophical about losses, which is perhaps easy for a man with a personal fortune reported by Forbes of $21.6bn. “The market is not static, it’s dynamic; things change,” he told an audience at MIT Sloan last year. “Therefore I think there’s room for new inefficiencies to materialise. I think it’s never going to be that all inefficiencies are out with nothing new to discover. So far, our returns have been more or less stable for a long time. We keep finding new things and throwing out things that are no longer working.”

Or it could be, of course, that Renaissance Institutional Diversified Alpha Fund’s long-term positions simply didn’t give it the flexibility to dodge what was the unprecedented bullet of a virus that shut down entire economies and prompted an unheard-of level of government fiscal stimulus around the world.