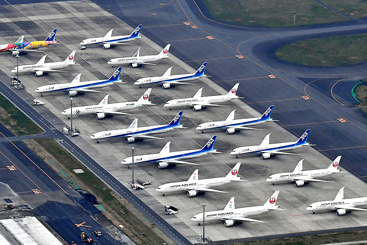 When will the airline industry recover from COVID-19? 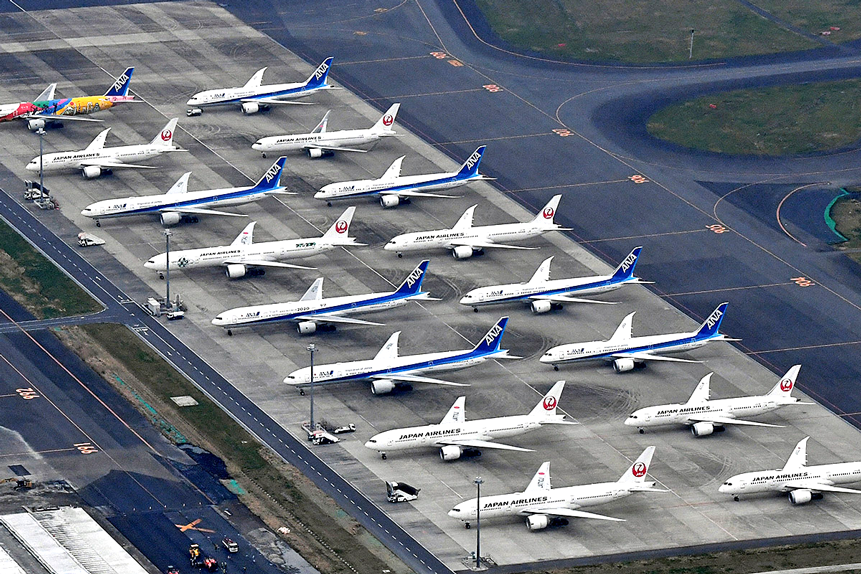 Airlines have been buffeted by the coronavirus pandemic, with lockdowns and travel restrictions reducing flights globally by an estimated 60% throughout 2020. Over December, when the holidays usually boost the industry, new variants of the virus and resultant travel bans saw passenger numbers down circa 80%.

The picture is even more grim for rival United Airlines [UAL], which has lost 4.07% in the opening weeks of the year (as of 1 February’s close). Its last quarterly earnings report, published on 20 January, exposed serious cash burn. United Airlines’ share price has fallen 46.7% over the last 12 months.

Southwest Airlines [LUV], the world’s second-largest carrier by market cap, has performed well by comparison, losing 18.89% over 12 months thanks to the airline keeping itself relatively busy with a North America- and world-topping 854,800 flights throughout 2020.

The US Global Jets ETF [JETS], which tracks the global airline industry (including operators and manufacturers), has fallen 28.39% over the last 12 months (to 1 February). The lowest days for the fund were 19 March and 14 May, when units changed hands for as little as $11.25 and $11.27. The last available price of $21.52 represents a more than 90% gain from these lows, but the industry still faces significant headwinds and is a long way from the levels at which it performed before the pandemic.

Many of the biggest losses have been felt outside the US. International Consolidated Airlines Group [IAG.L], which owns various European airlines including British Airways, Iberia and Aer Lingus, has lost 38.39% on the London Stock Exchange over the past 12 months (to 1 February), and 4.7% in 2021 alone.

When will demand take off?

Because of the pandemic’s drastic and erratic impact on travel restrictions and consumer behaviour, demand is impossible to model with the precision the industry has become accustomed to.

Airlines now face a tricky balancing act when it comes to streamlining their supply. With higher sunk costs, long-haul flights are the riskiest propositions, while budget airlines like Ryanair [RYA] and Wizz Air [WIZZ] are best placed to capitalise, given their nimbleness and liquidity. Even so, both of these airlines have lowered their expected capacity multiple times over the last year.

Industry figures were already discussing the implications of commercial flights’ green credentials before the pandemic. Concerns were raised that “flight-shaming”, thought to have reduced demand for flights by 4% in Sweden, could spread.

Carbon offset programmes were forecast (before the pandemic) to cut industry profits by up to 44% by 2025. A survey carried out by UBS in 2019 indicated that 16% of UK and 24% of US respondents were considering reducing their flights because of the environmental impact, and that this could halve the annual growth rate for the industry. The industry has to make progress on environmental issues such as air traffic management, sustainable fuel and alternative power sources in order to recover fully from the slump in demand over the previous year, John Strickland wrote in Forbes.

Morgan Stanley has been bullish on the industry’s prospects ever since a report in October 2020 predicted a return to pre-pandemic levels of demand by late 2021 or early 2022.

Despite reporting quarterly losses of $2.53 per share, worse than analysts’ predictions, Delta Air Lines’ target price was recently increased by Morgan Stanley from $51 to $55. While various other analysts including Credit Suisse and Stifel also raised their targets, JP Morgan lowered theirs from $51 to $49, and Deutsche Bank lowered their rating from buy to hold.