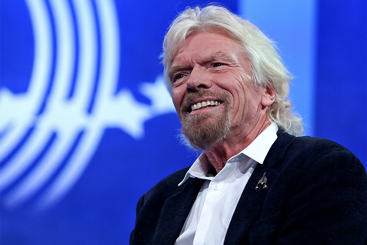 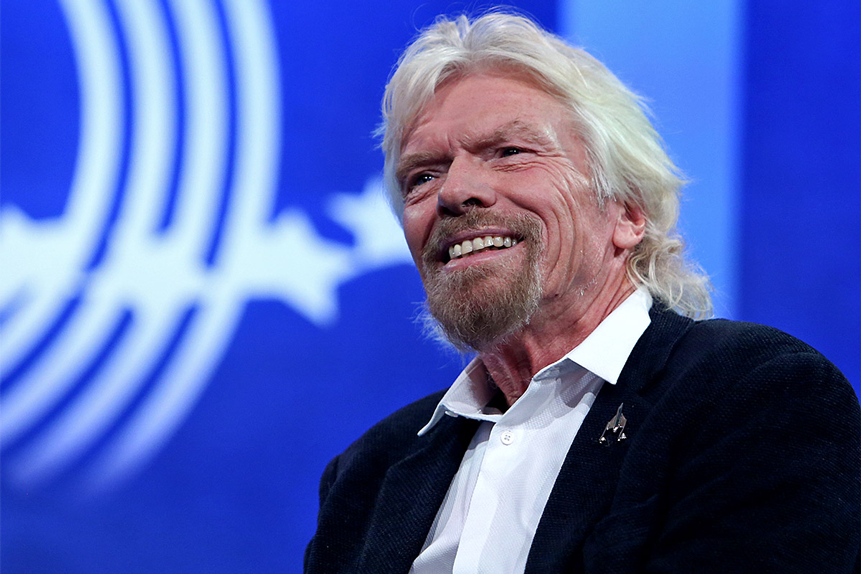 On Thursday last week, Virgin Galactic's share price reached $24.60, its highest level since 28 July. Yet the US/UK spaceflight firm remains 82.28% below its all-time high of $42.49, achieved on 20 February this year.

The COVID-19 crisis has undoubtedly dealt the company a bad hand, with the latest setback coming just last week as its crucial Mexico test flight was postponed. That said, with a glimmer of light at the end of the coronavirus tunnel, are the longer-term prospects for Virgin Galactic’s share price burning brighter? 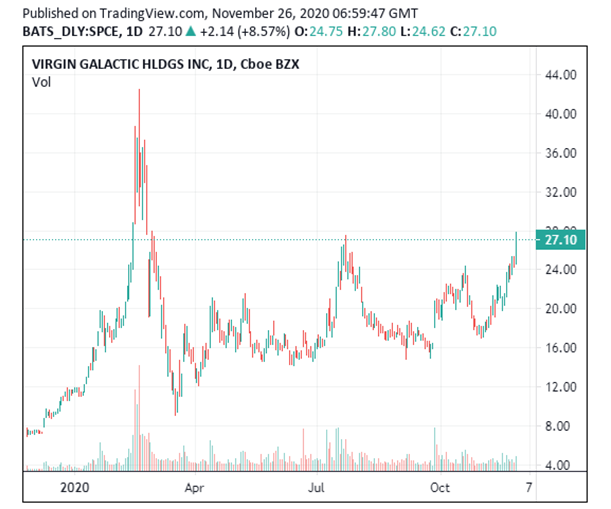 Virgin Galactic’s share price managed to finish above its mid-session low on Monday — overcoming a slump of 7.36% to $20.63 on the open — despite the company announcing a delay to its key test flight. Scheduled for 19-23 November, the delay was announced after stricter restrictions were imposed in New Mexico due to a rise in coronavirus cases.

As well as causing a headache for the firm’s planning, the test flight’s forced abandonment — the first at its Spaceport America facility — also dealt a financial blow, as it was scheduled to include “revenue-generating payloads as part of the NASA flight opportunities programme”, according toInvestor Business Daily’s Gillian Rich.

Virgin Galactic CEO Michael Colglazier said, "We will be minimising our New Mexico operations to the greatest degree possible. While these new restrictions cause us to adjust our flight schedule, we take this pause in stride and will be prepared to resume our pre-flight procedures and announce a new test flight window as soon as we can."

In the firm’s 5 November Q3 update, Colglazier confirmed that the firm continues to experience schedule and cost inefficiencies due to the pandemic, and expects these to continue into 2021, which could weigh on Virgin Galactic’s share price in the near term.

The travel and tourism sector has been one of the industries to bear the brunt of the coronavirus’ economic impact this year, and Virgin Galactic is no exception from the trend. While founder Richard Branson and his team would have been understandably disappointed by the test flight’s late postponement, Virgin Galactic’s share price rebounded well from the setback, potentially helped by “bargain-seekers … and probably as investors remembered that Branson has deep pockets”, according to FXStreet analyst Yohay Elam.

Looking at a longer-term picture, Elam reckons that, once the pandemic begins to subside and restrictions ease, there could be a number of wealthy individuals ready to sign up for Virgin space flights. Additionally, progress is being made on vaccines, with encouraging test results from Pfizer [PFE] and BioNTech [BNTX], and with Moderna [MRNA] reporting excellent results too. Once the pandemic is over, tourism could get a new lease of life, and that should provide a timely boost to Virgin Galactic’s hopes for lift-off.

Elam suggests that the next upside target for Virgin Galactic’s share price is the $25.54 high close it reached in July. He also suggests there is analyst support for targets at $20.89, followed by $18.

Among the analysts tracking the stock with theWall Street Journal, Virgin Galactic’s share price has an average target of $25.67, with a high target of $35.00 and a low target at $19.00. The average price target would represent an upside of 10.12% on 24 November’s close.

As the current pandemic has shown, though, investors may need to buckle up for some turbulence along the way.