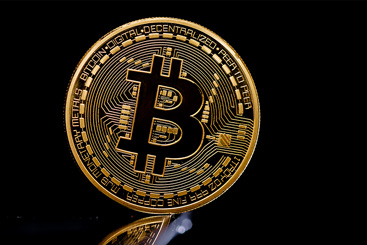 Where Next for Bitcoin After 30% Midweek Plunge? 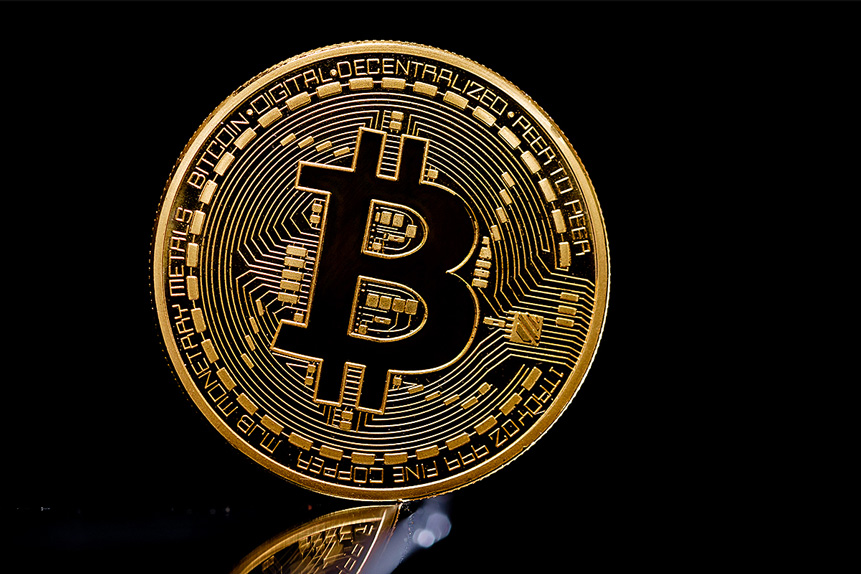 BTC made a partial recovery before suffering further falls, dropping below $33,000 by early Sunday evening (BST) – a decline of 14.00% in the last 24 hours, according to Coindesk.

Bitcoin’s current woes are at odds with Ark Invest founder and CEO Cathie Wood’s claim that the crypto will eventually soar as high as $500,000. We take a look at whether that can still happen?

Looking at the wider sector, the Blockchain theme ended the week towards the bottom of our thematic investment screener, losing 0.46%, almost in line with a 0.40% fall in the S&P 500. A monthly performance of -3.17% places the Blockchain ETF midway on the screener among 35 tracked themes.

Bitcoin plummets before staging a recovery

Global Digital Assets COO, Zachary Friedman, said: “What we saw today was a black swan event of cascading liquidations”. Bitcoin declined over 50% from its 12 April all-time high of $64,829.14, before moving back over $40,000 on Thursday and then sliding on Friday – and again on Sunday. Bitcoin’s market cap, relative to all other cryptocurrencies, briefly fell below 40% on Wednesday 19 May, the first time that’s happened since June 2018, according to Coindesk.

Bloomberg’s Joanna Ossinger and Vildana Hajric summed up the current situation, remarking that “this week’s swings have led to huge liquidations by leveraged investors and damaged the narrative that cryptocurrencies will become more stable as the sector matures. Musk’s actions showed how just a few tweets can still upend the entire market.”

Musk’s about-turn on accepting bitcoin payments for Tesla cars may have kick-started recent declines, but the latest blow came when China’s State Council reiterated its call to curtail bitcoin mining and trading, according to Bloomberg. In a further blow to bitcoin enthusiasts, the US may require crypto transactions of $10,000 or more to be reported to tax authorities, reports Bloomberg.

Chinese officials announced last Tuesday that it has banned financial institutions and payment companies from processing cryptocurrency transactions, warning investors against “speculative crypto trading”. Using its WeChat account, the People’s Bank of China reiterated that financial institutions should not accept or deal with cryptos, according to the Financial Times. Greg Magadini, CEO for data aggregator Genesis Volatility, said. “There are reports that China is focused on their own digital currency within the government, so it’s possible that this was the motive [for traders selling bitcoin],” reported Coindesk.

Although bitcoin’s price has slid below $37,000 during trading every day since last Wednesday 12 May, it’s still managed to finish the day above that level (as of the evening on 23 May), which is where Friedman sees price support, saying, “we have more than likely seen the bottom here.” Vice-president of trading at Global Digital Assets, Mostafa Al-Mashita, reckons Wednesday’s declines opened up an opportunity for bitcoin traders, saying to Coindesk: “buyers today will be rewarded, at least short term, for picking up coins at discount prices.”

Ark Investment founder and CEO, Cathie Wood, remains bullish on bitcoin, saying that it will go on to hit $500,000, despite last week’s heavy falls. In an interview with Bloomberg Business Week, Wood said bitcoin is "on sale" now, even though she believes bitcoin’s price is not necessarily at a bottom. She also believes the prospects for US approval of bitcoin exchange-traded funds this year have increased as a result of the recent plunge in bitcoin’s price, saying: "the odds are going up now that we have had this correction."

Wood also spoke about the environmental concerns around bitcoin mining, perhaps going some way to addressing Musk's concerns. She said: “this is going to change” as a result of a “dramatic” acceleration in solar energy adoption: "bitcoin mining could take off if there is excess energy from solar – if it can be offloaded into bitcoin mining.”

Encouragingly, Wood also said that China already uses over 50% of renewables and hydroelectric power in its bitcoin mining.