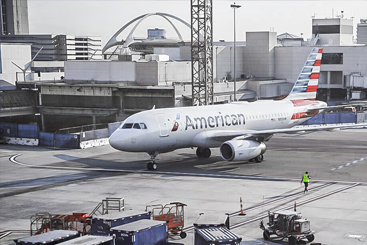 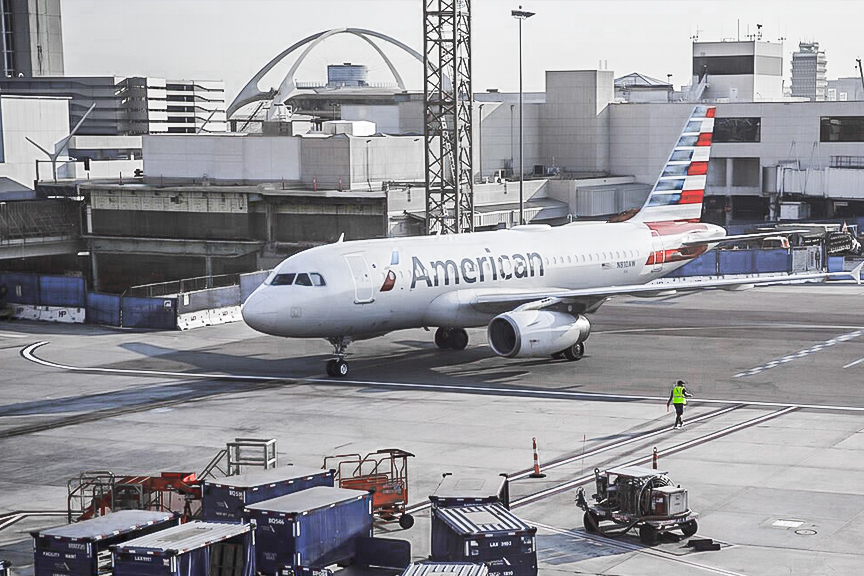 American Airlines’ [AAL] share price, Delta Air Lines’ [DAL] share price and United Airlines’ [UAL] share price have been holding steady in the run up to each company’s third quarter earnings announcement. With all three expected to report Q3 earnings over the next two weeks, which US airline should investors look out for?

Despite being the fourth largest carrier in the US, United Airlines’ share price has been the worst performing so far this year. The stock fell hardest in the first quarter, shedding 64.1%, and continued to decline another 9.7% in the second, before rising 0.4% in the third.

Delta Air Lines, the second largest domestic airline in the US, has had the best performance so far this year. Despite falling 51.7% in the first half of the year, Delta Air Lines’ share price rose 9% in Q3, giving it a year-to-date decline of 43.5% as of 9 October’s close.

Delta Air Lines is expected to kick off US airlines’ earnings announcements, with its report scheduled for 13 October.

Following on from a $5.7bn loss in the second quarter — the company’s biggest since 2008 — Delta forecasts that revenue will be no more than a quarter of last year’s $12.56bn according to CNBC.

During the last earnings call, Delta CEO Ed Bastian said that the company has reduced operating expenses by 50% during the last two quarters, and will continue to do so as part of its efforts to shore up cash.

While analysts are forecasting a pre-tax loss of $2.4bn amid a 74% fall in revenue to $3.2bn for the third quarter, investors are likely to be more concerned with the airline’s outlook, according to Barron’s.

A majority of analysts on MarketBeat rate the stock a Hold with an average target of $46.83 on Delta Air Lines’ share price. David Vernon, senior analyst at Bernstein, maintains an Outperform rating with a $41 price target.

Compared to its peers, United Airlines posted the smallest net loss in the second quarter, totalling $1.6bn. The company is expected to report its earnings on 15 October.

However, a US Securities and Exchange Commission filing from early September indicated an anticipated 70% drop in capacity. The company could be preparing investors for a larger fall in United Airlines’ share price following Q3 earnings. It also adjusted its expectations for passenger revenue, predicting an 85% fall, up from 83%.

The company has managed to raise $16.1bn in capital through various channels, but still expects to post a daily cash burn of $25m for Q3.

Zacks consensus estimates predict an earnings decline of $7.73, down 289.9% from the previous-year quarter, and revenues of $2.62bn. For analysts polled by MarketBeat, the consensus is to Hold the stock with a price target of $52.79. 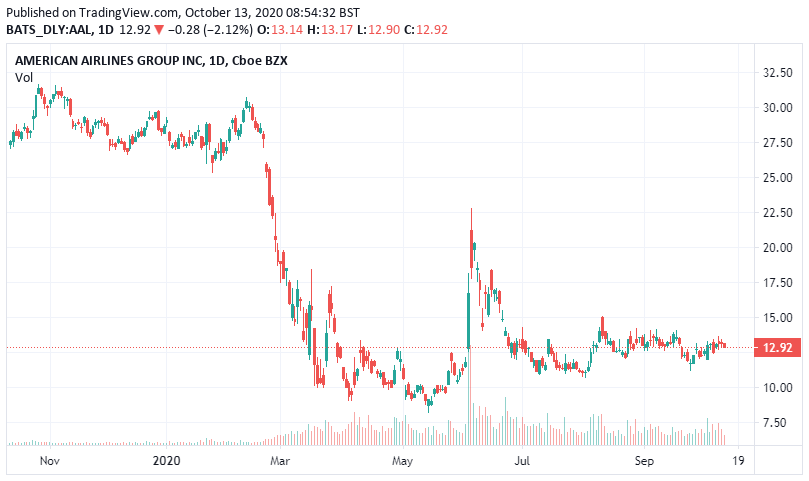 Analysts polled by MarketBeat, who give American Airlines’ share price an average target of $15.47, also rate the stock a Hold.

In a conference on 9 September, Robert Isom, president of American Airlines, said that he expected Q3 burn rates to be less than the previous quarters, with the hope of having $13bn in liquidity by the end of the quarter.

Isom also said that travel demand continues to improve, albeit gradually. American Airlines hopes to be cash-positive again by 2021, despite posting a $2bn net income loss in Q2.

However, a recovery looks to be some way off when considering that the company has long-term debt totalling $28.7bn, and has just secured a $4.75bn loan under the US Coronavirus Aid, Relief, and Economic Security (CARES) Act.

Zacks suggest analysts are expecting an earnings decline to $5.64 a share and revenue of $2.86bn for Q3. American Airlines will be the last of its peers to report on 22 October.