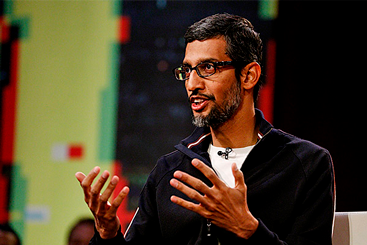 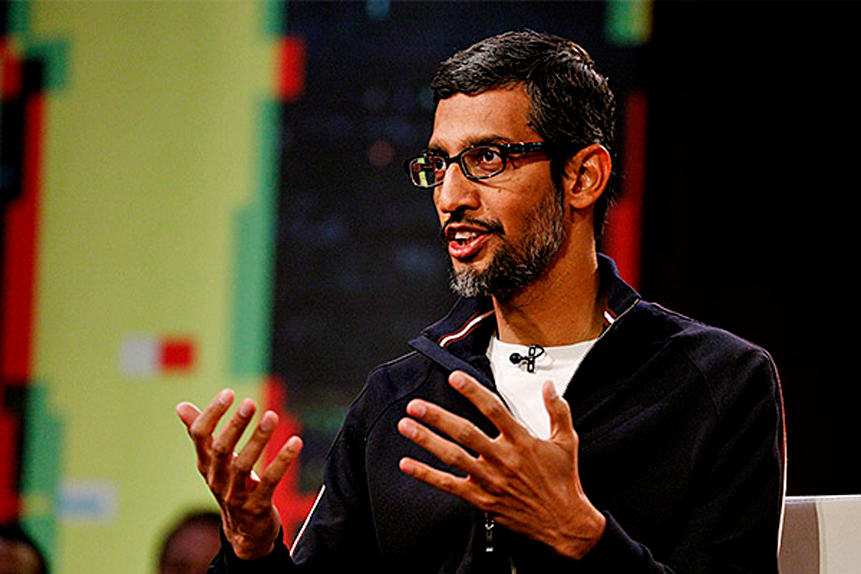 Despite being up 28.88% so far this year, Alphabet's [GOOGL] share price hasn't had an easy 2020. The coronavirus hit Google's core advertising revenue hard. At the height of the pandemic, marketing departments slashed budgets, prompting Alphabet's share price to drop on reports of its first ever decline in revenue growth in the second quarter.

That said, the last couple of months have seen a turnaround in the fortunes of Alphabet's share price. Appetite for advertising is back, and the company is expanding deeper into financial products. Can this lead to a sustained rally in Alphabet’s share price? 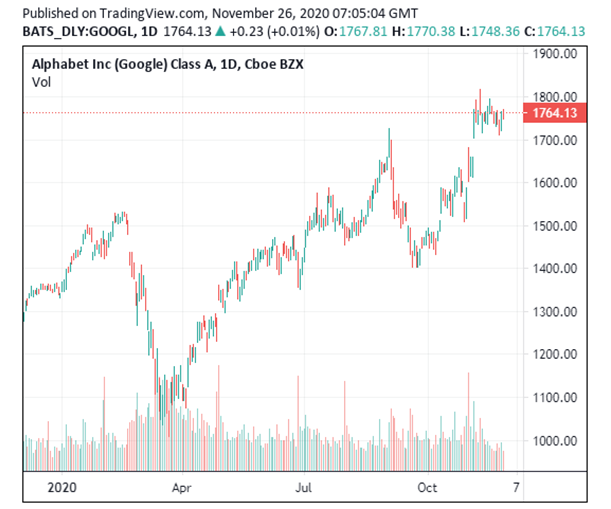 Alphabet has announced it will let users open a bank account through its Google Pay app in partnership with Citi [C] and Stanford Federal Credit Union. The updated Google Pay will also let users manage budgets and send payments directly to friends — a move that puts them in direct competition with PayPal [PYPL].

Alphabet’s share price stands to benefit, as it will help them grow their user base at a time when the coronavirus is putting strain on advertising revenue. The venture should also boost Citi’s deposits and appeal to a younger demographic, even if Alphabet is the primary point of contact for the customer.

This latest iteration of Google Pay will also let users search photos for receipts and search Gmail for bills, which they can then manage in the app. It will also show spending trends to help users understand where their money is going.

Alphabet isn’t alone in looking to branch into financial products. Apple [AAPL], Amazon [AMZN] and Facebook [FB] have all entered the field in different guises. Some have been more successful than others, but they all need to persuade consumers they can be trusted.

58% of people polled in a McKinsey & Co survey run last year said they would trust Google's financial products. While that is a better rating than Apple and Facebook received, it is lower than Amazon’s. Yet, if the initiative takes off, it could be a lucrative revenue stream pushing Alphabet’s share price higher in the long term.

Fears that the coronavirus would continue to negatively affect Alphabet’s earnings going into October’s Q3 results were rife. After all, the search giant posted its first ever revenue decline in Q2 as customers cut advertising spend due to the pandemic.

However, those fears have proven unfounded. Earnings came in at $16.40 for the quarter, well ahead of the $11.29 expected by Wall Street. Revenue was similarly strong at $46.17bn, easily topping the forecast of $42.9bn.

Advertising revenue, which makes up the bulk of Google's income, came in at $37.10bn, up from $33.80bn in the same period last year. Google's 'Search and Other' category saw $26.3bn in sales, up from $24.7bn the previous year, while YouTube ad revenue also gained year-on-year to come in at $5bn.

The results seem to have boosted investor confidence, with Alphabet's share price up over 14% since their release at the back end of October.

Shareholders will be looking for a continued turnaround in advertising revenue in the fourth quarter. Together with complementary services like the revamped Google Pay, Alphabet looks to be in a strong position heading into the last three months of the year. The fourth quarter will also see Alphabet break out operating income for Google Cloud, its cloud-computing offering. In the third quarter, this area of the business delivered $3.44bn in revenue, up from $2.4bn in the same period last year.

For now, analysts tracking the stock on Yahoo Finance have pinned a $1,839.17 target on Alphabet's share price. Hitting this would see a 4.3% upside on the current share price (as of 24 November’s close).