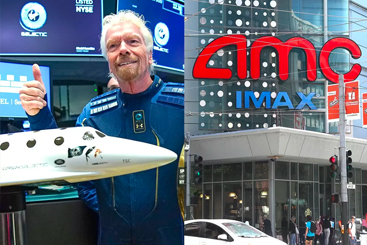 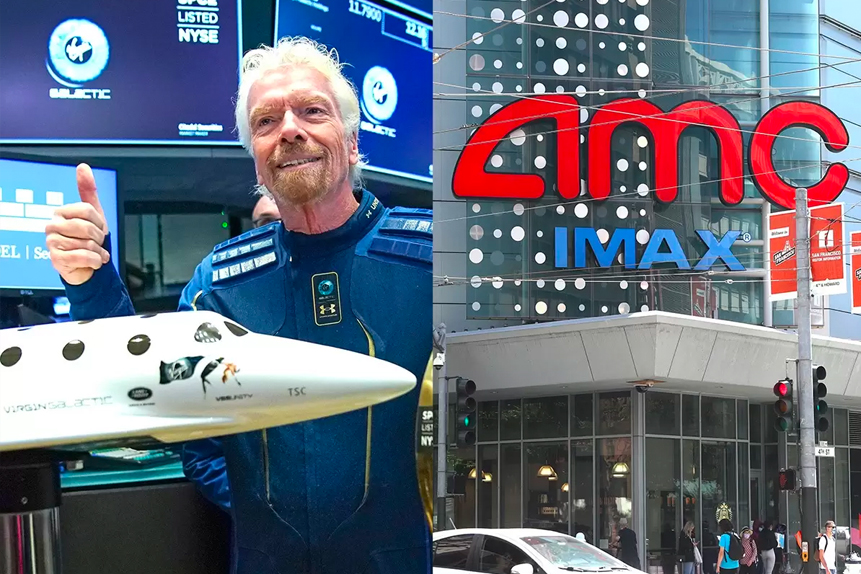 The AMC Entertainment [AMC] and Virgin Galactic [SPCE] shares prices have enjoyed soaring valuations so far in 2021, but are these two high-profile stocks still in a bubble, and if so, when will they burst?

A stock market bubble – a rapid escalation of market value as a stock continues climbing in price, followed by a quick decrease in value when the bubble eventually bursts as panic selling sets in – should be relatively rare, according to Mark Hulbert, a senior columnist at MarketWatch. He says this is because “short sellers will be quick to bet against exuberant investors as they try to bid up their favourite stock to unreasonable prices”.

“Bubble stocks will be more likely to form when short sellers face more than the usual obstacles to selling stocks short,” Hulbert adds.

While the US cinema chain’s second-quarter results earlier this month were better than expected as its losses narrowed, “it continues to be hard to make a case for a valuation that is higher now than it was back in 2017 when its finances were in much better shape”, says CMC Markets’ analyst Michael Hewson, highlighting that AMC still carries a lot of debt.

Virgin Galactic’s share price journey has been less spectacular but has taken in two noticeable peaks followed by troughs this year, indicating that some investors are already taking the opportunity to take some profit.

Is the US stock market in a bubble, and when will it burst?

According to a recent study co-authored by former Goldman Sachs CIO Kent Daniel, a large number of what he terms “constrained-winner stocks” (high-flying stocks with relatively few shares available) is a warning sign for the market. According to Hulbert, there are more stocks exhibiting signs of a bubble today than at any other time over the past century, apart from at the height of the dot-com bubble in March 2000.

Prominent US investor and commentator, Jim Rogers, agrees that many stocks have started to form a bubble, saying to the Economic Times that “markets everywhere have been going through the roof ... because we have had so much money printing by central banks all over the world”. Rogers is “sure it is going to come to an end in the next few months”.

Jeremy Grantham, market historian and co-founder of investment firm GMO, uses the examples of AMC, GameStop and cryptocurrency Dogecoin, telling Bloomberg they’re “worth billions in the market and not even pretending to be serious investments ... AMC is up nearly 10 times since before the pandemic even though [the] box office is down nearly 80%”. Grantham says that the US stimulus programme, plus the success of the vaccination rollout, has helped the bubble last longer but adds that “the justifiable market value will be reached one day”.

In contrast, Cathie Wood, founder of Ark Invest, vehemently disagrees we’re in a bubble. “You remember the leap-frogging of analysts making estimates one higher than the other [in the late 1990s], price targets one higher than the other. We have nothing like that right now. In fact, you see a lot of IPOs or SPACs coming out and falling to earth. We couldn’t be further away from a bubble,” she told CNBC.

What’s next for the AMC and Virgin Galactic share price?

Whether you believe there’s a bubble or not, Wall Street takes a contrasting view on the share price prospects of these two stocks. The average 12-month price target on AMC’s share price is $5.58, according to MarketBeat, predicting that the stock has a possible downside of 87.4% on its 24 August close of $44.26. With three hold and four sell ratings, Wall Street analysts have a consensus sell rating on AMC.

Bank of America cut its Virgin Galactic share price target from $41 to $25 on 20 August over delay concerns for its commercial space flight timeline and lack of near-term catalysts for the stock, which it said will result in lower short-term earnings estimates. Overall, Wall Street analysts’ 12-month price target is $38.69, predicting that the stock has a possible upside of 46.1%, based on its 24 August close of $26.48. Analysts gave the stock four buy, eight hold and two sell ratings, for a consensus hold.