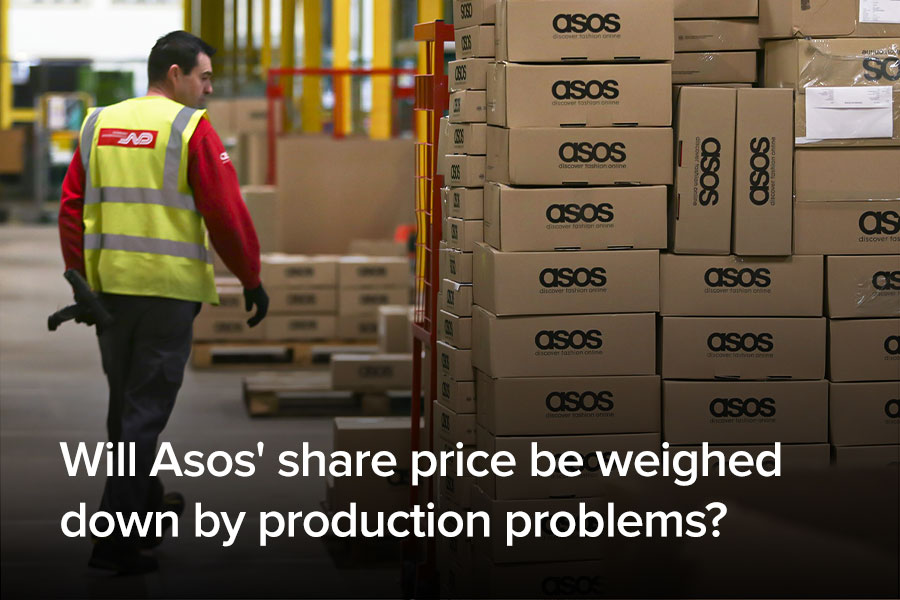 Will Asos' share price be weighed down by production problems?

Asos [ASC] has ridden the wave along with other e-commerce company’s recently, skyrocketing off the back of positive earnings last month. Will supply chain issues and questions over demand affect the firm’s share price?

Stocks in the e-commerce have undoubtedly been some of the winners in the time of the coronavirus, as bricks and mortar retail has suffered with rent and lack of footfall, and UK clothing retailer Asos has seen its share price has rebounded in recent weeks after a rout.

Part of the reason for AIM-listed company’s rebound came in the way of a statement released in early April in which the Asos laid out how it would tackle the ongoing crisis. It announced an emergency call for cash that totted up to close to £250m, placing 15.8 million new shares representing 18.8% of existing equity. 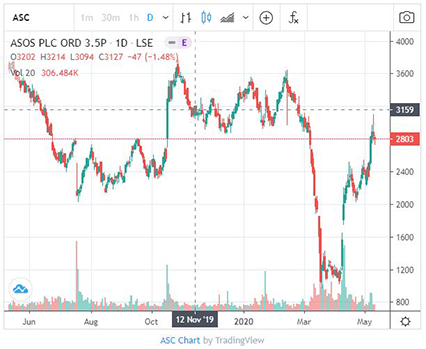 This prompted a surge of nearly 50% in its share price over the following six trading days from its previous crash alongside the wider market.

However, as the pandemic related drop in demand has still dragged on the fashion retailer’s share price performance so far this year, there remains question marks over its supply chain and demand as the crisis continues.

Investors’ confidence was also buoyed by interim results, which revealed strong sales momentum pre-coronavirus. Asos has been recovering from a string of profit warnings triggered by warehouse and IT disruptions, however, pre-tax profits of £30.1m were significantly higher than the £4m of a year earlier. This pushed Asos’ share price up even further. 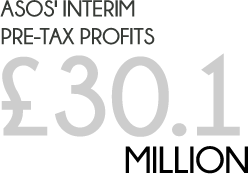 As an online-only player, Asos has not been affected by the enforced closures on the high street. But demand for fashion has fallen nonetheless. However, investors fuelling the recent rally were seemingly not put off by the 20–25% reduction in sales that Asos said it had experienced since lockdown measures were implemented.

Still, since the beginning of the year, the share price is down around 16.4% (through May 11). Meanwhile, and as a result of the coronavirus, Asos has had to delay some orders and cancel others. The company said that the amount of stock delayed or cancelled was approximately £5 to £6m at cost value — less than 1% of its total Spring/Summer 2020 intake.

Asos released a statement late-April about how it is planning to handle relationships with suppliers, suggesting that among other things it would work with suppliers to shift to more in-demand products like loungewear and activewear.

Shopping at a distance

Supply isn’t the only problem though. As part of its mitigation strategy for social distancing, Asos has begun testing an augmented reality tool called See My Fit. This uses AR to simulate pieces of clothing in different sizes fitted on different body types, in theory reducing the need for in-person interaction.

Indeed, brands such as Asos that get ahead of the game with innovation are better placed to weather the economic downturn than some other clothing retailers.

The fact that the company has also moved proactively to shore up its finances ahead of a potentially crippling recession should inspire some confidence in investors.

Among 17 analysts polled by MarketBeat, 10 are a buy, six a hold and one is a sell. This is compared with three sell ratings, five hold ratings and nine buy ratings a month ago. On 5 May, MarketScreener reported that Bernstein also upgraded its rating of Asos from sell to neutral.

However, while the figures and forecasts are impressive, analysts at Hargreaves Lansdown say that the company’s sales growth would probably be crimped for the next half of the year, and it would need to bring in significant discounts to clear excess stock. This is a short-term solution, though, and a long-term look is needed if it is to keep the confidence of investors.

“Overall it's too soon to say what the damage from coronavirus is going to look like. Asos is in a better position than many retailers, but longer-term there are challenges, and margins continue to trouble us,” they said in a research release in April.