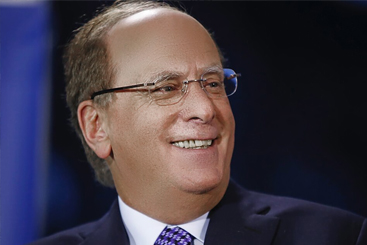 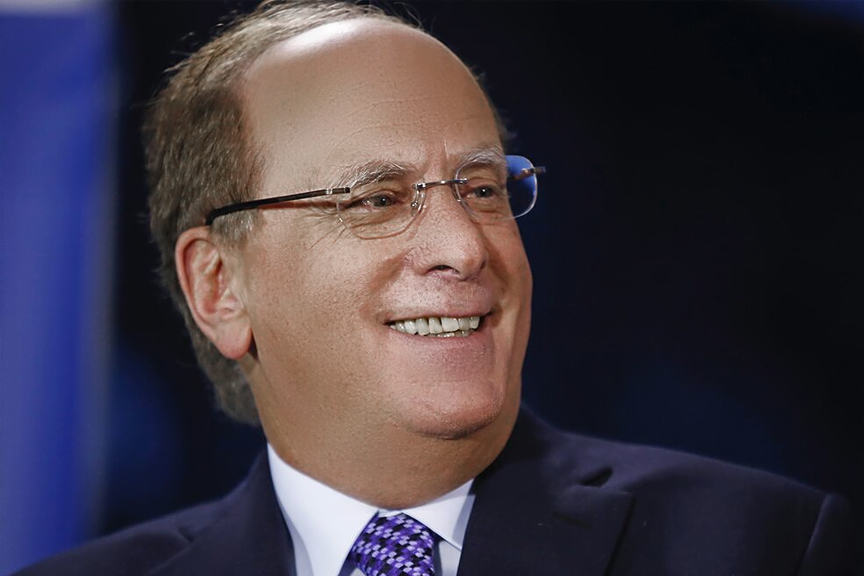 Blackrock’s share price continued to climb throughout August before hitting an all-time high of $609.69 on 2 September, marking a year-to-date rise of 23.7%. Will the world’s biggest asset manager be able to repeat the feat?

Investors looked on as BlackRock’s share price began to tumble throughout September. It got as low as $531.39 during intraday trading on 24 September.

However, since then, BlackRock’s share price has staged a recovery. It has climbed 8.5% throughout October to close at $611.57 on 9 October. Investors will look to see if this can continue when the firm releases its third quarter earnings report on 13 October. 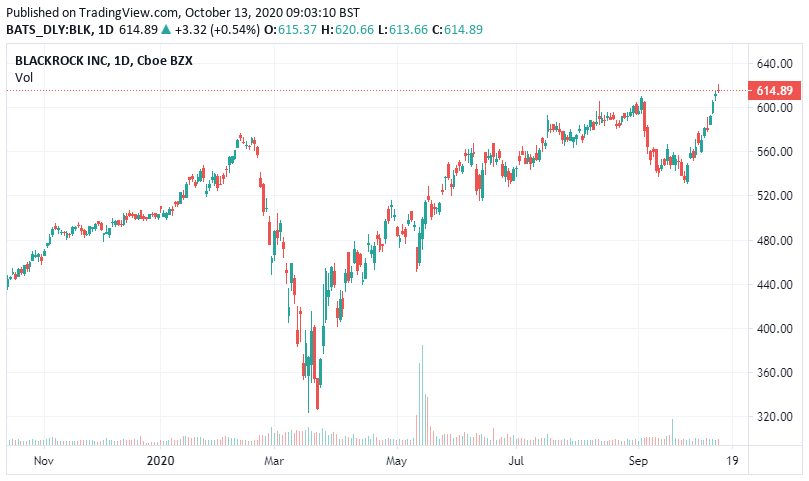 September was a tricky month for the US economy as a whole, with the recovery from the coronavirus pandemic progressing only fitfully. The Dow Jones Industrial Average, S&P 500 and particularly the Nasdaq all suffered as a consequence.

Before the correction took hold, Russ Koesterich, managing director and portfolio manager at BlackRock, said that the asset manager managed to take profits in some outperforming tech stocks in August. The firm then turned its investment focus towards cyclical stocks.

“What we’ve been trying to do in recent weeks is take the cyclical exposure up a little bit ... it’s not that we think tech is going to roll over. We still like the themes. But on a shorter-term tactical basis, we’re comfortable with the economy, we think we’re going to continue to see improvement, and we’re looking for names that are levered to that improvement,” Koesterich told CNBC.

The move paid off, with the industrials and energy sectors climbing 2.9% and 3.6%, respectively in September, according to the markets publication. Given these recoveries and the firm’s timely decision to take profits, expectations are high for BlackRock’s share price ahead of the firm’s third quarter earnings report.

Zacks Equity Research forecasts $3.92bn in revenue for the quarter, a 6.3% increase on the same period in 2019. The figure would represent an 8.3% rise on the previous quarter’s already impressive revenue of $3.6bn, which drove mid-year growth in BlackRock’s share price.

Zacks also forecasts third quarter earnings of $7.46 per share, which would also represent a 4.9% fall from the previous quarter’s $7.85. Though the forecast is based on only two analysts’ estimates, CNN Money also expects revenues to increase to $3.9bn.

If these predictions prove accurate, it will be welcome news for investors in BlackRock, who currently receive a dividend of $3.63 per share. The regular dividend, one of the stock’s most appealing aspects, has increased over the previous five years at an average annual rate of 12.5%, according to Zacks. It has a dividend yield of 2.7%, which is higher than the financial services industry’s 1.9%.

Michael Cyprys, an analyst at Morgan Stanley, also maintained a Buy rating on the stock ahead of its third quarter earnings release. He set a target of $604.44 for BlackRock’s share price, and an earnings estimate of $7.90, according to Investing.com.

BlackRock’s share price could be a good prospect according to other analysts, too. Zacks gave the stock a Buy rating, as did 14 out of 17 analysts polled by CNN Money. The other three analysts surveyed by CNN rate the stock a Hold.

Among the 15 analysts polled by CNN Money offering 12-month price forecasts for BlackRock’s share price, the consensus price target is $661, which would represent an 8.1% increase from its 9 October closing price. The low forecast of $614 would still represent a small 0.4% increase, while the most optimistic estimate of $730 represents a massive 21% gain.