Will Disney’s share price put on a show after earnings? 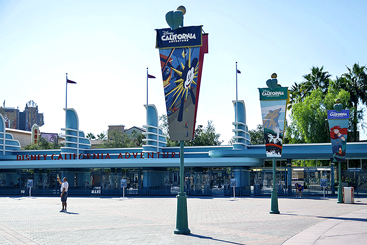 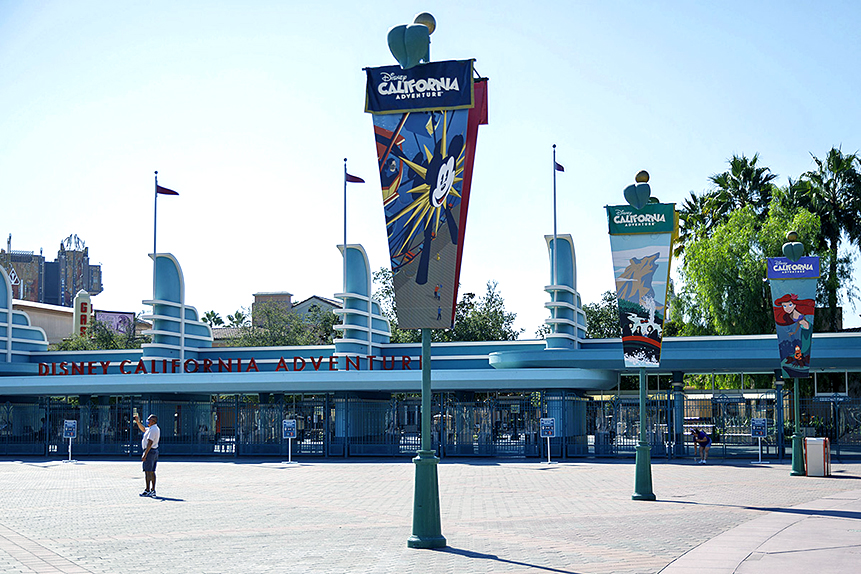 This time last year, The Walt Disney Company’s [DIS] revenue was being driven by its theme parks and attractions, but with lockdowns and social distancing measures in place, some parks remain closed indefinitely. The ones that have reopened have seen limited attendance, meaning Disney’s share price has failed to impress since the pandemic began. As the company prepares to announce its fourth-quarter 2020 earnings on 12 November, the trends that have emerged since the pandemic began are continuing to have an impact on the bottom line, and could hit Disney’s share price further.

It would be fair to say that Disney’s share price has struggled in an economy suited to the rise of companies that rely on digital subscriptions and clicks to drive growth. Even the success of its streaming service has been unable to prevent revenue from falling in recent quarters. 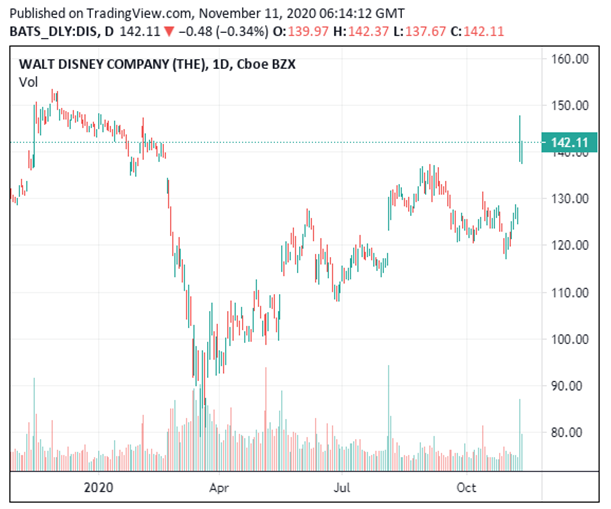 More than half of the quarter’s revenue came from its Media Networks segment, which brought in $6.56bn, a year-over-year drop of 2%. This figure was bolstered by revenue from selling and licensing popular programmes, including The Simpsons and Modern Family, and lower costs as productions were forced to close down.

Circa a third of total revenue ($3.96bn) came from its direct-to-consumer and international segment, a year-over-year increase of 2%. This was thanks in part to the growing Disney+ subscriber base. As of the end of June, the streaming service had 57.5 million subscribers, with each one bringing in an average of $4.62 in revenue per month.

No guidance was issued on the Q3 earnings call, but Disney did warn that its Products segment would see a fall in merchandise sales from Q4 2019 due to the pandemic-related lack of cinematic releases.

The resurgence of coronavirus cases, particularly in Florida where Disney’s main parks are located, was flagged as having an ongoing negative impact on its parks’ net contribution level.

In light of shifting streaming and media trends, Disney is expected to double down on its growing Disney+ venture, with more than 155 million projected subscribers worldwide by the end of 2024.

“Scaling [direct-to-consumer] in this land grab phase of the industry is key to success for Disney because it will drive significant opportunities to monetise a large subscriber base,” wrote Deutsche Bank’s Bryan Kraft in a note, upgrading the stock from Hold to Buy. He raised his price target from $128 to $163.

Credit Suisse analyst Douglas Mitchelson cautioned in a note seen by Barron’s that Disney could add a large number of subscribers over the next five years or so, but it is not expected to capture market share from streaming rivals like Netflix [NFLX]. Mitchelson upgraded the stock from Neutral to Outperform, raising his price target from $116 to $146.

Given the headwinds, Disney’s share price could be overvalued, though.

Speaking to the BBC, Hargreaves Lansdown equity analyst Nicholas Hyett believes that while it may be “tempting to look to the new Disney+ business for good news,” the streaming service is not profitable yet and the company’s revenue is not likely to be raised off the floor in the near term.