Will earnings give Nike’s share price a good run? 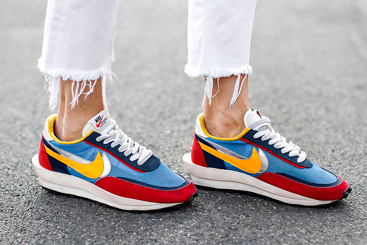 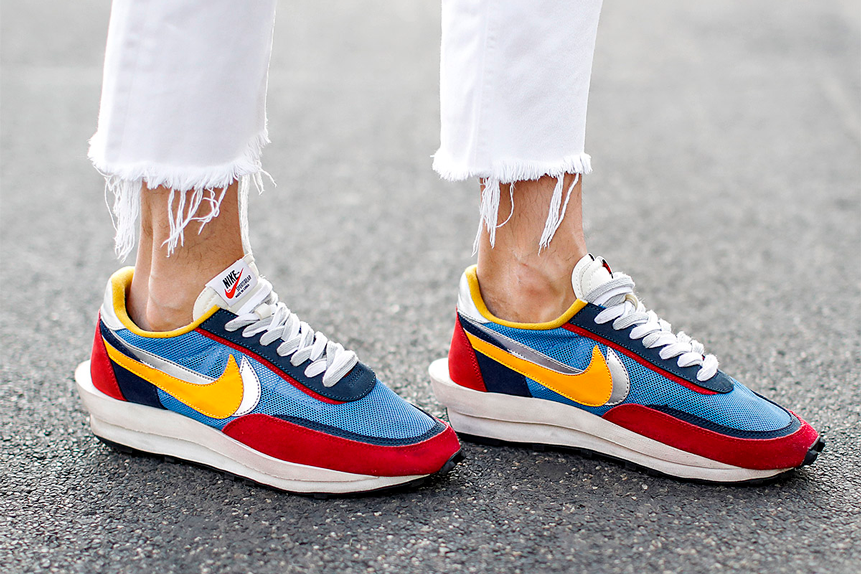 Although Nike’s share price was fairly quick to recover most of its lost value, closing at $84.81 on 30 March, it wasn’t until 3 June — when Nike’s share price closed at $103.67 — that the stock managed to close up year-to-date for the first time since the slump. Even then it was unable to top its pre-slump peak of $103.59, which it reached on 21 January. The value didn’t stick, either, and it wasn’t until early August that Nike’s share price started trading consistently above its 2020 opening value.

Since then, however, Nike’s share price has climbed steadily and, as of its last close on 15 December, the stock was up 36.39% year-to-date and 121.96% above its worst close of the year. 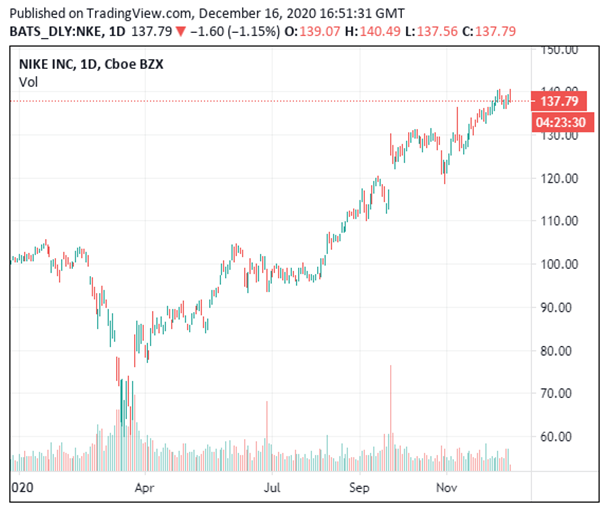 Can investors expect Nike’s share price to keep on pushing after the sports brand announces second-quarter results, due 18 December?

When Nike released its first-quarter results for the fiscal year 2021 on 22 September, it posted earnings of $0.95 per share, beating the Zacks Equity Research consensus estimate of $0.48 per share by 97.9%. Moreover, this marked a growth of 10.5% from the prior year’s first-quarter earnings per share of $0.86, and was the third quarter (of the last four) to see Nike beat analysts’ expectations.

Meanwhile, revenues came in at $10.59bn for the quarter ended August, surpassing the consensus estimate by 15.7% but marking a slight loss of 0.7% from the year-ago period, when Nike posted revenues of $10.66bn.

Looking ahead to the next earnings report, Wall Street expects Nike to deliver earnings of $0.61 per share, which would mark a year-over-year decline of 12.9%. Meanwhile, revenues are expected to reach $10.59bn up 2.8% from last fiscal year’s second quarter.

For the full year, analysts are projecting earnings of $2.82 per share and revenue of $42.16bn. These figures would represent 76.3% and 12.7% year-over-year increases, respectively.

In a note to clients seen by Barron’s, John Kerman, analyst at Cowen, said that the consensus estimates for both EPS and revenues are too conservative for the fiscal year 2022 (Nike’s year ends in May), and that the sportswear brand’s ability to surprise on the upside will bring more gains.

Kerman raised his target on Nike from $150 to $165 while maintaining an Outperform rating on the stock.

He also noted that data from Google Trends shows more consumers have been searching for Nike in recent months, and that the company didn’t run many promotional offers over the Black Friday sales event. He saw this as an indication that Nike is resonating with consumers that are willing to pay a premium for its products.

Kernan believed Nike could reach earnings of $6 per share — almost double “the just over $3” he expects this year — aided by “Nike’s global position in sport and fashion and growing scale digitally.” Although Nike’s shares, like its products, trade at a premium, Kernan said this is justified considering the transformation that the company is going through.

He isn’t the only bull out there. The consensus among 35 analysts polled by CNN Money is to Buy Nike stock at its current price. This comes from a strong majority of 27 analysts, with four suggesting to Hold, three rating it as Outperform and the remaining one analyst rating it Underperform.

Meanwhile, the median 12-month price target among 33 analysts polled by CNN Money is $151, with a high estimate of $185 and a low of $117. The median price represents an 8.3% increase from Nike’s share price as of close on 15 December.