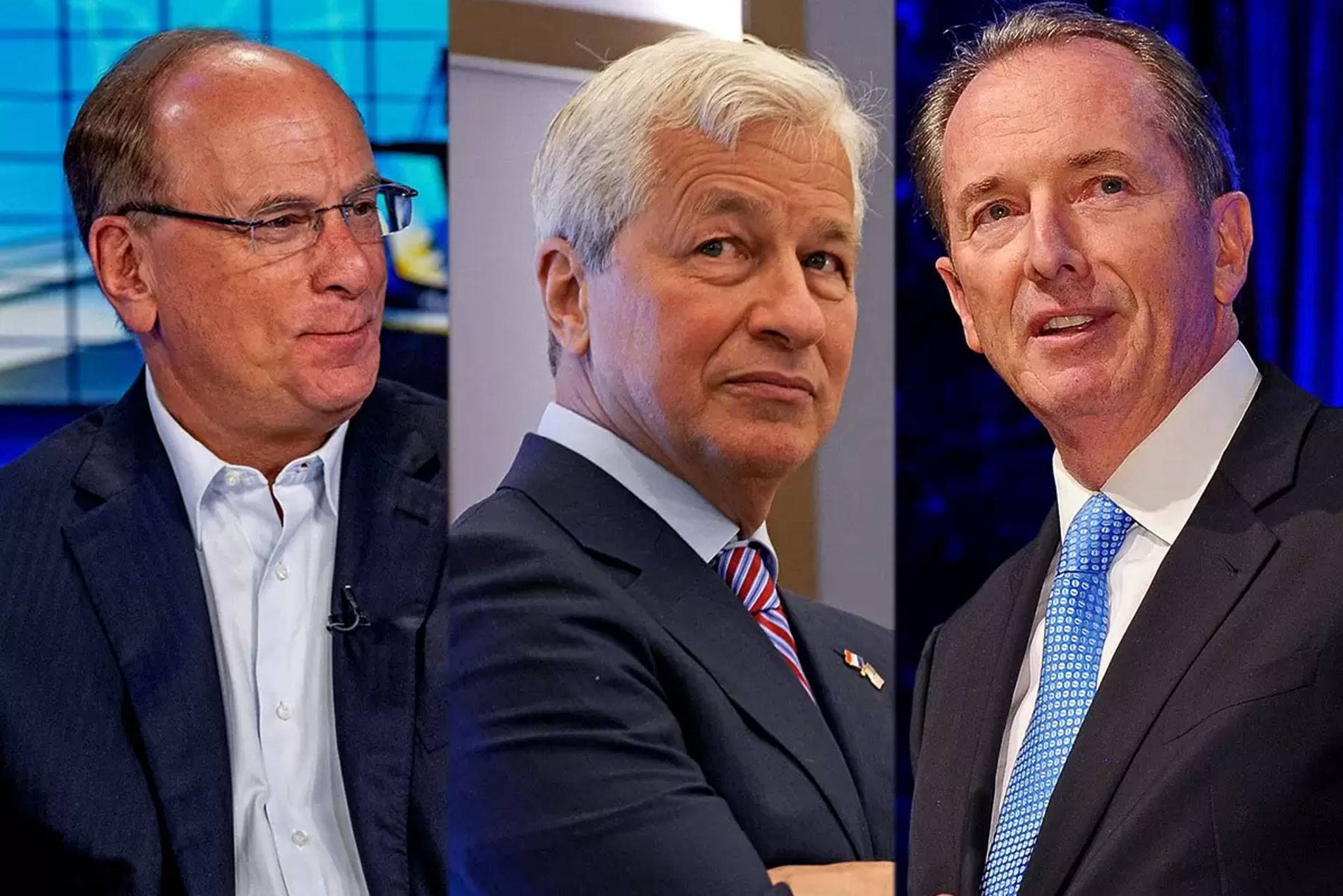 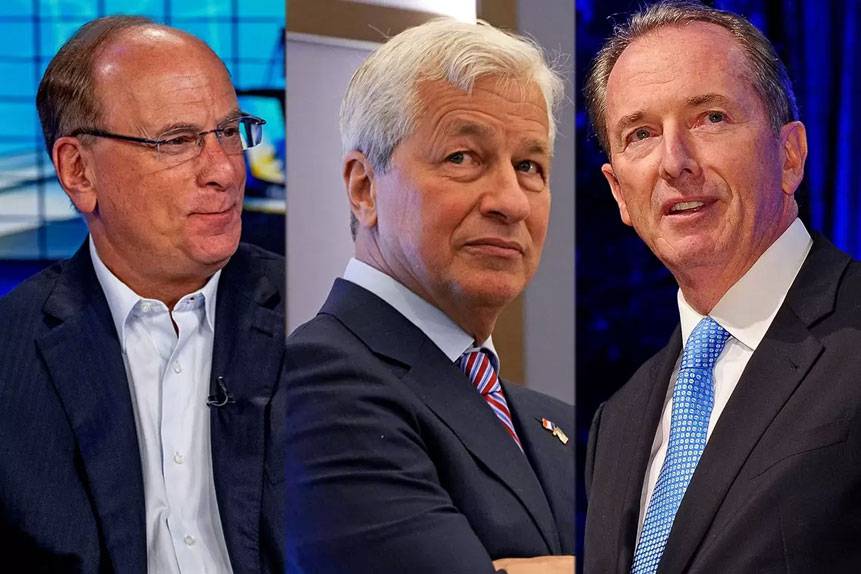 Markets have floundered in 2022, but the investment banking sector may benefit from rising interest rates as the US Federal Reserve attempts to slow inflation. Forecasts look relatively positive for JP Morgan, Morgan Stanley and BlackRock’s Q2 earnings releases this week. However, giant wealth manager BlackRock has seen the greatest recent share price falls of the three companies.

It’s been a volatile year for stock markets, with ongoing uncertainty and the US Federal Reserve hiking interest rates to control inflation. However, the investment banking sector is one that can often benefit from such conditions. This week, two major investment banks are slated to report their second-quarter earnings: Morgan Stanley [MS] and JPMorgan Chase [JPM] on 14 July, along with BlackRock [BLK], the world’s largest asset manager, before the markets open on 15 July.

So, how are these leading financial providers expected to fare?

JPMorgan is expected to report revenues of $31.2bn at its second quarter 2022 earnings call, according to Zacks Equity Research. This would mean a modest 2.5% year-over-year increase. It’s also forecast to deliver earnings per share of $2.80, a fall of 25.9% year-over-year.

However, going on recent performance, JPMorgan may beat these estimates. At its last earnings release in April, it topped analysts’ forecasts when it reported adjusted earnings of $2.76 per share, versus Refinitiv estimates of $2.69. Its revenues also exceeded expectations: $31.6bn compared with a predicted $30.9bn.

The bank’s profits fell a hefty 42% to $8.3bn year-over-year, though it said this was because it wrote off nearly $1.5bn in assets due to higher inflation and the Russian war against Ukraine. The bank’s share price has tumbled 27.1% year-to-date to the close on 11 July.

Despite this, overall, JPMorgan appears in a positive place. At a company investor day event in May, the company boosted its 2022 profit guidance. CEO Jamie Dimon (pictured, centre) said there was a “very good chance” the company would meet financial targets earlier than previously expected as a result of rising interest rates, among other factors.

Right now, forecasts for Morgan Stanley’s Q2 earnings are looking less than optimistic. Analysts at Zacks forecast a tumble in earnings for the quarter ended June 2022. The US bank and wealth management firm is expected to post earnings of $1.62 per share, which would be a year-over-year slide of 14.3%. Its revenues are forecast to come in at $13.9bn, a potential drop of 6% from the equivalent quarter in 2021.

In its last earnings report in April, Morgan Stanley delivered net revenues of $14.8bn, compared with £15.7bn for the previous year’s equivalent quarter. It also reported earnings of $2.02 per diluted share, down 7.8% compared with $2.19 a year earlier.

However, there was also good news: Morgan Stanley announced a return on tangible common equity (ROTCE) of around 20%, in what it termed a ‘volatile market’: ROTCE is regarded as a key metric for bank profitability. The company’s CEO James P Morgan (pictured, right) said this “demonstrated the resilience” of the company.

Of the three investment managers reporting this week, Morgan Stanley’s share price appears to have suffered the least in 2022. Year-to-date, the stock has fallen 21.6%. However, the 11 July closing price of $75.82 is still well below its 52-week high of $109.73 on 10 February.

Morgan Stanley announced it hopes to bump up its quarterly dividend in Q3 to $0.775 per share, an 11% rise from the previous quarter, and representing a healthy yield of 4.1%. Morgan Stanley has also authorised a $20bn share repurchase programme, which should benefit existing investors.

The bank has seen a mixed response from analysts. In May, Oppenheimer upgraded its stock to an ‘outperform’ and set an $111 target, which would beat its February high. But at the end of June, Royal Bank of Canada’s analysts downgraded the stock to ‘neutral’. 23 analysts polled by CNN offer a consensus ‘buy’ rating and a median target of $97 on MS. This represents a 27.9% upside from its 11 July closing price.

According to MarketBeat, analysts are forecasting BlackRock will post earnings of $9.12 per share for the second quarter. This would reflect a fall of 4.2% from its last earnings on 13 April, when it announced an EPS of $9.52 per share, beating the consensus estimate of $8.92 by 6.7%. In its Q1 earnings in April, it reported revenue growth of 7% year-over-year to $4.7bn, though it failed to meet the expected $4.76bn.

“I strongly believe our first quar­ter performance is a direct result of our commitment and our deep commitment to our clients… and our desire investing for them over the long-term ahead of their needs,” CEO Larry Fink (pictured, left), said at the Q1 earnings call.

Analysts are calling for revenues of $4.8bn, up a slimline 0.64% from the year-ago equivalent period. Overall, according to Trefis, revenues for full-year 2022 are expected to remain at about $20.1bn.

However, like JP Morgan and Morgan Stanley, this financial behemoth has experienced some struggles of late. The BLK share price has nosedived in 2022, and is down 33% year to date, closing at $605 on 11 July.

At the end of June, Keefe, Bruyette & Woods reduced its target price on shares of BlackRock from $719 to $675 and set a neutral ‘market perform’ rating.

Despite this, analysts remain fairly bullish for the BlackRock share price. 14 analysts polled by CNN gave the stock a consensus ‘buy’ rating and a median target of $718, representing a 18.7% upside from the 11 July closing price.

Source: This content has been produced by Opto trading intelligence for Century Financial and was originally published on www.cmcmarkets.com/en-gb/opto/will-earnings-lift-jpmorgan-blackrock-and-morgan-stanley-shares.