Will GameStop’s share price be a top play ahead of Christmas? 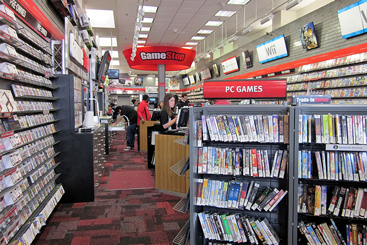 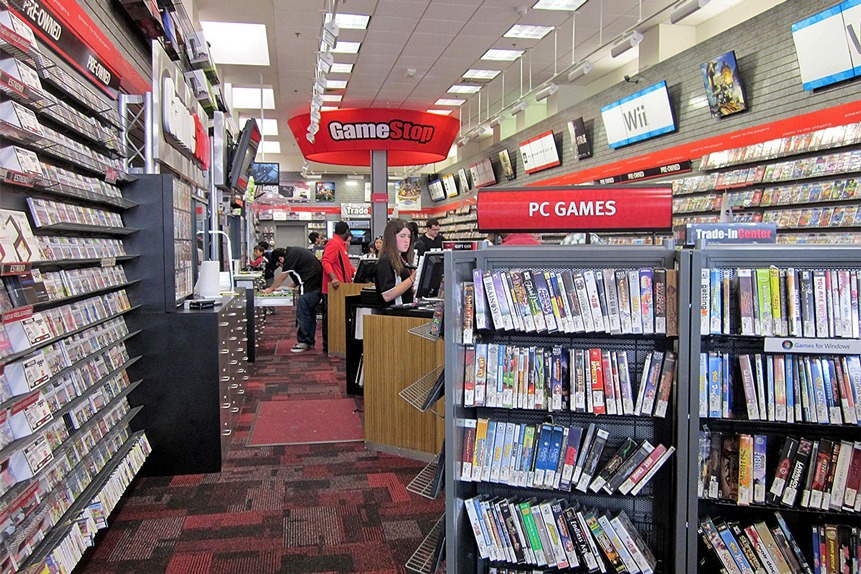 GameStop’s [GME] share price has been on a downward trajectory since 2015 but, despite the havoc of 2020, GameStop’s share price was up 167.83% in the year-to-date to 4 December’s close. The release of next-gen consoles followed by Black Friday were big back-to-back tailwinds for the company. That said, these factors could be overshadowing a deficient business plan. So, can the stock continue to grow following the release of its third-quarter results on 8 December?

GameStop’s share price got off to a bad start in January and gradually dropped 55.6% to close at $2.80 on 3 April, its lowest-ever close since it debuted in 2002. Over the two weeks to the end of April, GameStop’s share price looked like it might recover its lost value when it reached $6.04, although this was still down 0.6% year-to-date. 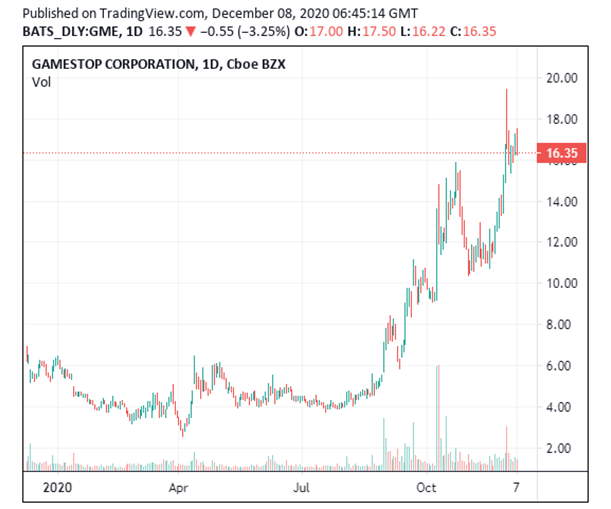 Do investors have a game plan?

When GameStop released its second-quarter earnings on 9 September, it announced an adjusted loss of $1.40 per share, which missed analysts’ estimates of a $1.13 loss per share by $0.27.

Revenues for the quarter ended 1 August totalled $942m. Not only did this also miss consensus estimates of $1.02bn but it was also down 26.7% year-over-year.

The lacklustre results caused GameStop’s share price to slide 15.2%, closing at $6.23 the day after the earnings report was released.

Looking ahead to the next results, analysts covering the company expect GameStop to post a loss of $0.81, marking a 65.3% decline year-over-year while revenues are predicted to reach $1.11bn, a loss of 22.6% year-over-year.

In a public letter to GameStop’s management, Ryan Cohen, MD of RC Ventures and co-founder of Chewy, said: “GameStop needs to evolve into a technology company that delights gamers and delivers exceptional digital experiences — not remain a video game retailer that overprioritizes its brick-and-mortar footprint and stumbles around the online ecosystem.”

RC Ventures bought a 9.98% stake in GameStop in September. The letter was sent publicly after the hedge fund’s “attempts to privately engage with [GameStop] since the summer yielded little progress”.

The letter went on to say: “If GameStop takes practical steps to cut its excessive real estate costs and hire the right talent, it will have the resources to begin building a powerful e-commerce platform that provides competitive pricing, broad gaming selection, fast shipping and a truly high-touch experience that excites and delights customers.

“This is the type of world-class infrastructure that was constructed at Chewy, which is worth multiples of GameStop’s current market capitalisation.”

Is GameStop a sound investment?

“RC Ventures is correct that the video game company's legacy retail model is broken and cannot be a viable foundation to build on,” Rich Duprey wrote in The Motley Fool. “Gaming is moving online at faster speeds and, though there will always be a segment of the community that might want physical media to play, and might need it where broadband access is limited or spotty, the future of gaming is digital.”

As of early December, GameStop has a Sell rating from Zacks, which was downgraded from Hold at the end of November. Meanwhile, the consensus rating held by nine analysts polled by CNN Money is Hold.

Price targets, however, are much more bearish as the same nine analysts share a median price target of just $6, with a high estimate of $13 and a low of $1.60. The median target suggests that GameStop’s share price could fall as much as 62.8% from its 4 December close.

“The profits GameStop generates from the upgrade cycle need to be invested in transforming the business, and there seems to be at least a spark of recognition on management's part that technology has to be a part of it,” Duprey concludes.