Will IAG’s share price be ready for takeoff soon? 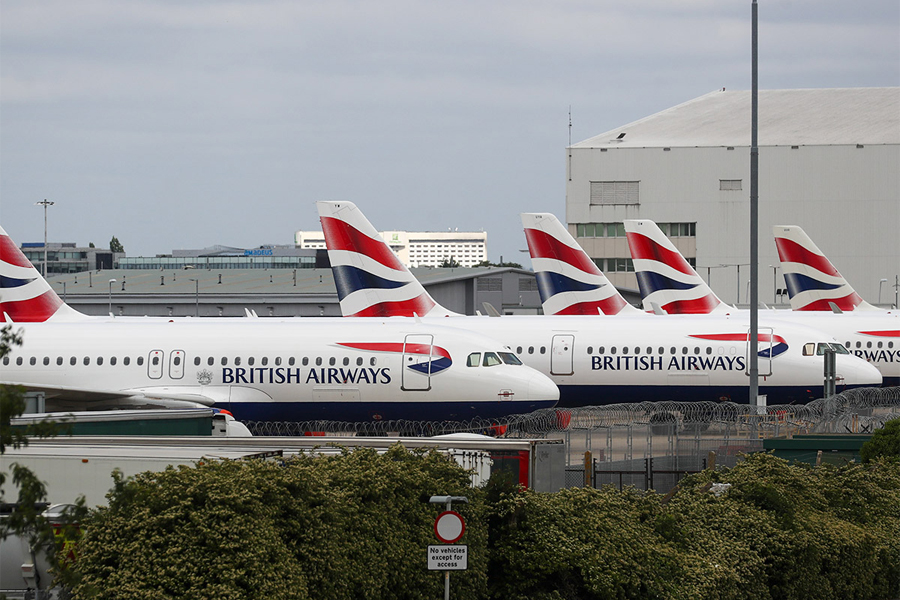 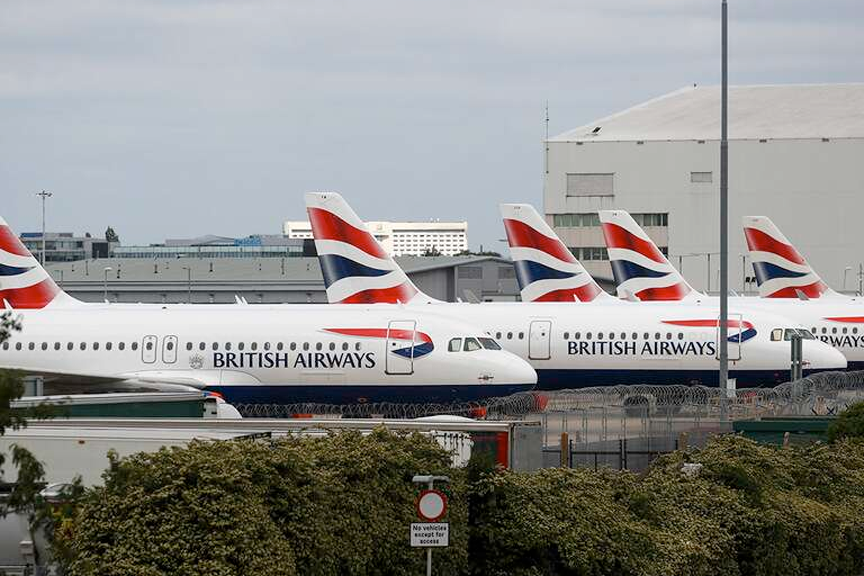 Travel restrictions may have started to ease as quarantine rules are relaxed, but the aviation industry will not return to pre-pandemic levels for some time. As a result, International Consolidated Airlines Group’s [IAG] share price isn’t soaring just yet.

What’s more, IAG’s share price has fallen 14.4% since the beginning of June. 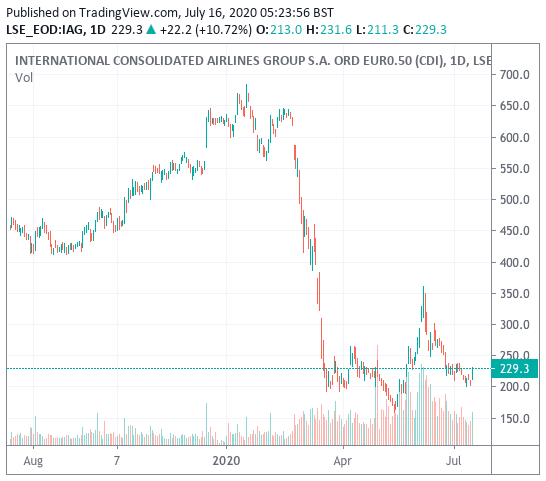 IAG is the holding company for several European airlines, including British Airways, Iberia and Aer Lingus. To put its performance into context compared with other airlines that fly between European destinations, EasyJet’s [EZJ] share price fell by around 5% between 1 June and 13 July. Ryanair [RYA], meanwhile, is down 6.03% in the same period.

The COVID-19 pandemic has led the company to burn through cash at the rate of £178m a week, according to a letter to staff, written by British Airways boss Alex Cruz and seen by Reuters.

“Despite our best efforts, the amount of flying we will be doing this summer will be limited and fiercely competed,” Cruz stated.

Earlier this year, British Airways announced that it would be cutting 12,000 staff from its global workforce as part of a restructuring programme — this drew ire of the UK government.

It’s a similar story with Iberia. The Spanish airline recently announced it would strip back its service and that the size of its fleet will be reduced permanently over the next five years. For both airlines, business is not expected to return to 2019 levels until at least 2023.

Fernando Conte, president of Iberia, has said that the airline will need to reinvent itself in order to survive. This will include adapting the fleet to speed up the retirement of aircraft and not extending lease contracts on other planes.

How are the numbers looking?

According to IAG’s Q1 2020 earnings report in May, the first two months of the year went well, but March “saw a significant deterioration in passengers demand”. IAG went from a €135m profit in Q1 2019 to a €535m loss.

The company had expected a cash burn rate of €440m a week during April and May. However, actions it has taken meant that it has managed to reduce the rate of cash burn to around €200m per week. This has helped it in its efforts to protect liquidity.

As of the end of April, IAG had liquidity of €10bn, made up €6.4bn in cash and cash equivalents and €3.6bn in undrawn facilities.

Preserving an adequate level of liquidity will be crucial as the company expects the downturn caused by COVID-19 to dent its second-quarter results. In anticipation of this, the company has deferred the delivery of 68 aircraft over the next three years.

Once IAG comes out the other side, it could see “a medium-term recovery” for the share price, Tom Rodgers wrote recently in the Motley Fool.

Despite the current turbulence, the consensus among Wall Street analysts is that IAG’s share price will take off again soon, with 17 analysts polled by CNN Money assigning a buy recommendation, and four a hold.