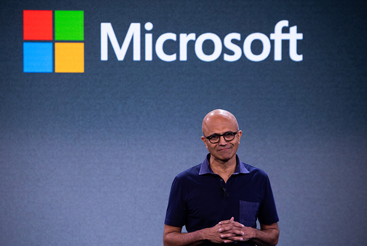 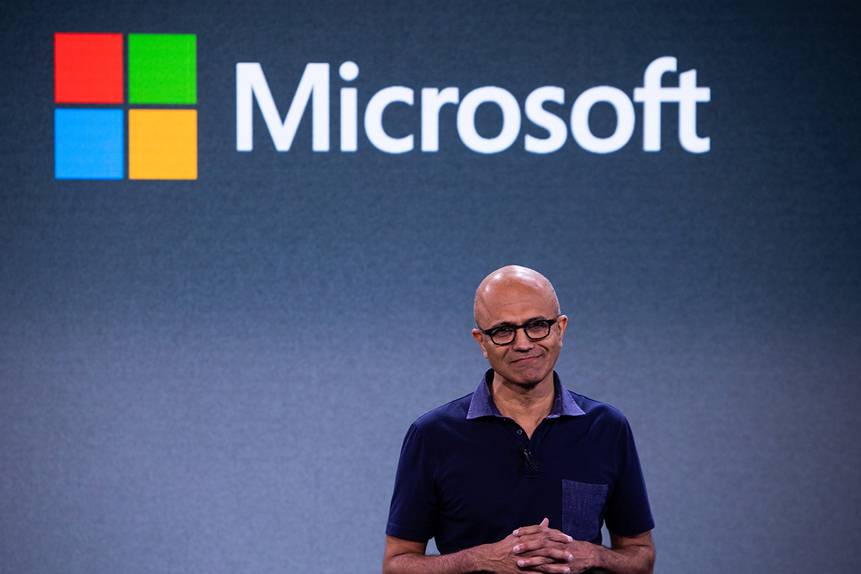 Microsoft's [MSFT] share price has had a remarkable run of form so far this year. Up 32.62% through 21 August’s close, the tech giant's stock has remained resilient throughout the coronavirus.

Microsoft’s share price is one of the handful to have weathered the coronavirus panic and come out stronger, with increased demand in its cloud products being triggered by the shift to working from home.

Last quarter, Microsoft’s share price benefitted from results which blew past analysts’ expectations, with the firm posting $38bn in revenue against an expected $35.5bn. Earnings per share were similarly strong at $1.46 compared to the forecasted $1.36.

The tech giant has found itself in the news recently as a potential buyer for TikTok, the Chinese social media company at the centre of a political storm.

So, what would picking up the social media platform mean for Microsoft’s share price going forwards? 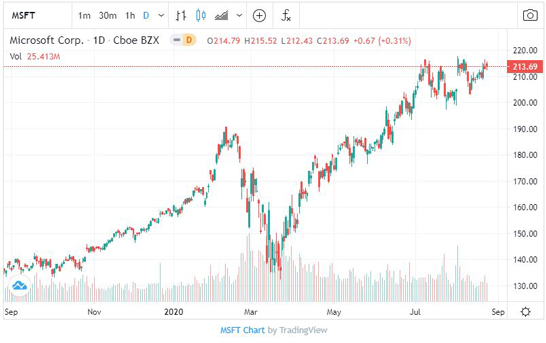 Microsoft is considering purchasing TikTok after US President Donald Trump announced he would ban the platform in the US on national security grounds. In the deal, Microsoft would pick up TikTok's North American, Australian, and New Zealand operations.

The upside for Microsoft would be to pick up the hottest social media platform right now and boost its online advertising business — building on the acquisition of LinkedIn in 2016. That said, Microsoft’s share price has not reacted well to previous ventures into this area.

When it bought LinkedIn back in 2016, Microsoft’s share price fell 3%, and while the jobs platform has brought in billions in revenue, analysts question whether the platform is really profitable. TikTok's audience is also younger than LinkedIn's, with less disposable income, and the platform’s advertising model is less mature. All of these factors have led to questions regarding exactly how it will make money.

However, with TikTok's 49 million daily users in the US, there's a huge market to leverage. Microsoft could cross-sell its own products, such as its Xbox gaming service, to this user base. Besides, after several failed attempts to launch its own social media service, simply buying one could make sense.

Still, with a 15 September deadline looming, negotiations are likely to go down to the wire. For Alan Farley, writing on Investopedia, investors interested in picking up shares in Microsoft might actually want to wait and see if the deal falls through.

"Short-term speculative capital will hit the exits if that happens but Microsoft stock has been a perfect investment vehicle in the past four years and will likely hit new highs as long as the company doesn't put a noose around its neck with a questionable acquisition," Farley writes.

Microsoft’s share price might fare better if the company commits to focusing on its current products. A 31 July 10-K filing with the Securities and Exchange Commission shows that Microsoft's server and cloud products brought in $41.4bn in revenue for the year ending 30 June, a near 27% increase on the previous year. Office was the second-fastest growing business area, seeing an 11% gain to hit $35bn.

Further down the table was gaming, which brought in $11.5bn in revenue, followed by LinkedIn's $8bn. Notably, spending on acquisitions came in at $2.4bn — a far cry from the $26.2bn the firm spent picking up LinkedIn back in 2016.

While LinkedIn’s revenue increased 20% compared to the same period last year, the filing makes it clear that Microsoft makes most of its money in the cloud. This is backed up by Microsoft's Q4 results that saw its Intelligent Cloud division, which includes Azure, bring in $13.4bn, a 17% increase quarter-on-quarter. So, while the TikTok deal might be newsworthy, it's the rest of the business that's likely to drive Microsoft's share price.

So, time to buy Microsoft?

As Alan Farley suggests, it could be worth seeing how the TikTok deal pans out before picking up Microsoft stock. After all, a deal is no sure thing, with Oracle rumoured to be considering a bid and ByteDance — TikTok’s current owner — launching legal action this week against the US government. If it does go through with the deal, Microsoft’s share price could see a short-term dip similar to the one experienced when it scooped up LinkedIn.

Still, Microsoft is a quality stock with strong growth prospects. Next quarter, Wall Street is forecasting earnings of $1.54 a share when Microsoft next updates the markets, up from the $1.38 posted for the same period last year. Revenue is pegged at £35.69bn, which would see an 8% rise on last year.

Analysts tracking the stock on Yahoo Finance have an average $226.93 target on Microsoft’s share price, which would see a 6.53% upside on the current price (as of 21 August’s close).

Of the 34 analysts offering recommendations, 14 rate Microsoft a Strong Buy and 13 a Buy.