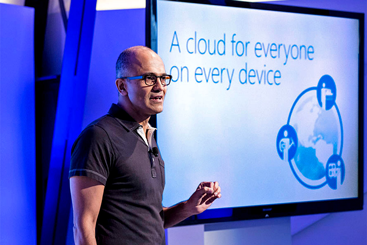 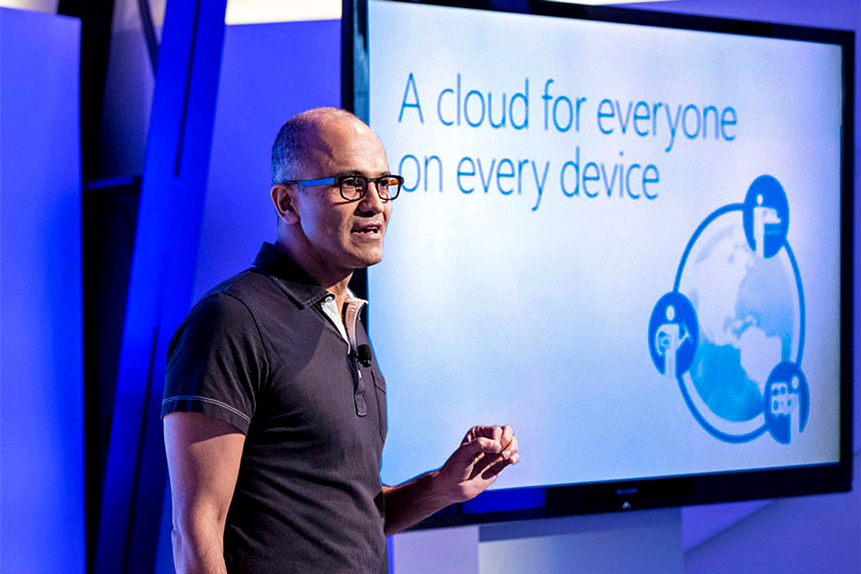 Microsoft’s [MSFT] share price has grown 33.36% so far in 2020, closing at $214.20 on 14 December. A boom in tech shares saw Microsoft’s share price recover quickly from the March lows, as the coronavirus pandemic led employees the world over to work from home. This shift to home working drove a surge in use of cloud computing and video conferencing tools like Microsoft Teams.

However, Microsoft’s share price flatlined in recent months. On 2 September, Microsoft hit an all-time high of $232.86 before tumbling 12.9% to as low as $202.66 on 8 September. It then fell even further in late October, slipping beneath the $200 mark for the first time since July. It then levelled out, and has been sitting near the $213-$215 mark since late November. 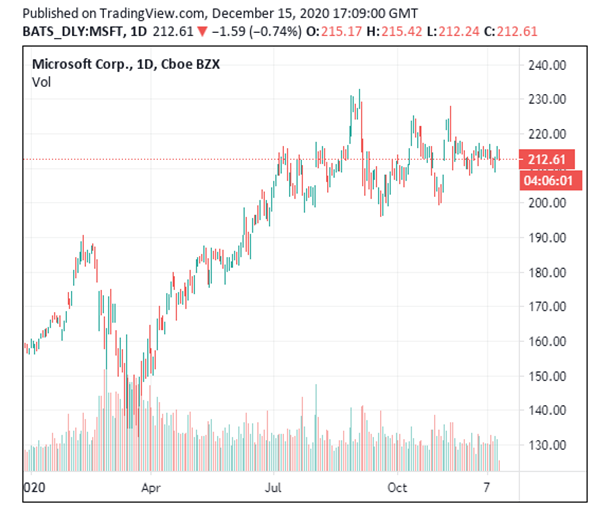 These releases explicitly set out to tackle the so-called paradox of analytics: the more technology that is applied to integrate and analyse data, the more siloed those data sources become. To that end, Azure Synapse Analytics offers “limitless” analytical capability, incorporating “data integration, enterprise data warehousing, and Big Data analytics” in a single service, as noted by Microsoft.

Lest any hi-tech buzzword be omitted, Microsoft also promised “capabilities spanning the needs of data engineering, machine learning, and BI [business intelligence]”. In short, Azure Synapse Analytics is billed as an all-purpose data tool that works across different cloud platforms and data types.

Purview is a separate data governance product operating alongside Synapse Analytics. It uses the same “sensitivity labels” as the Microsoft Information Protection service it is integrated with in order to automatically discover and organise sensitive data, including personally identifiable information and out-of-compliance data. Purview also enables data discovery across storage sites, creating a “business glossary” which draws on multiple data sources.

These products were born of necessity, having solved Microsoft’s own internal challenges and EU data regulation issues before being marketed to the general public, according to Bloomberg. CFO Amy Hood, in a video shown at the launch event, states that prior to the tools’ introduction her team had to collect 70% of their data manually. With the new products, they have now combined 120 data sources in Azure, enabling improved financial forecasting and saving “hundreds of millions of dollars”.

There’s big demand for these products, with Forrester estimating next year’s cloud data management services market at $13bn. Data warehouse developer Snowflake’s [SNOW] September IPO was the biggest in the US in 2020 and the biggest-ever debut for a software company. Meanwhile, Amazon [AMZN] has been ramping up its Redshift data warehouse, and Google [GOOG] introduced BigQuery Omni, a cross-platform extension of its BigQuery offering, to enable developers to use its product on multiple clouds, including Amazon Web Services and Azure.

Reviewers at IT Central Station gave Azure Synapse Analytics a 7.9/10 average rating, praising its scalability and user-friendly interface as well as its governance and compliance functionality. Amazon Redshift scored lower with 7.6/10, generally held back by concerns over concurrency and product flexibility. Snowflake was rated the highest of the three with an 8.3/10 rating, generally beating Azure Synapse Analytics for performance, especially at scale.

While IT Central Station does not offer a comparison with Google BigQuery, g2.com reviewers rated BigQuery 4.4/5, the same average rating as that for Azure SQL Data Warehouse (Synapse Analytics’ underlying platform), compared to 4.2 and 4.6 for Redshift and Snowflake, respectively.

Though customer reviews show an apparent advantage for Snowflake, it’s notable that Snowflake’s product has a premium price point. A study by GigaOm (funded by rival product Actian Avalanche) found Synapse Analytics to have substantially better price performance for five concurrent users than either Snowflake or BigQuery.

According to Robert Majek, analyst at Raymond James, keeping itself in contention with the major cloud players will benefit Microsoft in the long term. Reiterating a Strong Buy rating with a $235 target on 28 October, Majek praised Microsoft’s “strong competitive position as one of three leading hyperscale cloud vendors”.

Over at CNN Money, 33 analysts rated Microsoft a Buy, with 28 offering this rating. The remainder all recommended positive or neutral ratings, with two rating Microsoft Outperform and three Hold. The 30 analysts offering 12-month forecasts for Microsoft’s share price yielded a median target of $247, which would represent a 15.3% increase on its most recent close on 14 December.