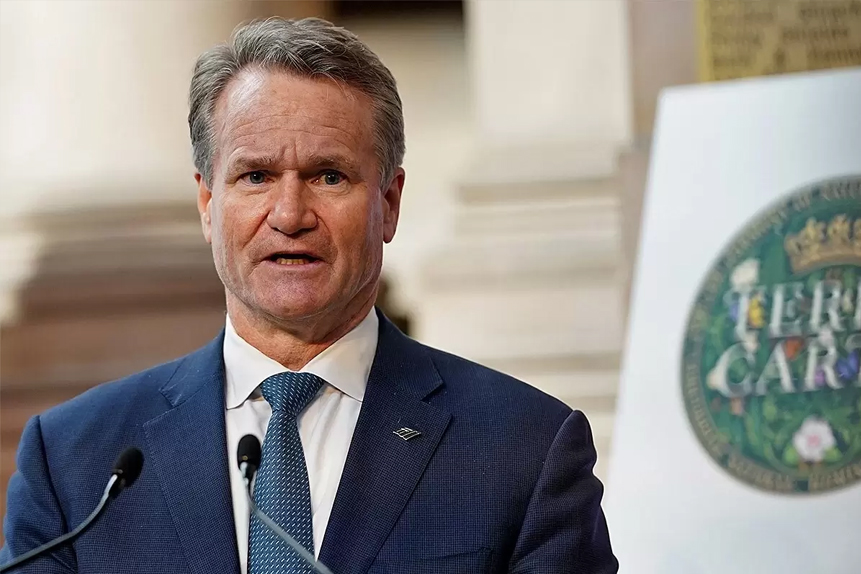 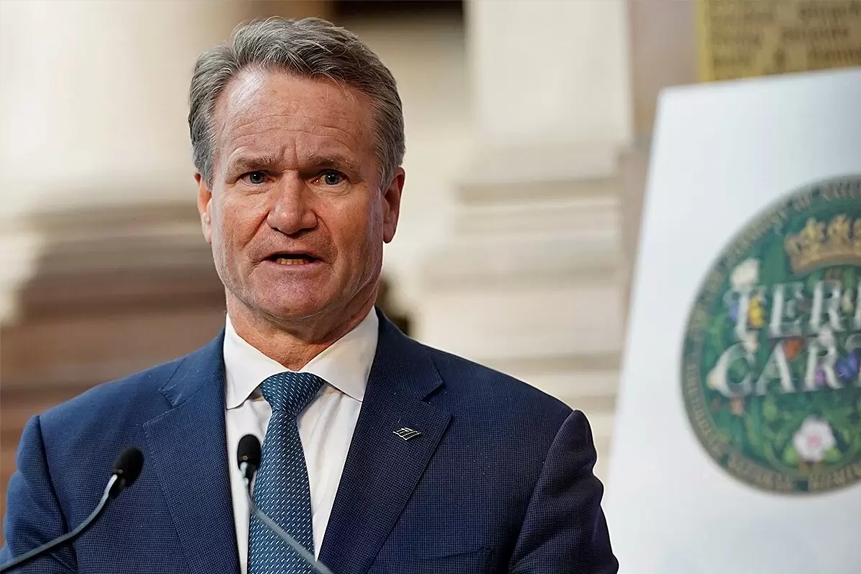 Banking giant Bank of America [BAC] is expected to report a 28.8% surge in year-over-year earnings and a 10% climb in revenues when it reports its Q4 figures on 19 January.

According to analysts at Zacks, the group is tipped to reveal quarterly earnings of $0.76 per share and revenues of $22.11bn.

Chairman and chief executive Brian Moynihan (pictured above) recently told CNBC that it had seen balanced growth between its commercial and consumer arms. “You’ve seen people borrow, the credit quality is very strong especially on the consumer side and given what we seen it should stay strong,” he said.

Analyst firm Zacks said Bank of America’s fourth-quarter figures will get a boost from its strong customer focus and rising demand for loans. It said the bank continues to align its banking centre network to customer needs, such as opening of new branches and enhancing digital capabilities.

“Initiatives to manage expenses along with a strong balance sheet and liquidity position will continue to support BAC’s financials,” it said. “Further, BAC will keep enhancing shareholder value through impressive capital deployment activities.”

A strong performance from its investment banking arm, supported by increased M&A activity as corporates look for deals and the economy recovers from the pandemic, will have helped. Equity trading is also expected to be robust.

City Index believes revenues and earnings at the bank will increase in its consumer banking, global banking, and global wealth and investment management units, offsetting a “mild decline” in its global markets division.

The expected fourth-quarter performance marks a revenue acceleration on the bank’s third quarter, when year-on-year revenues climbed 12% to $22.87bn with earnings of $0.85 per share.

“Deposit growth was strong and loan balances increased for the second consecutive quarter, leading to an improvement in net interest income even as interest rates remained low,” Moynihan said at the time.

It was also buoyed by a 23% leap in investment banking fees, a 33% surge in equities trading and a 17% increase in its wealth management division.

Provision for credit losses improved by $2bn to a benefit of $624m.

The Bank of America share price rose around 7% in the fortnight after the results were announced, keeping up the positive trajectory the stock has experienced over the past 12 months.

As of mid-January it had soared by 41% year-over-year, beating peers such as Goldman Sachs (23.7%) and JP Morgan Chase (11.8%). It should keep firing higher into 2022 if the bank performs to expectations, or exceeds them, when it announces its fourth-quarter results.

Some analysts believe that the Bank of America share price, currently sitting at around $48 at the close on 14 January, will get a huge market-leading boost by potential interest rate hikes from the Federal Reserve.

“Markets are bullish that Bank of America could be set to outperform its peers again in 2022 considering it is one of the most sensitive to interest rate hikes,” said Joshua Warner of City Index.

Piper Sandler analyst Jeffery Harte recently upgraded his price target on Bank of America to $57 from $54 with an ‘overweight’ rating. He believes, as reported by The Fly, that Bank of America is the large cap bank to own in 2022. That’s because “revenue tailwinds from higher interest rates seem more likely to surprise to the upside than the downside”.

According to Market Screener, analysts have a consensus rating of ‘outperform’ and an average target price of $50.97 on the Bank of America stock.

There are sector challenges ahead, with the Fed tapering back fiscal stimulus, likely less market volatility for eager traders and – particularly for such a consumer-facing bank – vulnerability if the economy turns sour in the continuing pandemic. There have also been some concerns raised from analysts about the bank’s valuation. Societe Generale analyst Andrew Lim thinks it is trading “expensively” at around $400bn and that its share price has limited upside.

Analysts will be watching for demand environment from consumers and businesses and their opinions on whether we are set to see a series of interest rate hikes this year. Its use of technology may also be in focus after announcing the launch of CashPro Forecasting – using AI to predict future cash positions across its clients’ accounts.