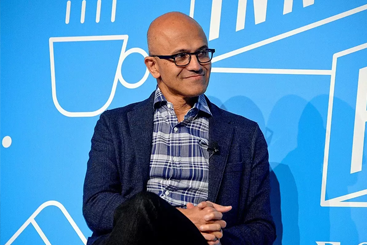 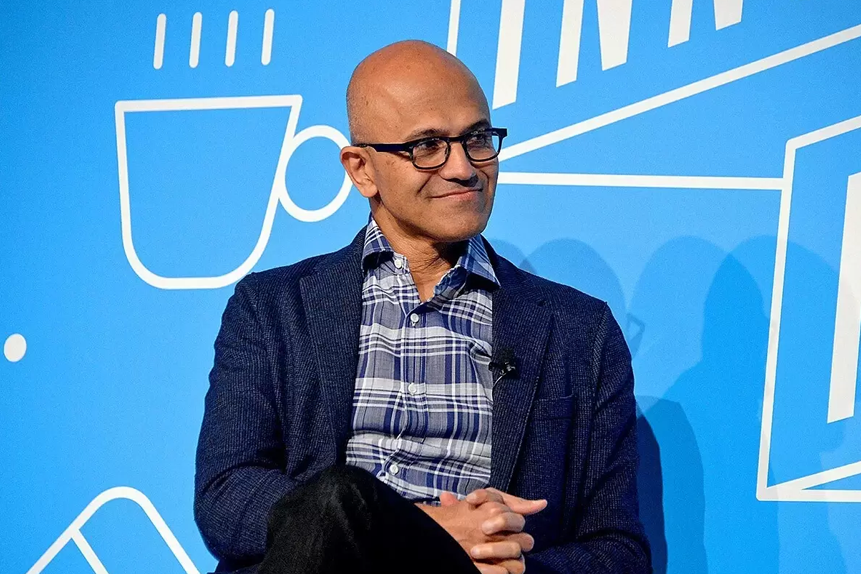 Tech giant Microsoft [MSFT] is expected to report a 12% jump in revenue and a 2% increase in earnings from the previous quarter when it releases Q2 FY22 numbers on 25 January. Analysts expect continued adoption of cloud services ‘Azure’ will be reflected in the second quarter results. The company follows a financial year ending on 30 June.

The Microsoft share price is likely to rise on the announcement of the company’s second-quarter results on Tuesday. Consensus earnings per share (EPS) is $2.31, which is ahead of the earnings of $2.27 reported in the previous quarter.

Analysts forecast revenue at $50.9bn for the three-month period, higher than the $45.3bn posted in Q1 FY22. Microsoft has a strong history of beating its revenue and EPS estimates.

“We need more innovation and investment in content creation and fewer constraints on distribution.,” said Satya Nadella (pictured above), chairman and chief executive officer of Microsoft, in December while announcing a large acquisition.

The share price has had a stellar run in recent years, rising by 54.5% in 2021. The stock has generated an even more impressive increase of 390% over the past five years compared with the S&P 500 index of 101%. During this rally, the company crossed $2trn in market capitalisation.

The price surge has been due to the significant growth in the firm’s cloud division, Azure. The Microsoft stock has been pushed higher by the pandemic, which saw many businesses adopting the cloud.

Yet, Microsoft shares have not fared well since the beginning of 2022. The stock is down 11.5% year-to-date at the close on 21 January. The decline is due to a broader tech sell-off, and investor sentiment still remains positive towards the company.

Cloud computing was the clear driver of growth. Microsoft did not disclose Azure’s revenue in dollars. However, it did say that Azure and other cloud services grew 50% year-over-year in Q1.

Rising inflation and interest rates may have sent tech investors running for cover, but Microsoft has recently made a bold move to acquire Activision Blizzard. The deal, worth $69bn, could see the tech giant purchase the video game maker in an all-cash offer. It has so far depressed the Microsoft share price.

The acquisition would boost Microsoft’s video game prospects and further diversify its revenue mix. Beyond this, Activision could significantly improve its exposure to the fast-emerging metaverse opportunity. “We need to support many metaverse platforms, as well as a robust ecosystem of content, commerce and applications,” Nadella said while announcing the deal.

Brent Thill from investment bank Jefferies maintains his ‘buy’ rating on the shares and bumped up his price target from $375 to $400 per share. UBS advises its clients to buy the stock and maintains its target price of $360.

Credit Suisse is also bullish, with a price target of $400 per share. It believes the big driver for the tech giant will be Azure and that the gap between Microsoft’s cloud product and Amazon’s AWS will continue to narrow.

On the back of its recent bid, investment firm Bernstein believes that the company could be a metaverse winner given its ability to deliver on functionality Global cloud spending is expected to continue to accelerate in 2022, and Azure is likely to continue to benefit from this trend.

In general, analysts are bullish on the Microsoft share price. According to Marketscreener, the consensus price target is $375 per share. At the close on 21 January the stock was trading at $296.03, representing an upside of 21% from the current price.

Given the overall consensus that the outlook is good for Microsoft shares, the recent dip in the stock from all-time highs could act as an entry point for investors.