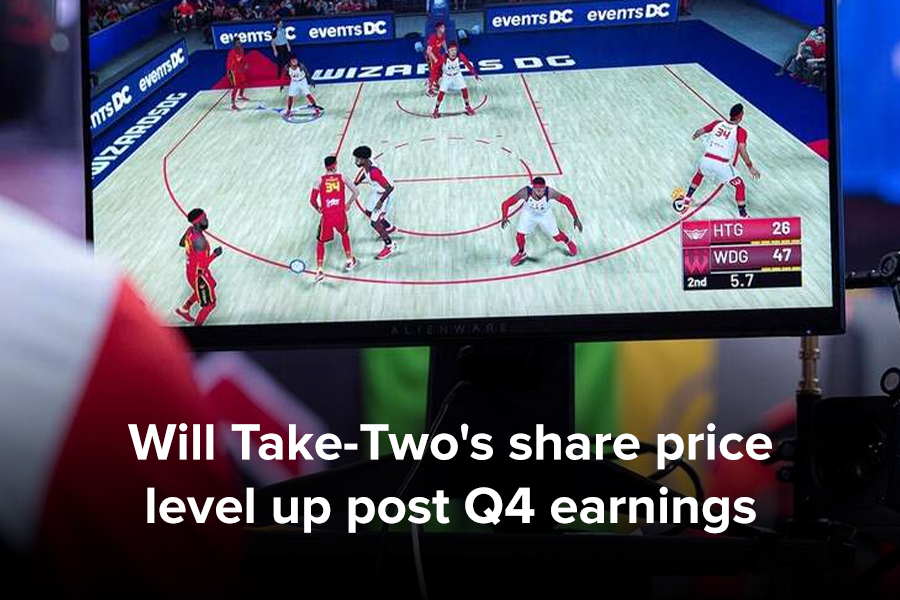 Video game publisher Take-Two Interactive's [TTWO] share price could enjoy a post-earnings surge. At least that's the view of one analyst tracking the stock. And with bored people stuck at home, it's easy to see why.

According to NPD, video game sales neared $1.6 billion in March - a huge 35% increase since the same time last year. EA [EA], Activision [ATVI] and Microsoft [MSFT] have already reported increased sales due to the coronavirus. But will Take-Two’s share price get a power-up when it reports Q4 earnings this week?

When does Take-Two release Q4 earnings?

Take-Two's share price is up 15% this year. While it might have wobbled when the coronavirus first hit markets, it’s now up over 40% since its March low.

The share price has broken through its previous all-time high, around the $138 level, trading at over $140 a share. It hit the previous high back in September 2018. That was just before the release of blockbuster Red Dead Redemption 2. Can the current demand for home entertainment see the share price continue to surge past this historic level? 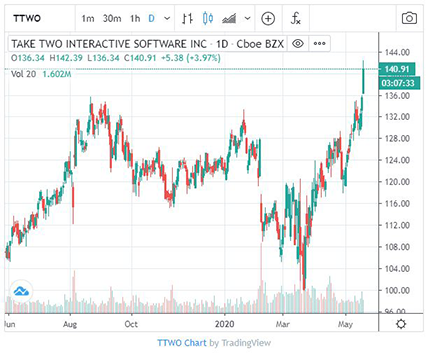 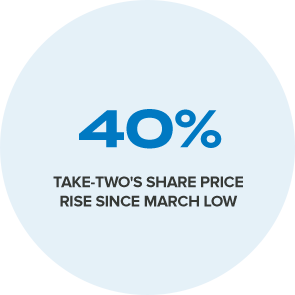 Some people have gone from spending zero hours gaming a week, to playing a couple of hours every night under lockdown. Microsoft alone has seen a 130% increase in online engagement in March and April.

Take-Two should benefit from this surge in both video game sales and online activity for its NBA 2K esports league. In February, the league saw a huge 46.22% increase in the number of players as people logged on to shoot some virtual hoops with friends. And with the actual NBA cancelled for the foreseeable future, this esports league could get bigger.

A few major teams will now complete their seasons virtually on NBA 2K, with esport players taking the place of pro-ballers. ESPN will even be broadcasting the games in June. While this might only be temporary before the real thing is back with us, Take-Two should still see a bump in online activity. 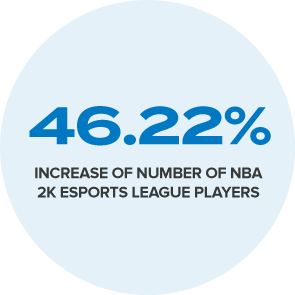 Rick Pendergraft, writing on Seeking Alpha, reckons Take-Two could break out post-Q4 earnings. His technical analysis shows Take-Two's share price had been testing an old high of $135. It hit this resistance level in both March and last August.

"The stock could be setting up for a breakout based on two factors - the former resistance in the $135-140 range and the inverse head-and-shoulders pattern. Both of those scenarios would suggest a buy point at $140."

However, if the stock dips post-earnings Pendergraft thinks traders should "target a buy in the $110 area".

A sequel to the biggest game ever?

In April, Wells Fargo analyst Brian Fitzgerald started covering the stock. Fitzgerald believes a sequel to Grand Theft Auto V - the biggest selling video game of all time - would see net bookings increase by 33% to 50%. Fitzgerald pinned an Overweight rating on the stock. His $150 price target on the stock, would see a 13% upside.

While news on GTA VI is thin on the ground, any inkling on its release will inevitably move Take-Two's share price.

What do analysts expect?

Of the 20 analysts tracking the share price on Yahoo Finance, 16 rate it either a Strong Buy or a Buy.