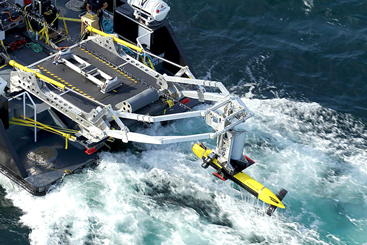 Despite a wealth of positive news surrounding products and potential profitability, Kraken’s [PNG.V] share price has plummeted over the last few weeks.

Kraken’s share price woes are disappointing considering there’s a lot to like about the marine technology company. It has received $40m in orders from both the Danish and Polish navies and its sonar platform KATFISH and recovery product ALARS are seeing growing interest in global defence and commercial markets. In February, the company received a $1.5m order for a subsea battery and $2m in funding awards, which saw Kraken’s share price spike. A further $2.2m came in March from another mixture of funding and contracts.

The company also completed successful trials of its sonar and pressure tolerant batteries with Dive Technologies. Kraken MINUS is touted as an affordable, off-the-shelf alternative to high-end sonar scan systems.

One reason for Kraken’s share price underperformance could be that both earnings and revenue slipped in its most recent results. In the third quarter, Kraken reported a net loss of CA$2.7m — a sharp downturn from its CA$0.1m net income seen in the same period last year. The loss was attributable to the sale of ThunderFishAUV the previous year. Revenue for the quarter was also down from the same period last year. Again, this was due to a one-off event — namely a large battery order that bumped up revenue in Q3 2019.

CEO Karl Kenny acknowledged the quarter-on-quarter downturn in remarks accompanying the earnings, while pointing out that “revenue is relatively unchanged on a year-to-date basis”. Over the first 9 months of 2020, revenue was more or less on a par with 2019: CA$10.2m versus the CA$10.5 million seen in 2019’s equivalent time frame. In Kraken’s analysis of the third-quarter results, the company states that quarterly revenues can fluctuate due to how orders come in.

Profitability, or at least the path to it, is foremost in investors’ minds when it comes to Kraken’s share price, writes Simply Wall Street, with the consensus view that the marine robotics company will finally break even in 2021. On Yahoo Finance, the two analysts tracking the stock are forecasting for earnings of $0.02 for the full year. Revenue is also expected to accelerate, coming in at CA$32.5m — a 113% gain from 2020’s expected CA$15.24m.

“At what rate will the company have to grow in order to realise the consensus estimates forecasting breakeven in under 12 months? Using a line of best fit we calculated an average annual growth rate of 210%, which signals high confidence from analysts,” wrote the Simply Wall Street analysts.

This type of revenue increase puts Kraken firmly in the growth category. Historically, revenues have seen hefty year-on-year jumps. In 2018, revenue came in at CA$6.71m, and CA $3.35m the year before that, according to data from Yahoo Finance.

Simply Wall Street adds that the company has managed its finances “judiciously”, with low debt and operations funded by equity capital.

Should Kraken manage to tip into profitability, then it could be plainer sailing for share price gains. Among the analysts offering price targets on Yahoo Finance, Kraken’s share price has a CA$0.97 price target — hitting this would represent a 49.23% upside on Kraken’s current price (as of 20 April’s close).