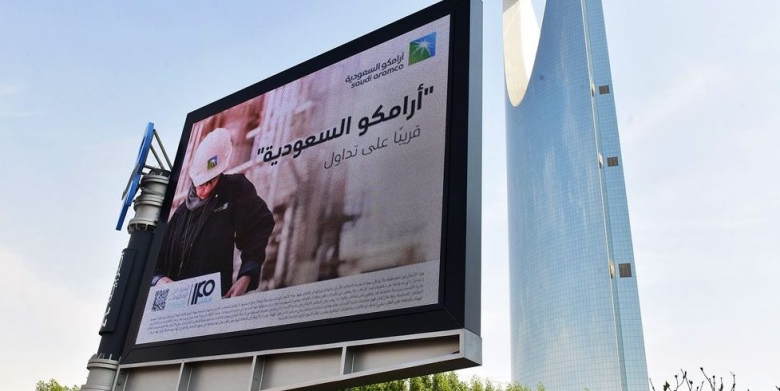 Demand for what could be the world’s biggest initial public offering will probably be high, and the price range announced by Saudi Aramco shows there’s room for the shares to rally when they start trading, according to analysts.

The company will sell shares at a range of 30 riyals to 32 riyals each, for a valuation of as much as $1.71 trillion. That’s spurred speculation the dividend yield may range from 4.4% and 4.8%, say analysts and money managers in the six-nation Gulf Cooperation Council.

There’s potential for the yield to rise “if the price of oil rebounds,” said Malik Zahir, a senior money manager at Securities & Investment Co. in Bahrain who sees dividends at about 4.5% if the offering is priced at the high end of the range. Aramco is regarded as “a very unique asset” and a “well-run company with transparent cash flows,” he added.

Saudi Aramco is seeking to raise between $24 billion and $25.6 billion by selling a 1.5% stake, putting it close to Alibaba Group Holding Ltd.’s $25 billion deal — currently the world’s largest IPO.

While the company’s valuation is below Crown Prince Mohammed bin Salman‘s $2 trillion target set about three years ago, it’s higher than the company’s fair range estimated by a majority of money managers polled by Bloomberg News.

Aramco will probably rely heavily on local investors after receiving a tepid response from international money managers. The shares won’t be marketed in the U.S., Canada, Japan and Australia. The final price and valuation will be published on Dec. 5.

No listing date has been announced.

Here’s what investors and analysts say about the offering:

A dividend yield of about 4.41% “is in line with large-cap energy companies. The company’s valuation is justified given it has the largest proven oil reserves and low cost of operations“An analysis of energy companies with a market capitalization higher than $100 billion will show that the median PE, as well as dividend yield, are 16.44 and 4.8%, respectively.”Highlights that, for 2020, Aramco has promised a dividend of $75 billion, “and the good thing for investors who buy into the IPO is the promise from management to pay stable dividends till the year 2024, even if that means reducing the payout to the government.”