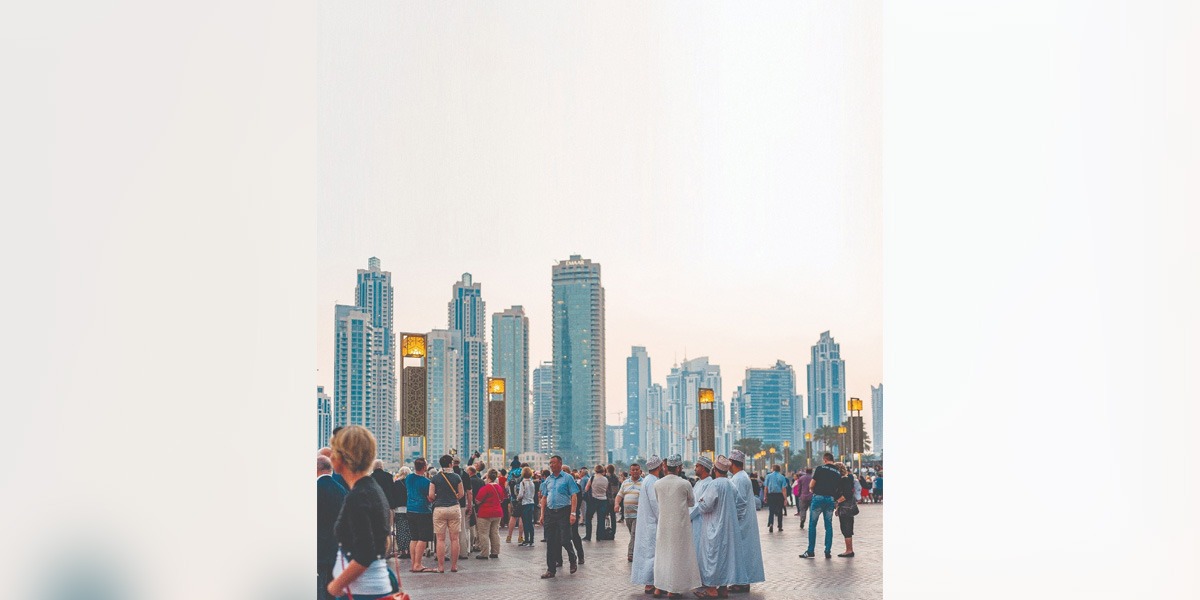 Bol News - Why Dubai is a popular second-home destination

Dubai has cemented its position as one of the top cities for expatriates due to its high-quality lifestyle and safe environment, a latest survey showed.

Referring to the survey conducted by InterNations in which more than 12,000 members participated, Zoom Property Insights noted in a report that Dubai has emerged as a popular destination for the second-home of expatiates because of its excellent infrastructure, successful strategy to handle the pandemic and introduction of visa and labour reforms.

Devesh Mamtani, chief market strategist, Century Financial, said that the UAE has a very diverse culture due to the high amount of foreign population in the country.

“It attracts people from all parts of the globe to work as qualified expatriates. This modern-day immigration has created a multicultural environment. Moreover, the UAE is just a few flight hours away for citizens staying in Europe, North America, and Southeast Asia,” he said.

Mamtani said that the country ranks at a high level on the parameters of economic, social and health stability available to the residents, which is an ideal to attract expats to treat Dubai as their second-home.

The emirate’s stable economy, which is set to expand to 4.5 per cent in 2022, is one of the major reasons for expats to select Dubai as their second-home.

The country has commenced its journey to full recovery from the pandemic and leads in initiating vaccination drives and taking precautions to maintain the safety of its residents.

“The economic diversification has recently been a priority for the UAE government and both oil and non-oil growth is driving the recovery. The International Monetary Fund (IMF) has doubled the UAE’s GDP growth outlook in its latest World Economic Outlook. Amid the pandemic, the UAE is offering a stable economy, prompting individuals to shift to the region,” Mamtani said.

The UAE Central Bank earlier forecast 4.2 per cent expansion of the economy, compared with the IMF’s projection of 3.5 per cent real GDP growth for 2022, while Japan’s largest bank MUFG predicted 4.9 per cent growth in 2022.

In addition, the emirate’s position as a business hub in the Middle East attracts many international organisations to set up their base here to expand their presence in the region. This creates abundant job opportunities for the expats, as only one in 23 workers in Dubai is an Emirati national, according to Breakingviews’ calculations.

Zoom Property Insights noted low tax-base, safety, diversity and remarkable infrastructure are some of the reasons accredited to the popularity of Dubai among the expatriates. However, the latest labour and visa reforms are proved a game changer, as the expats now have many options for long-term renewable visas under flexible work environment in the emirate.

Highlighting how visa reforms are changing things in Dubai, Ata Shobeiry, CEO at Zoom Property, said that Dubai has always been a favourite destination for the people, seeking a home away from their homeland. However, some people were reluctant because of no permanent residency in the Emirate.

“Things are changing at a rapid pace ever since the visa reforms have been announced last year. The availability of golden and silver visas has changed the mind of many people who are now considering buying property in Dubai and choosing it as their second-home,” he said.

Apart from the recently introduced long-term visas, the federal institutions have introduced green visas and freelance visas, which will be exclusive of employment status in the UAE.

Other new facilities include remote work visas, golden visas, and multi-entry tourist visas. These schemes have attracted and will continue to pull innovative minds to the nation.

Mohammed Shaheen, CEO of Seven Capitals, said that the introduction of long-term residency programmes and visa regulations, as well as the government’s efficiency in handling the Covid-19 situation, have been a game changer for Dubai; particularly for the real estate market, which has seen a surge in both investors and homebuyers purchasing second homes in Dubai.

“The reforms in the corporate sector has also leveraged emirates position to be one’s favourite. With the announcement of 100 per cent business ownership for certain activities, the city has also attracted more entrepreneurs with innovative business ideas,” Shaheen added.

“With Dubai being one of the few cities in the world where business is closest to becoming normal, and a place you can still travel to without quarantine — one which has been recognised for managing the pandemic really well — more and more people will move here to live and work in the future,” he said.

Mamtani said that the lack of direct income tax on the residents of the UAE is a major advantage for any individual who ventures to the country.

Zoom Property Insights said major part of Dubai’s residential market falls under the affordable segment, despite an increase in the property prices, as expats will have to pay much higher rates in New York, London and Hong Kong to own a property.

This, coupled with a lower cost of living in Dubai and low taxation base, allow expatriates to increase their savings while leading a premium lifestyle.

Further, the process to buy property in Dubai is quite straightforward for both locals and expatriates. The market currently favours buyers, as they can benefit from the reduced mortgage rates, affordable property prices, and convenient payment plans.

Dubai’s cosmopolitan vibe and upscale lifestyle attract many people looking for a second-home beyond the geographical boundaries of their homeland to improve their living standards.

The presence of various tourist hotspots such as the world’s tallest building Burj Khalifa and only seven-star hotel Burj Al Arab also attract millionaires and celebrities to buy property in the emirate.

The emirate is also geared up to promoting an active lifestyle as His Highness Sheikh Mohammed bin Rashid Al Maktoum, Vice President and Prime Minister of the UAE and Ruler of Dubai, recently tested the new cycle path at Jumeirah Beach.

Besides, being a second-home to many, Dubai also maintains its reputation as the most preferred tourist destination, as it managed to welcome 7.28 million visitors last year, despite the global pandemic, according to the latest official data.

“Dubai remains an attractive and popular destination for expatriates and ultimately it will benefit the emirate’s property sector,” Shobeiry said.