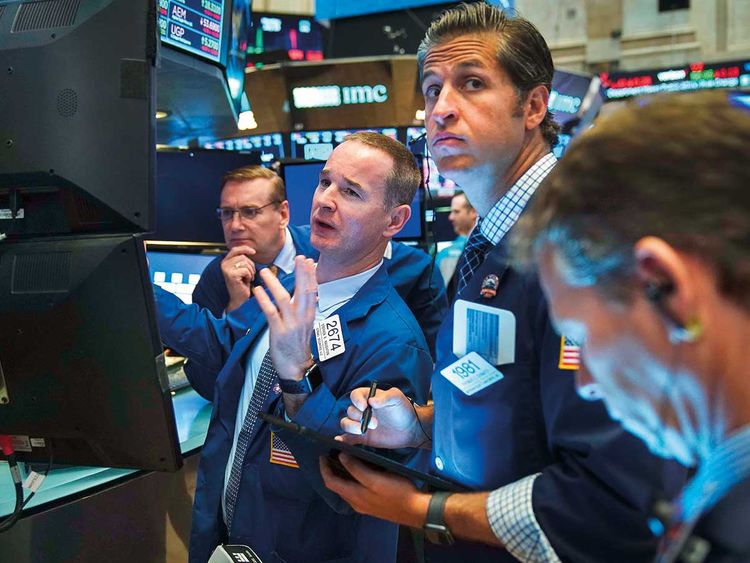 Dubai: With global markets having had a historic meltdown on exasperating concerns of a fast-spreading pandemic, investors are hoping for a turnaround with more central banks intervening this week.

Investors last week were fretting over the lack of urgency from governments worldwide in taking steps to push more liquidity into markets, fueling panic stemming from an escalating coronavirus outbreak.

“Global equities are likely to remain in a state of turmoil in the short term,” said Vijay Valecha, Chief Investment Officer at Century Financial, a Dubai-based financial services provider, but added that market attention will for now shift to next week’s US Federal Reserve meet.

Shareholders on Wall Street are optimistic the US Federal Reserve will join in with more stimulus measures this week, with a queue of central banks having already pledged money into the banking system. Markets are expecting at the most a 100-basis point cut at this week’s Fed meeting.

“We are skeptical that such deep rate cuts are necessary or sufficient as a policy response,” said Steve Englander, global head of foreign exchange research at Standard Chartered.

Market commentators have also begun to voice how it will take lot more than rate cuts to rescue markets, with all three Wall Street benchmarks still 20 per cent below their February peaks, the definition of a bear market.

But for now stimulus moves will continue, in hopes that market uncertainity and resulting volatility will lessen.

So far, in Asia, China’s central bank said it would inject $79 billion and the Bank of Japan agreed to a $1.9 billion rescue package. Governments in Thailand, Indonesia, Singapore and Malaysia have too hopped onto the bandwagon, with Australia pledging to add $5.4 billion.

Governments across the Asia Pacific have displayed greater willingness to take fiscal policy to the frontlines against outbreak, analysts at Barclays wrote in a note soon after moves by the region’s central banks. In Europe, Norway and Sweden’s central banks has also announced similar initiatives.

Barclays analysts expect rate cuts in the Philippines and Taiwan at their central bank meetings this week. They also forecast further rate cuts in India, possibly before the next scheduled meeting.

As more governments step in to stop a financial avalanche that threatens to bury risk assets and throw the world into a deep recession, the questions that remain are will that be enough and what more can be done to bring stability back to markets.