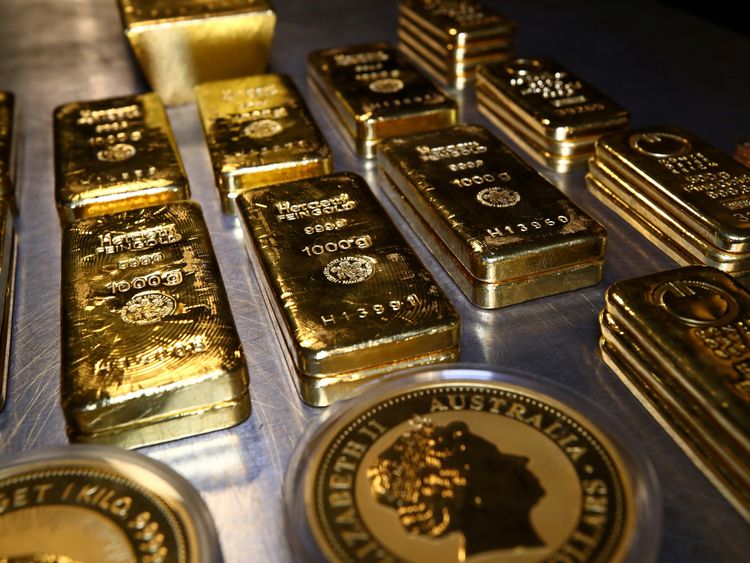 Gulf News - After Monday's turmoil, global stock markets see some calm - but will 2022 turn into 'Year of the Bear'?

Dubai: So, will this be the ‘Year of the Bear’?

On Monday, the S&P 500 in the US slipped into ‘bear mode’, with the index down over 20 per cent from its January high. And in Asia early Tuesday, key indices – Nikkei, Hang Seng – are in the red, while India’s Sensex shed 1,400 points on Monday but started Tuesday trimming losses. So far, in Asia, it has not been a market bloodbath as many had feared. Clearly, investors, for now, seem to be taking a lot of hope from US stock futures trading in positive territory.

The next 72 hours would then provide a better glimpse of where global stock markets, currencies and assets are likely to head, with the US Federal Reserve to announce another rate hike Thursday. Will this be the 0.50 per cent increase that everyone had been planning for since May? Or will the Fed feel the need to get more aggressive on rate hikes and go in for a 0.75 per cent increase? And match that with another hike in July?

As always, when things turn dicey for markets, gold comes roaring back into contention. Gold prices dropped $50 an ounce in these last 24 hours to be at $1,826 an ounce. Watch out for some more action in the next few days.

Mohammed Shaheen, CEO of Dubai-based Seven Capitals, isn’t too keen about cramming in too many rate hikes as a counter to curbing inflation. “If they hike rates too fast, they risk depressing the economic recovery after Covid and even tipping economies back into recession,” he said.

"(For investors), the best hedge against inflation, historically, depends on the time frame. Commodities are often cited as a good bet for keeping up with the cost of living, especially gold."

On Monday, the DFM closed 2.64 per cent down, with all the blue-chips showing up in red, and in Abu Dhabi, the key index was in negative 1.78 per cent. Real estate stocks could be under pressure as investors factor in the next rate hike this week and what this would mean for mortgage demand among end-user property buyers. Plus, what it would mean for overseas investors as the dollar keeps gaining in strength against other currencies.

Early Tuesday, DFM was trading positive, with Emaar and DIB in the forefront, while ADX trimmed overnight losses and was 0.12 per cent down at 10.21am. DFM general index is up 0.35 per cent.

According to Vijay Valecha, Chief Investment Officer at Century Financial. “The FTSE ADX and Saudi’s Tadawul both clocked a 11 per cent return on a year-to-date basis. Gulf markets too would face further market declines as oil prices would also face pressure on account of heightened economic worries.

Now might be a good time to look at gold again, especially if you are a shopper. International bullion price is at $1,827 an ounce, down nearly by nearly $50 in the last 24 hours. The Dubai Gold Rate is at Dh208.25 a gram and will drop further when the first pricing of the day is announced shortly. This is easily the most accessible level gold has been for shoppers in recent weeks – shoppers in the UAE will however be waiting to see more price drops before they venture to pick up more gold.

“Gold prices are under pressure as Wall Street reassess how aggressive the Fed will have to be to get inflation under control,” said Edward Moya, Senior Market Analyst at Oanda.

A safe haven? Not by a stretch. Bitcoin’s price struggles continue, though there has been a slight improvement from Monday’s closing at $20,800. Bitcoin is now trading at $21,929.

So, should crypto investors ride out this storm by sticking to the sidelines? “Investors shouldn’t be trying to day trade Bitcoin, and rather look at the longer-term play for it,” said Fred Pye, CEO and Chairman of 3iQ Corp., which has a crypto fund listed on Nasdaq Dubai. “Bulls in this market will typically wait to see stability versus trying to call the bottom. We can expect a return to the bull market in the next year or so.”